Epic Games Store Gets Reviews and Polls in Latest Update 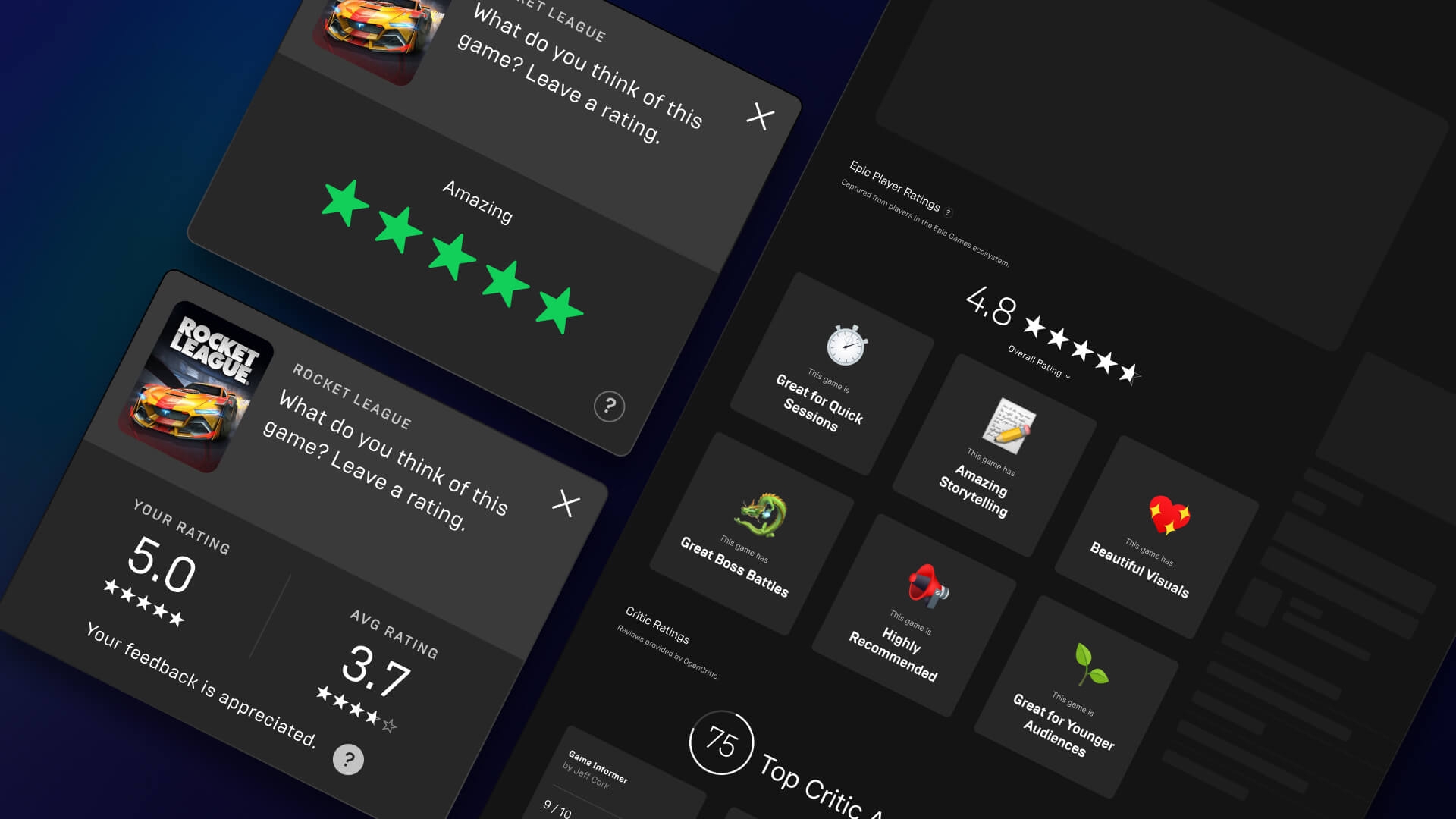 Epic Games has announced a new update for the Epic Games Store that will add Ratings and Polls to the storefront. Announced through a blog post. The new features are meant to be a new way for players to provide feedback for games they like and dislike directly on to the Epic Games Store.

The Epic Games Store launcher will automatically request feedback from random players after playing a game or using an application on the platform. The request only comes up after the player has spent more than two hours with the game or application, and will ask them to score the game up to five stars.

Over time, these scores will populate the store page for the game, which will then feature an “Overall Rating” that indicates general player feedback and response about the game. The decision to ask random players for feedback comes from an attempt to curb the potential review bombing of games.

The Polls part of the Ratings and Polls update will involve asking players for their opinions on various aspects of a game. Examples on the official website include asking a player if Rocket League is better to play with a team, or asking a player how challenging they find the combat in Fortnite.

After getting enough answers, the Polls will then generate tags that will help categorise and organise the Epic Games Store. Tags on any game will grow over time, allowing players to get a better idea of what to expect at a simple glance.

‘Final Fantasy 14’ patch 6.2 details to be revealed early next month