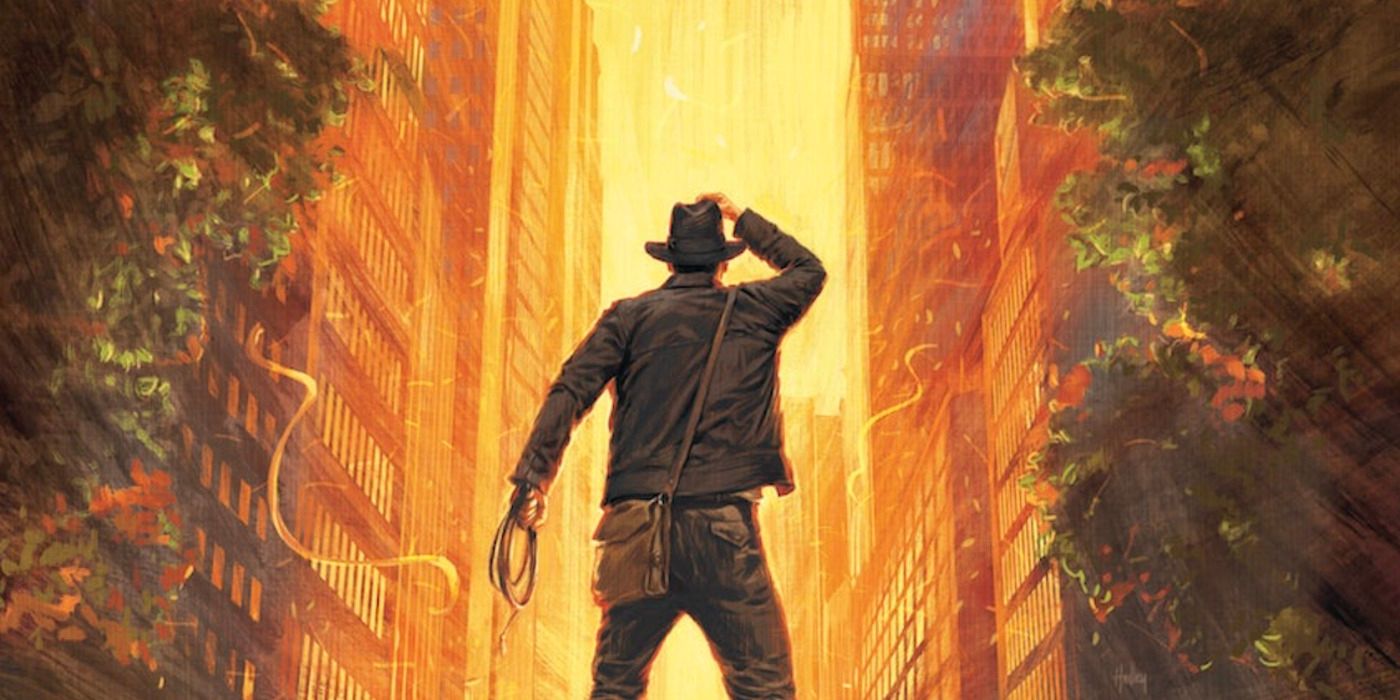 Details about the fifth installment of the adventures of one of cinema’s most famous characters are starting to roll in. In Indiana Jones 5, star Harrison Ford will reprise the iconic role he first played in 1981. Empire Magazine has revealed exclusive covers for the upcoming issue, which features Indy with his usual nonchalant stance and intense gaze.

To date, not much has been divulged about the movie as it builds suspense on what’s in store for the adventurer. The cover, released on Empire’s website, promises the issue will unveil the top-secret film’s first images and first interviews. The exclusive subscriber cover illustrated by Sam Hadley shows Jones bathed in golden light venturing into 1960s New York City. Noting that the plot line for the fourth movie, Kingdom of the Lost Skull, occurred in 1957, the next film will be set some time later. A set photo from last year shows a chase that occurred in a New York parade for the returning Apollo 11 astronauts in 1969.

Just like Indiana Jones and the Kingdom of the Crystal Skull, 2023’s Indiana Jones details have been shrouded in secrecy. In May 2022, Ford made a surprise appearance at Star Wars Celebration Anaheim to debut the first image of the upcoming movie. He said that “we have almost completed the next Indiana Jones film.” Ford added that he is proud of the movie noting that he will be “see you on the campus,” teasing a return to form by the professor.

Executive producer Steven Spielberg, who directed the four films in the series, will not be in the director’s chair this time. He passes on the torch to James Mangold, saying that there will be a fresh perspective to the story. This leaves the legacy of the story in the hands of Mangold who is best known for his work on Logan, and has earned a nomination for the Academy Award for Best Picture for his 2019 sports drama film, Ford v Ferrari.

John Williams, whose scores for the previous Indiana Jones films were major components of the movies, will compose the music for the fifth and final entry of the series. John Rhys-Davies will be returning as Sallah, Jones’ ally from the first three films. Phoebe Waller-Bridge has been confirmed to play a major role named Helena. Other cast members to join Ford will be Mads Mikkelsen, Thomas Kretschmann, Boyd Holbrook, Shaunette Renée Wilson, and Antonio Banderas.