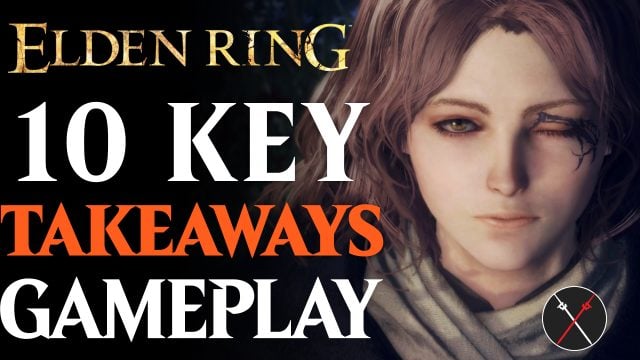 Elden Ring Gameplay was shown publicly for the first time yesterday by Bandai Namco, and with it many new features and secrets of have come to light that weren’t previously known. For instance, we got to see Pot Boy for the very first time, and it was absolutely fantastic. However, there are many more things that may have gone unnoticed by those who have not seen gameplay previously. In this article, I want to cover what these are from the perspective of someone who saw a completely different demo a couple of months ago.

The following are my 10 biggest takeaways from the new Elden Ring Gameplay Reveal, and are things that have me even more excited for Elden Ring for the most part. Let’s get into these and see what they are. 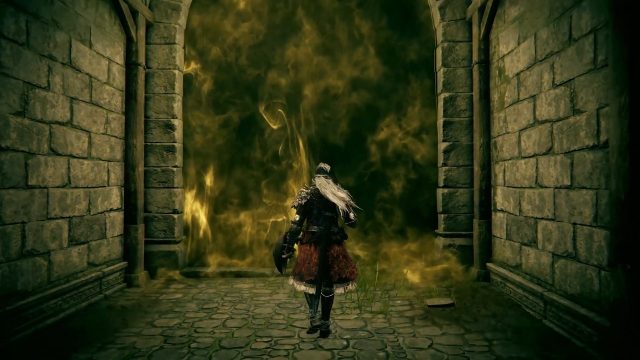 Visually Elden Ring looks far better than the presentation I watched back in August, and it was the first thing that I noticed when watching the new gameplay. Not only did the textures look improved, the dynamic lighting was much more prominent, really showcasing that From Software has advanced their engine more than I’d previously realized. 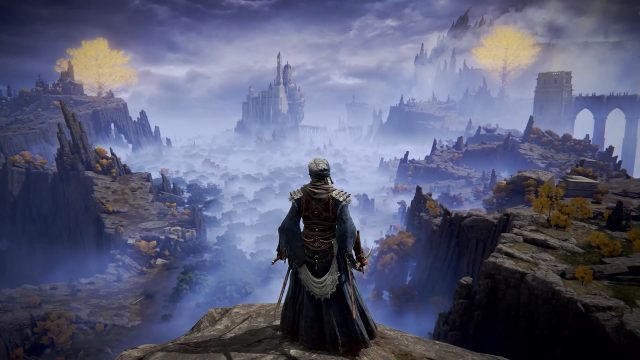 The graphics are not as good as the now 1 year old Demon’s Souls Remake, but that’s to be expected since Elden Ring was designed for last gen consoles as well as modern systems. Additionally, the game is open-world, meaning much more has to be rendered at the same time, which is considerably more challenging to pull off. I can only assume it will look even better in a non-YouTube compressed format.

9. World Tendency is Back

World Tendency was arguably one the most interesting mechanics From Software ever introduced with Demon’s Souls, as it allowed them to use the same locations and assets, yet change them based on your actions inside said world. And although Dark Souls sadly didn’t use this mechanic, it was reintroduced to a lesser degree in Bloodborne with the different positions of the Moon. 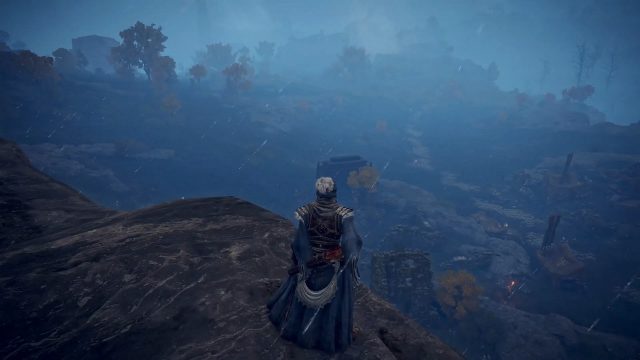 Since Day and Night cycle is a thing in Elden Ring, it would seem to indicate that various encounters and events will only take place at certain times of day, and therefor acts as a pseudo World Tendency. Players will now not only have to visit various locations of the Lands Between during the Day, but also at Night to see every part of Elden Ring. Bookmark the Wiki now, because you are going to need it!

When we asked From Software about Pot Boy in our interview with them at Gamescom they said the following:

The pot boys… we hope that players can explore and find their own answers in regards to the pot people. You are free to befriend them if you wish, but we CAN’T promise that you won’t have to SMASH THEM.

However, that was as much information as anyone had about them until now. Alexander, Iron Fist makes an appearance in the gameplay footage and the protagonist helps him out of his plight. It’s hard to tell what role Alexander will have in the game’s plot, but he appears to fulfill the “Onion Knight” role at first glance, having a similar whimsical voice and tone. 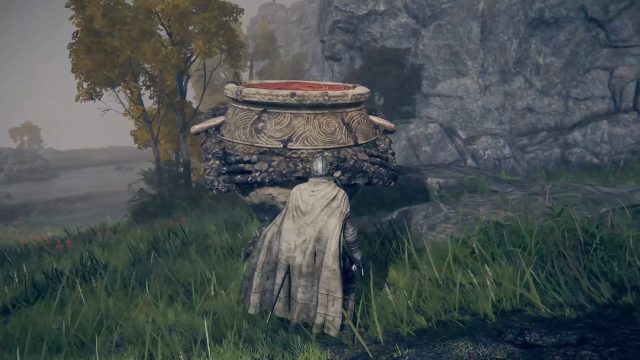 Based on our interview it would seem there may be more “Pot People”, so it’s very likely Alexander is not the only one. Perhaps we’ll see a darker counterpart, not unlike Kaathe was to Frampt in Dark Souls. Pure speculation, but it’s fun as hell to do!

7. Attributes Are a Bit Different

While the Attributes in Elden Ring look much like ones you’d expect to find in a From Software title, with the usual suspects making an appearance: Strength, Dexterity, Intelligence, Faith, Endurance, and Vigor. There are some newcomers as well, which include Mind and Arcane. You’ll note that Agility is not included as we previously reported, and I am reasonably confident that it was a placeholder name for Dexterity, or something was lost in translation at the time of our interview with From Software back in August. In any case, there is no Adaptability stat or anything like that. 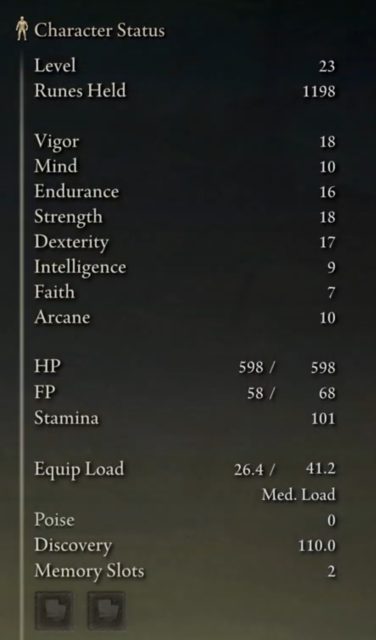 Mind is likely some sort of mental resistance, while Arcane could be any number of things such as Attunement, Luck or something else entirely. But one thing that did catch my eye is that Equip Load showed “Med. Load”, which likely signals there will be a Fast, Mid and Fat roll depending on your Equip Load. This will likely be a percentage of your total Equip Load for these breakpoints, and Strength now affects Equip Load, which is a departure from previous Souls games.

6. Item Crafting Has It’s Own Tab

As seen in the gameplay reveal, players can now actually Item Craft on the fly, meaning they don’t have to huff it or fast travel to the nearest “bench” to make these items. There is a menu that shows your known recipes, and allows you to craft Items if you have the materials where ever you are out on the landscape. 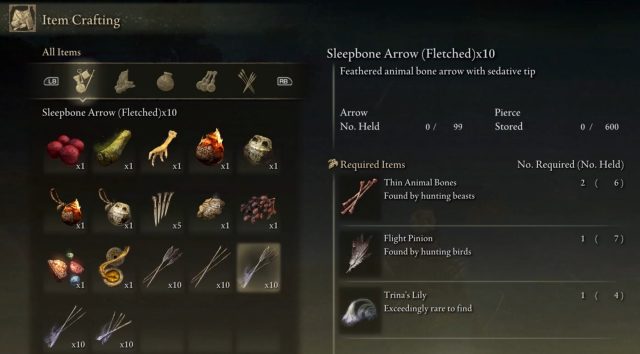 We know that players can gather materials from slaying animals as well as picking them from plants, but there may be other ways as well that have not been revealed yet. Regardless, Crafting has never been a huge part of From Software games, outside of Boss Soul Weapons, so this is a massive change, and one that I am very excited for!

5. The UI is Similar to Dark Souls

The UI, although a different color that Souls games, seems to look more or less the same as past titles. That is to say, it has the same UI style that is immediately recognizable as From Software’s, even without knowing what game you are talking about just by looking at it at a glance.

How this will apply to the UI while you’re exploring and fighting remains to be seen, but we know there is HP, Stamina and FP. Since FP works much the same way that it did in Dark Souls 3, if not identically, I would not be surprised if the UI was also nearly the same or identical. I guess we’ll find out next week during the Network Test.

4. Sleep Arrows and Summons Are a Game Changer

If you’ve been following the gameplay reveals at all, then you know that Sleep Arrows can now be used to put even some of the largest enemies in Elden Ring to sleep, even though this was not shown in the gameplay reveal that was seen publicly. In our demo in August, a large giant was put to sleep that the player then slipped by with ease, bypassing a difficult encounter entirely. 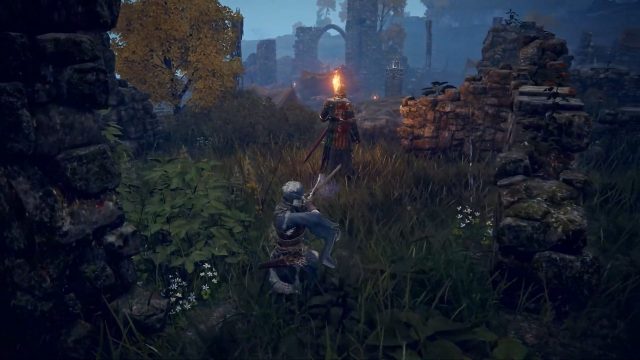 What we learned from the recent gameplay is that Sleep Arrows seem relatively easy to craft, as the player bangs out 30 of them in mere seconds. Additionally, Summoning Spirits seem to reduce the difficulty of certain encounters by giving enemies other targets to focus upon. If these can be used regularly as well, the combination of these two mechanics would seem to shift the difficulty of Elden Ring to the easier side of things, and it’s quite likely players may have to self impose some restrictions to up the difficulty. Challenge runs are not new to the Souls community, but we may see far more players partaking in challenge runs in Elden Ring than ever before.

One co operator in the recent gameplay video is actually an orange hue, not unlike the Sunbros from Dark Souls. However, this was not the case in the gameplay demo that I saw previously, leading me to believe there is indeed a Sunlight covenant of sorts. You can see from the dungeon gameplay, that the second co operator does not have this glow, making it even more likely this is the case. 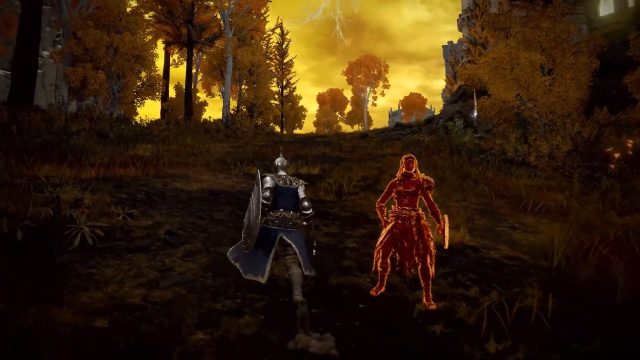 We do know that Covenants will be a part of Elden Ring in some form, based on our interview with Yasuhiro Kitao, and he did say that while the mechanics of these were still being finalized, they would likely be familiar to those who have played past From Software games. Praise the Sun!!

Based on the new gameplay footage, Fall Damage is either completely gone or plays such a little factor in exploration that players will likely die to gravity far less often than in previous From Software titles, maybe not even dying at all. This allows for freedom in exploration, letting players reach areas they never would have thought possible in previous games. 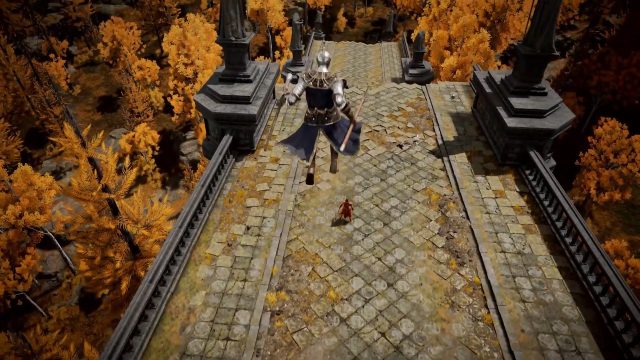 However, this could potentially have huge implications in PvP, as players may be able to jump off rooftops onto unsuspecting foes, not unlike Splinter Cell or something of a similar sort. I can already see the meme PvP videos of this happening in my mind, and it’s definitely a game changing mechanic.

Elden Ring feels and looks more alive than any previous From Software game to date, as seen in the footage. Trees sway in the breeze, and grass moves as you explore the landscape, and birds fly overhead. The phenomenal use of lighting makes things look a bit more real than they ever have in a From Software title, and it is arguably the biggest change, particularly the position of the sun in relation to the landscape. 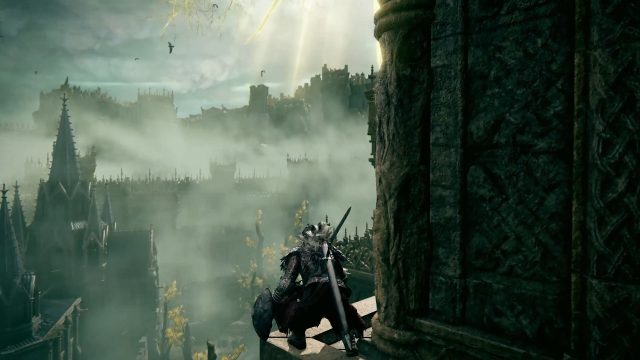 Immersion is such a huge factor in open-world games, and the lack of movement that many other From Software games have had in the past would simply have killed this in Elden Ring. Thankfully measures have clearly been taken to avoid this, and exploration looks like it will be more enjoyable than any previous From Software game, and many players (myself included) are absolutely in love with exploring the Souls games.

I’ve never been more optimistic than I am at this moment about Elden Ring, even though it looks far more like Dark Souls than many players probably imagined. It’s been nearly 6 years since the release of Dark Souls 3, and I can’t be the only one that is craving more in whatever form or name From Software decides to give it.

I think it’s clear to see from looking at the new footage that Elden Ring has come a long way already from when I saw it back in August, which gives me a ton of hope for this game, one that I was nervous could be possibly be delayed again. Not only do the visuals look markedly better, the audio is outstanding, and the sense of aliveness Elden Ring has really pulls you into the Lands Between. This may be the most immersive From Software game to date, and that is very much a good thing!

The first Closed Network Test takes place on November 12th, beginning at 3AM PT for both Playstation and Xbox. I hope you managed to get into it, but if not, I’m hoping to get some codes from Bandai to give away to a lucky few. I’ll keep you updated on this when I have more information, and don’t forget to bookmark the Elden Ring Wiki, as you’re going to need it to find all those sweet items in the Closed Network Test so you don’t miss out on anything!

Pet Master free spins – Daily links that you can use

Six Reasons To Be Excited For Live A Live, A Modern SNES RPG

Endling – Extinction is Forever Preview – The Last of Cubs

Destroy All Humans 2: Reprobed Preview – The Latest Trailer Shows Off A Co-Op…