Diablo Immortal release date and the rest you need to know 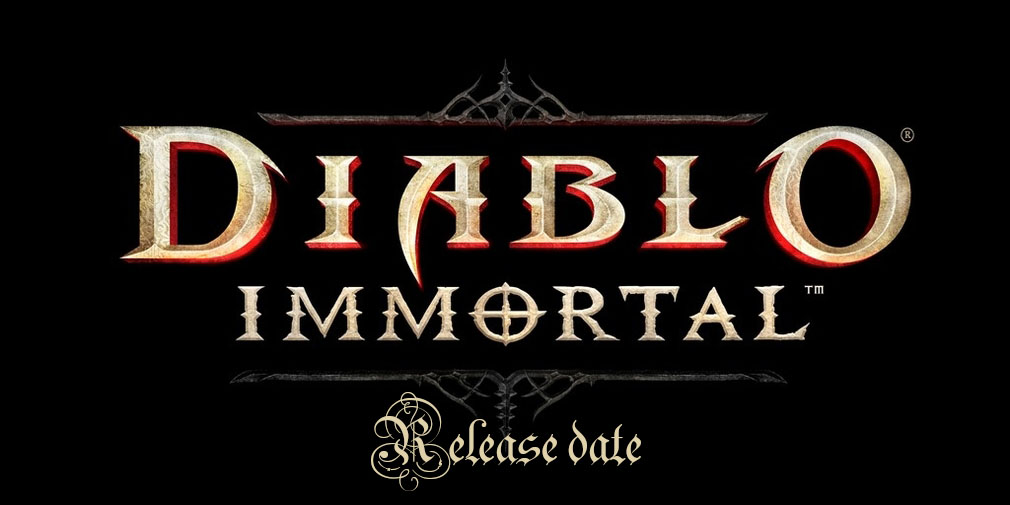 Back in 2018 when Diablo Immortal was first announced at BlizzCon, it didn’t receive a… positive reaction. However, some time has passed since then, and more news regarding the game has been released. Many people have changed their minds in regards to the game, while others have stood by their choice. No matter which side you fall into, the opinions will always be split – even after the official release.

As for how exactly the gameplay will be, that’s an entirely different story. And since you are here, chances are you’re trying to find out as much as possible before forming an opinion on it (or you are desperately looking for reasons to change your sour first impression, which is the case for myself). Either way, we’ve got you covered. Below you’ll find everything we know so far about Diablo Immortal.

What is Diablo Immortal?

To those who are not yet familiar with the age-old series, Diablo is an aRPG (action role-playing game) that was first released back in 1997. Diablo Immortal is the latest entry announced for the series, and it will feature the same style of game, but on a different platform: Mobile.

The action in Diablo Immortal takes place sometime in between Diablo II and Diablo III, tying this title to the pre-existing series through the main storyline, while still being relevant in and of itself for players who aren’t familiar with them.

Players will have to find and destroy shards of the Worldstone in order to keep the cultists and the undead at bay and prevent any world-threatening scenario. As you might have guessed, there will be a battle between “good and evil”, or rather, between the “Immortals” and the “Shadows”.

While the game will experience several familiar features, such as the destructive environment, Rifts and quests, there is one major difference that basically places Diablo Immortal in an entirely different universe from Diablo II and III – the skill casting. Mana will be completely removed, as well as every other class-specific resource. Instead, a cooldown system will be in place.

Who is developing it?

The game will be a collaboration between Blizzard Entertainment and NetEase, which is a well-established company with plenty of popular titles under its belt. From Onmyoji to LifeAfter and Extraordinary Ones, the company is known to be a force in the mobile gaming scene.

When will Diablo Immortal be released?

Finally, we have the official release date for Diablo Immortal, and it’s June, 2nd, 2022! You can check the announcement in the video below.

If we check on Play Store, we will see the “coming soon” placeholder, and can pre-register for the game there too, and since March 28, 2022, Apple users are also able to pre-register, and you’ll both get a nice set of Horadrim Cosmetics.

In one of their announcements, Blizzard stated that the closed beta will start on October 28th, 2021. The sad part is that it will be limited to Canada and Australia for now.

In November 2021, the Diablo Immortal closed beta got expanded to Japan, China, and South Korea. They also announced Necromancer as the latest addition to existing classes. It also had a couple of patch releases and a first official event!

As of February 24th, 2022 the closed beta has just come to an end, and that takes us one step closer to the official Diablo Immortal release date.

How will Diablo Immortal play?

In Diablo Immortal, the graphical style will be a mish-mash between Diablo II and Diablo III – not as simple and pixelated as in II, and not as “smooth” as in III. Fairly simplified isometric graphics make adjusting to the mobile platform a lot easier, so don’t expect them to be highly defined as in other mobile MMORPGs.

Why has the game has not been released yet?

There could be a number of reasons why the game has not yet been released, and why there has been such little information on it. For start, the world hasn’t exactly been the same – the COVID-19 pandemic hit, and that set back everyone, including developers worldwide. Secondly, after BlizzCon 2021, we know that Blizzard is also working on other titles in parallel, including Diablo IV. Could it be that they’re dedicating fewer resources to it? We don’t know.

All we know for sure is that the game is currently an alpha testing in Australia and that only means it’s bound to release sooner or later (let’s hope for the former).

Can we play it on PC?

The short answer to this would be no, Diablo Immortal will not be playable on PC. If you are running emulators, it could be possible, but they’ll need to have the following requirements:

Will Diablo Immortal be on Switch? What about controller support?

What we know for sure is that the game will feature touchscreen controls – yes, Nintendo Switch does indeed have touchscreen capabilities, but sadly we can’t say for sure that it will be available. If we were to rely solely on what Matthew Burger said during a Q&A session at BlizzCon in 2018, “Yes, it’s also on the Switch. You’re right!”.

New in! On February 24th, 2022 it was announced that Diablo Immortal has finished updating some of its control support features, so we’re happy to see that it’s more than just a rumour. We’ll actually get controller support in Diablo Immortal, even if it might not be at launch.

TLDR; we might not get controller support at launch, but it’s most certainly something we will see in the future.

How to play Diablo Immortal?

At the moment, the game is in closed beta stages, which is locked only for Australia, Japan, Korea and a few other regions. Make sure you follow the official Diablo Immortal Twitter page because they sometimes hold random draws where players can win access to the closed beta.

The game will be available for free, it will be completely free-to-play, but there will be some sort of monetization and IAPs. Of course, it’s Diablo, so all of the equipment will be available only via grinding (hopefully not for hundreds of hours!).

Most of the IAPs will consist of Crests, which will be used with Elder Rifts for varied rewards, Reforge Stones, Specialized Reforged Stones, and – you guessed it – a battle pass!

When it comes to new names, there will never be a shortage of them. However, in the Diablo world, this is something quite different. While we’re eagerly expecting new names, those names need to meet certain player expectations. Diablo Immortal and Diablo IV are 2 different games – the former is a game entirely for mobile, while the latter is a PC game.
As for Diablo Immortal being cross-platform, that won’t happen.

Now that we’ve shed some light on some of the crucial aspects of the game, let’s take a look at some more information that you might be interested in. We won’t get into too much detail, so you should find these brief answers short and to the point.

Q: What are the classes in Diablo Immortal?

A: The current classes are: Barbarian, Monk, Necromancer, Wizard, Demon Hunter, Crusader. For more info, take a look at our classes guide.

A: Yes, it will be. At the moment the game is in the alpha testing period, but once it will be released, it will be available for iOS users.

Q: Will Diablo Immortal have PvP?

A: YES! It will have a PvP feature, the Battlegrounds, where players can partake in 8v8 PvP battles.

A: Most certainly it is not. We expect it to be released in June 2022!

A: The game will be online, so players will require a steady connection to the internet.

Q: Will Diablo Immortal be pay-to-win?

A: There is no certain answer to this question at this point in time. While we’re all too familiar with the mobile games being mostly p2w through microtransactions, the actual game requires people to acquire their equipment only by playing and slaying enemies. Unless there will be some sort of trade system which turns premium currency into game-tradeable items, it probably won’t become pay-to-win.

Q: How to gain access to the alpha/beta testing in Diablo Immortal?

A: To gain access to alpha or beta testing, you’ll need a special key. Follow the game’s social media, because sometimes they hold alpha testing access giveaways. At the moment, however, the beta phase has just come to an end and that means we’re one step closer to the official release.

Q: What are Warbands in Diablo Immortal?

A: Warbands are a feature meant to encourage players to team up, sort of like parties running dungeons. That has been expanded in the beta testing and we’re definitely going to see it introduced in the official launch.

What is Today’s Quordle Answer? 1 May – GameSpew