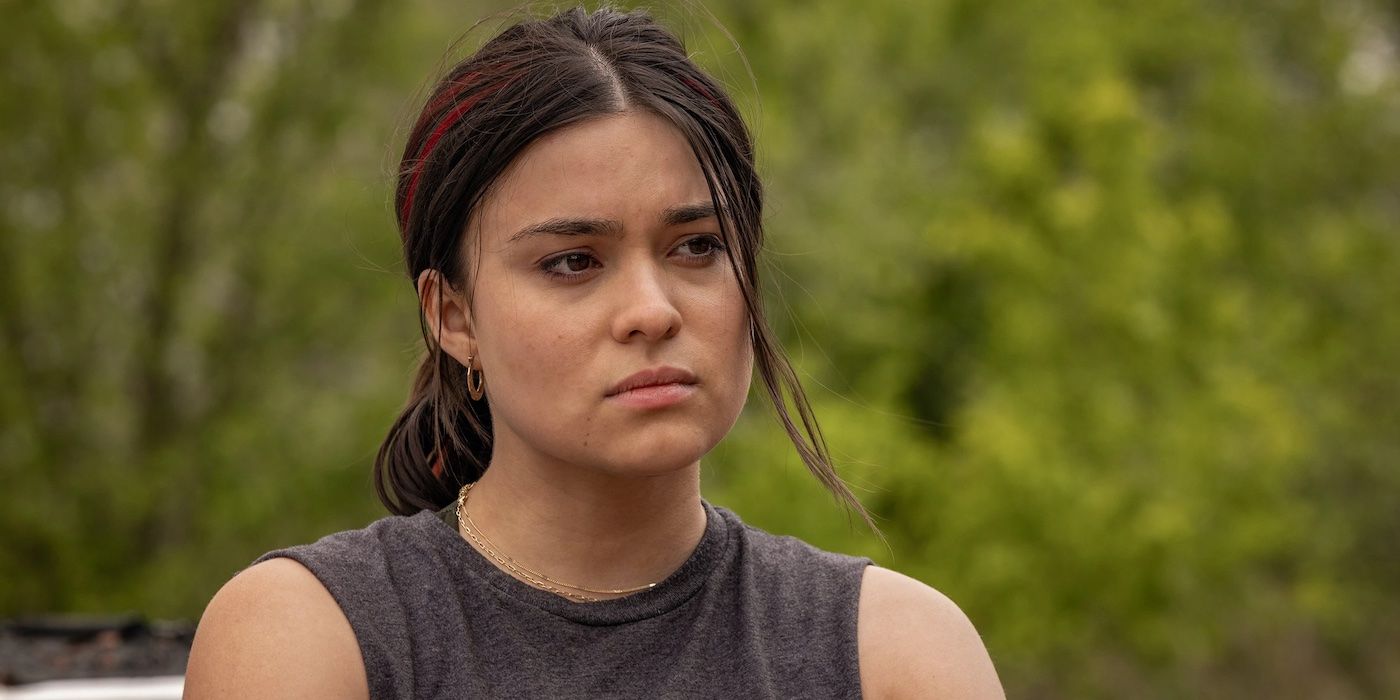 Echo news has been pretty sparse up to now, but fans will be delighted with this bit of casting news: Devery Jacobs, the star of Taika Waititi‘s critically acclaimed Reservation Dogs, has joined the cast for the upcoming Marvel Disney+ series. With the ensemble pretty strictly under wraps, Jacobs is just the second name after titular star Alaqua Cox to be attached to the series. But what a win it is for the Hawkeye follow-up, with Jacobs joining as she also commits to contributing behind the camera on the upcoming second season of Dogs, credited as a writer.

As Deadline notes, “Jacobs’ casting was teased last week by Echo star Alaqua Cox, who posted an Instagram story with a photo of a flower arrangement and a note, “@kdeveryjacobs decided to surprise me with these beautiful flowers before the first day of filming tomorrow.”

In terms of character info, we’re a little thin on the ground, but Deadline further reports that “she is believed to be playing one of the leads, referred to as Julie, who is resilient and strong-willed”. Presumably that means she’ll be playing another super along the lines of the titular hero — that or a strong-minded civ. Maybe a friend of Echo’s? Everyone has them!

For those less in the know, Echo is a spin-off from Hawkeye, the Disney+ series centering the mentor-mentee relationship between eponymous Avenger Clint Barton (Jeremy Renner) and Hailee Steinfeld‘s Kate Bishop, his ready and willing protege. Echo — Maya Lopez — a deaf athlete and martial artist with the power to perfectly copy the abilities of another person, was unveiled in the series as the leader of the Tracksuit Mafia, taking on the nefarious mantle after the death of her father. She worked alongside the Kingpin, Wilson Fisk (Vincent D’Onofrio), but later defected from the mafia — the series ended with Kingpin being unceremoniously shot by her, or so we were led to believe.

Here’s a quick synopsis of Hawkeye:

“Former Avenger Clint Barton has a seemingly simple mission: get back to his family for Christmas. Possible? Maybe with the help of Kate Bishop, a 22-year-old archer with dreams of becoming a superhero. The two are forced to work together when a presence from Barton’s past threatens to derail far more than the festive spirit.”

A release date for Echo is yet to be revealed, but keep an eye on Collider for all future casting, release date, trailer news and more.