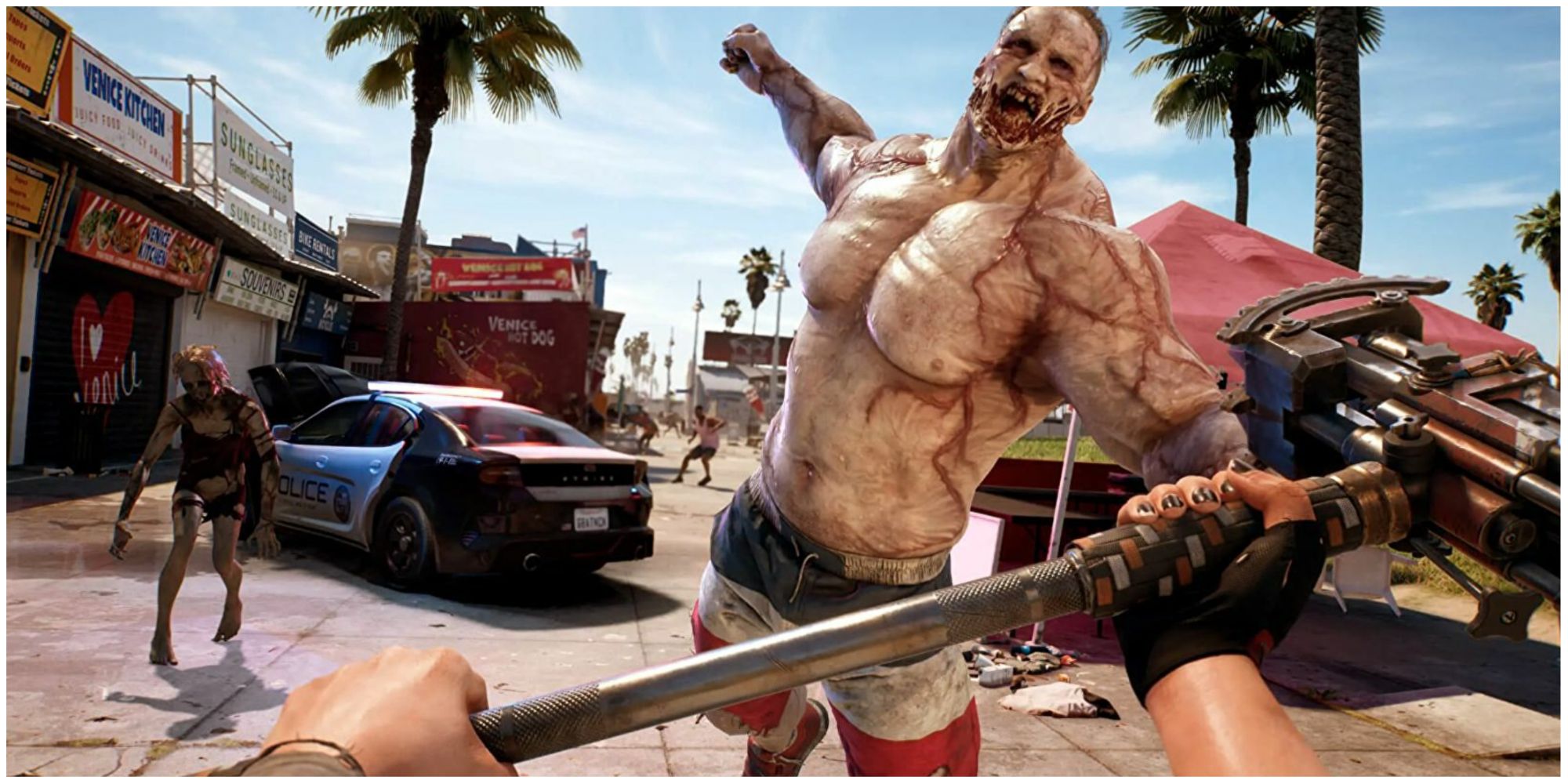 Deep Silver and Dambuster Studios are inviting players to ditch the chilly festive vibes in favor of the warm glow of the Santa Monica boardwalks, bathed in that sweet desert sun and a ton of zombie blood and guts. The publisher and developer will be giving fans their first in-depth look at Dead Island 2 with a gore-filled gameplay reveal on December 6th, 2022. Oh, such festive cheer.

RELATED: Dead Island 2 Has Been Delayed To April 2023

Not much has been said about the Dead Island 2 gameplay reveal, only that it will be taking place on YouTube on December 6th at 8pm GMT / 9pm CET / 1pm PT, and that fans will be treated to a spectacle of gore, gameplay, and action, alongside a live-action cinematic pulp adventure. If you’re still interested in Dead Island 2 after all these years, you’ll definitely want to tune in, so go ahead and bookmark the video’s countdown page on YouTube.

Dead Island 2 won’t be released until April 28th, 2023, so fans can consider this an early Christmas present from the development team. They can also consider it a bit making up from the developer after Dambuster Studios recently announced that the zombie adventure game won’t be meeting its original (or seventh?) planned release date of February 2023. The developer has pushed the release date back by three months to ensure that the game that releases is the best possible version. Well, after almost a decade of waiting, what’s another three months?

Dead Island 2 has had a long and troubled development, one that has seen the game switch between numerous development studios over the years. Yet, to date, we’ve still not seen a lot of the game in action, outside of a few teaser trailers and the infamous leaked build that gave players the chance to play what was once thought of as a lost project. With the gameplay reveal coming in just 12 days, it’s a sign of confidence from the developer and the publisher, and a good indication that the game is finally in the home stretch to release.

NEXT: Dead Island 2 Won’t Be An Open-World Game

The Six Superheroes to Invite for the Perfect Thanksgiving Dinner