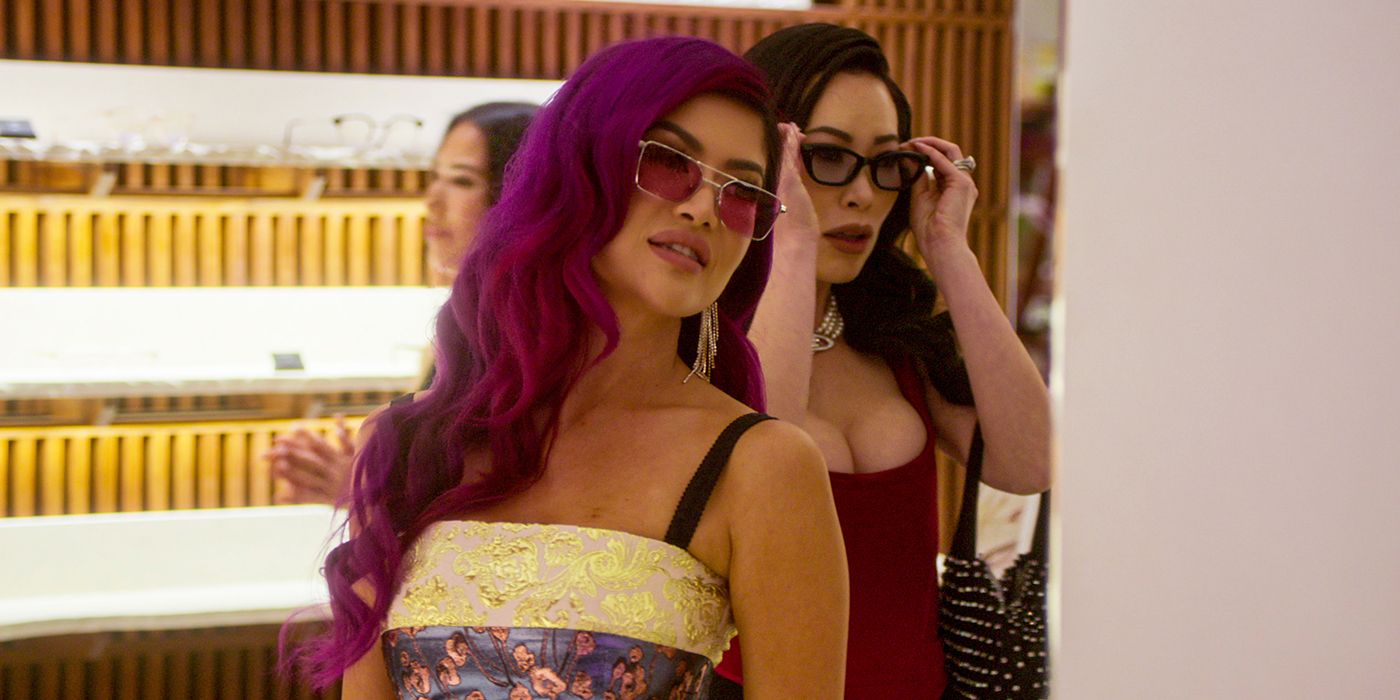 Netflix has released a new trailer for Season 2 of Bling Empire, the hit reality series focused on a group of wealthy Asians in Los Angeles. The series is led by Christine Chiu, Kevin Kreider, Kelly Mi Li, Kim Lee, Kane Lim, and Gabriel Chiu, and explores the everyday drama of rich people in one of the biggest cities in the world.

Mixing flashes from the upcoming season with cast members’ statements, the new trailer allows us to take a peek at the glamorous life of Bling Empire. There are fancy cars, fancy dresses, and fancy jewels everywhere, as the cast promises the upcoming season will go even further in showcasing how far people can go for luxury. Of course, the show wouldn’t be a good reality series without its fair share of drama, and the trailer for Season 2 also promises the wealthy cast will have to deal with changes in relationships, love declarations, and wedding planning.

The new trailer also gives us a first look at the new cast members added for Season 2 of Bling Empire. The upcoming season features Dorothy Wang, a former star on E! Entertainment’s reality television show Rich Kids of Beverly Hills, and philanthropist Mimi Morris. The reality shows’ philosophy is that the more we have, the better, so it’s great to know they are expanding the cast. With new wealthy people to observe, we’ll get a better look at how rich people’s drama is wholly disconnected from the everyday challenges of most people’s lives.

As well as starring in the series, Mi Li and Chiu also act as executive producers on the show alongside Jeff Jenkins, Brandon Panaligan, Ross Weintraub, Elise Chung, and Ben Eisele. The series is produced by Jeff Jenkins Productions.

All eight 40-minute episodes of the second season of Bling Empire come to Netflix on Friday, May 13. Check out the new trailer below.

Here’s the official synopsis for Season 2 of Bling Empire:

Los Angeles’s beloved uber-rich Asians are back with even more luxury, glamor and crazy. This season, a romance between Kevin and Kim percolates, Cherie and Jessey’s relationship is questioned, and as Kane and Kevin’s best bud friendship is tested, Beverly Hills’s rivaling queens, Christine and Anna, put a new twist on the art of social warfare. But through it all, the one thing these friends hold dearest to their hearts is their love for each other…and of course, impeccable style.

Netflix Introduces Players from ‘The Circle’ Season 4 in New Video