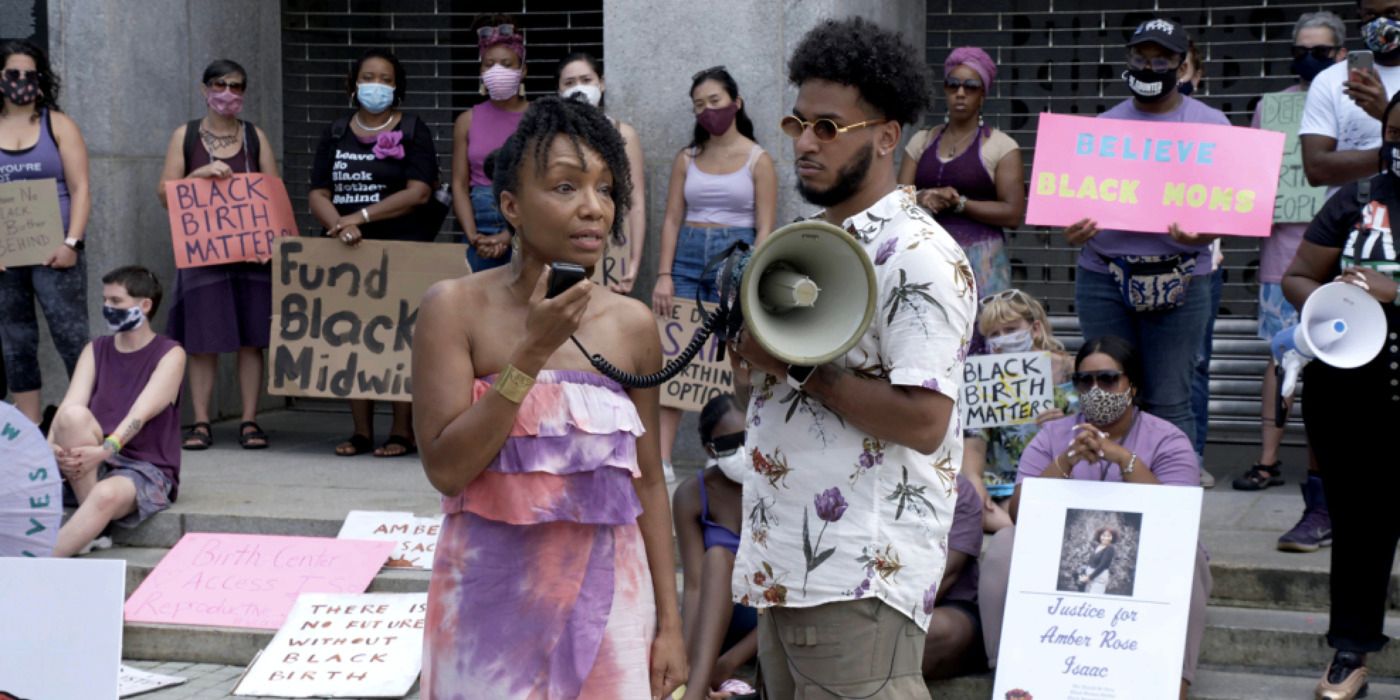 Hulu’s new documentary, Aftershock, is seeking to shed light on a tragic and all too common occurrence happening to Black women in hospital delivery rooms across the country. As the trailer reveals, statistically, Black women are four times more likely to die than their white counterparts with the same symptoms. In Aftershock, audiences will learn about two of those women who, despite their and their family’s best efforts, succumbed to their natal-based complications.

The first family to tell their tale is that of Shamony Gibson, a woman who passed away after being ignored by healthcare professionals for almost two weeks following the birth of her son. It’s through her passing that the documentary began to come to life with the team behind Aftershock following the story of Gibson’s mother, Shawnee Benton Gibson, and her surviving partner, Omari Maynard. Just six months later, Amber Rose Isaac would pass because of poor medical care during an emergency c-section. After hearing the news, Maynard reached out to Isaac’s widowed partner, Bruce McIntyre and the two bonded together to take their loved one’s story’s all the way to the top.

The trailer reveals the two families, forever tied together by grief, bringing their fight to the forefront. Through one-on-one interviews, footage of press conferences, marches, and massive activism based gatherings, the documentary will take viewers along on the journey for justice. We’ll see the focus families make their voices heard not only in the halls of hospitals, but also echoed through the inner workings of the government.

RELATED: ‘Look at Me: XXXTentacion’ Review: Sabaah Folayan’s Essential Documentary Reveals The Man Behind the Musician

The heartbreaking and inspiring Aftershock will arrive at Hulu on July 19. You can check out the trailer below and keep scrolling for the film’s official synopsis.

In October 2019, 30-year-old Shamony Gibson tragically died after being ignored by medical providers 13 days following the birth of her son. Two months later, we began filming Shamony’s surviving mother, Shawnee Benton Gibson, and bereaved partner, Omari Maynard, as they began to process what happened and figure out their new normal.

In April 2020, 26-year-old Amber Rose Isaac, died due to an emergency c-section that the family says stemmed from medical negligence. Within weeks of Amber’s death, Omari reaches out to Amber’s surviving partner Bruce McIntyre and a lifelong bond is formed. Together, Omari and Bruce begin the fight for justice to their partners with their families and community by their side, while caring for their children as newly single parents.

Through the film, we witness these two families become ardent activists in the maternal health space, seeking justice through legislation, medical accountability, community, and the power of art. Their work introduces us to a myriad of people including a growing brotherhood of surviving Black fathers, along with the work of midwives and physicians on the ground fighting for institutional reform. Through their collective journeys, we find ourselves on the front lines of the growing birth justice movement that is demanding systemic change within our medical system and government.