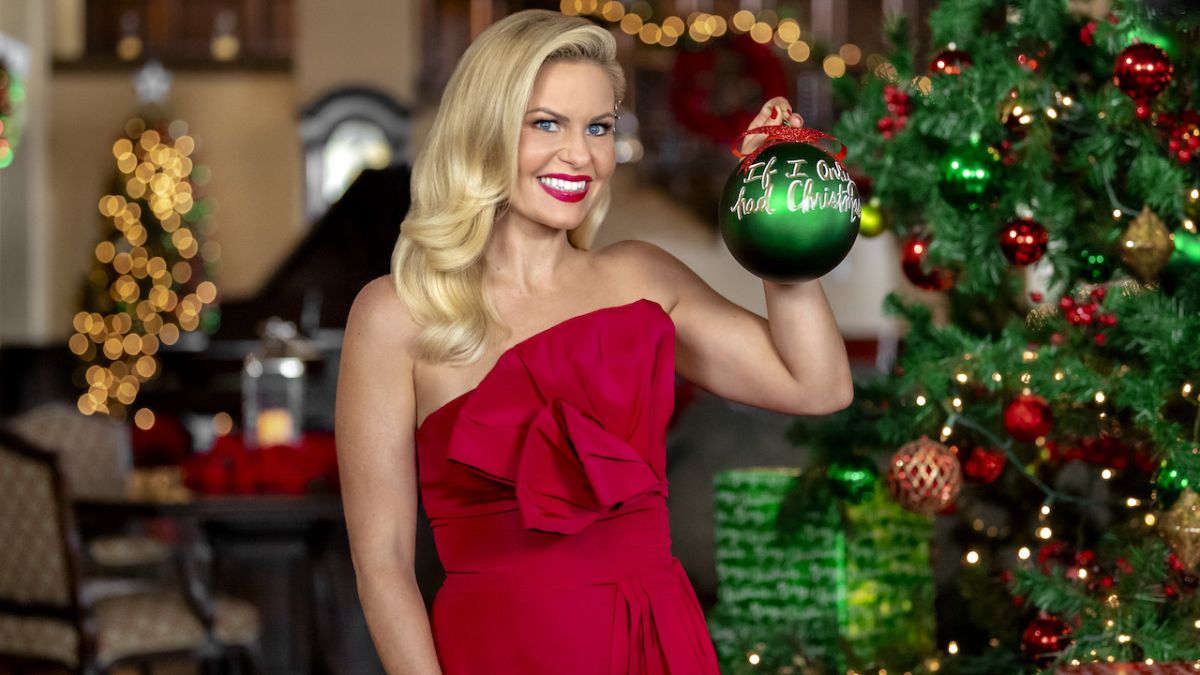 Sometimes, there are aspects of life that seem as though they are completely set in stone, meaning that when big changes begin to happen, it can come as quite a shock. This is likely true for everyone who’s been paying attention to news about the Hallmark Channel over the past several months, as a number of stars for the network (which is very well known and loved for its seasonal, romantic made for TV movies) have been signing deals with rival GAC Family for similar projects. Now, after landing deals with the likes of Candace Cameron Bure and more, GAC Family is about to take yet another page from Hallmark’s popular playbook: Christmas in July.

How Is GAC Family Going To Have Christmas In July Like Hallmark?

If you’ve watched any of the Hallmark Channel lately, you’ve probably seen the promos for its Christmas in July slate, which runs all month long and actually features three new ho-ho-holiday movies centered around the typically winter-based celebration. Well, GAC Family is not one to be left behind, with that relatively new network (which was rebranded in late September 2021) now having several Christmas movies from last year, viewers can expect to see the Great American Christmas in July.

The promotion, which was revealed on the channel’s YouTube page, will see GAC Family’s Christmas movies replay, starting on July 2 and then running 24/7 throughout the 4th of July weekend. The event will be hosted by recent Hallmark transplant Jen Lilley (news about Lilley’s deal with GAC Media came around mid-January), who starred in last year’s Royally Wrapped for Christmas for GAC Family. Fans will be able to watch encore presentations of GAC’s previous Christmas movies (including Lilley’s film), plus other favorites like A Cinderella Christmas, A Match Made at Christmas, Debbie Macomber’s Mrs. Miracle, and Debbie Macomber’s Call Me Mrs. Miracle. And, even better, those who tune in will be treated to a sneak peek at the brand new Christmas movies planned for Great American Christmas 2022.

Several Hallmark stars have signed deals with GAC Media (which owns GAC Family and is run by Bill Abbott, former president and CEO of Hallmark’s parent company, Crown Media) since late last October, when star Danica McKellar decided to take her talents to GAC Family in an exclusive deal. Notably, we’ve also seen the aforementioned Candace Cameron Bure make the choice to work for GAC Family (though her deal is non-exclusive), along with Trevor Donovan (he also signed an exclusive deal), while stars like Chad Michael Murray, Cameron Mathison, Jessica Lowndes, and others have all begun making movies for the network.

On top of being able to lure away many of Hallmark’s stars, GAC Family has also rescued the popular former Hallmark staple, the Kitten Bowl, and will begin airing its own version of the special, the Great American Rescue Bowl, in 2023.

While Hallmark has managed to secure deals with a number of its talent now, like the star of the upcoming Two Tickets to Paradise, Ryan Paevey, Holly Robinson-Peete, Lacey Chabert, Heather Hemmens, Heart of the Matter star Aimeé Teegarden, and more notable names, it’s clear that GAC Family is still on a very Hallmark-directed path with its move into Christmas in July territory. So, it would seem that being on the lookout for more upcoming similarities between Hallmark and GAC Family would be a good idea for viewers.

Kojima Productions is raising money for Ukraine with anti-war merch

Crusader Kings 3 AI has suddenly remembered how to crusade