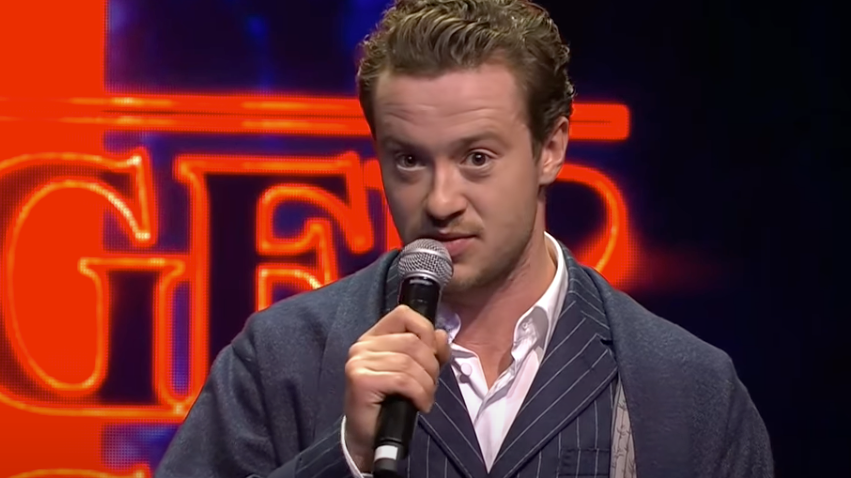 Actor Joseph Quinn, who stole the show and rocked out in Stranger Things Season 4 as Eddie Munson, is reportedly in talks for a leading role in the next A Quiet Place film.

According to Deadline, Quinn is in talks for a starring part in A Quiet Place: Day One alongside Lupita Nyong’go. The report had no further information and Quinn’s casting is not yet confirmed. In case you missed it or want to watch it again, check out the video below to see Quinn perform the solo from Metallica’s “Master of Puppets” in an episode of Stranger Things.

In terms of what is confirmed about Day One is that Michael Sarnoski, who directed the movie Pig starring Nicolas Cage, will direct the film for Paramount. The movie opens on March 8, 2024.

John Krasinski directed the first two A Quiet Place films and starred in the original. He came up with the idea for the prequel, but specific plot details are unknown. Given its title–Day One–the movie will probably dig into what happened the day the killer aliens came to Earth. A Quiet Place: Part II opened with a brief glimpse at the frightening invasion day before a time-jump, and you can watch that scene in the video below.

Another A Quiet Place movie to be directed by Krasinski is set for release in 2025. It is expected to continue the main storyline and pick up after the events of A Quiet Place: Part II.

A Quiet Place video game is also in the works. The two A Quiet Place films have collectively grossed more than $650 million at the box office.

Bruce Springsteen’s Interview With Howard Stern to Air on HBO

Hobbiton Is Now Listed On Airbnb, But Good Luck Getting A Reservation