6 Things The Sims 5 Needs To Succeed 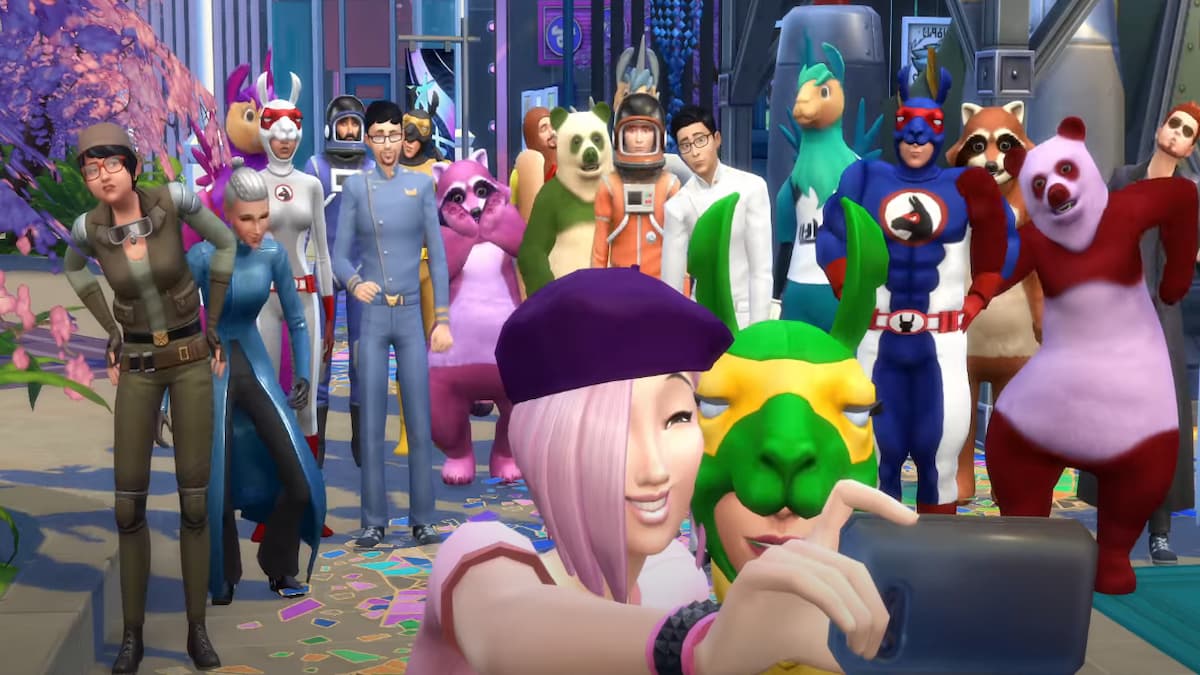 With rumors and leaks still circulating in The Sims community regarding the release of a next-generation game, now is the perfect time to speculate on what is to come in The Sims 5. More importantly, what elements should the possible newest installment of the franchise use to advance in gameplay and stories. Here are six things The Sims 5 needs to succeed.

The Sims 5 needs to have a linear Story Mode option along with the chance to still allow players to use Freeplay. The Sims Bustin’ Out is a great example of why this is the case.

The Sims Bustin’ Out is an underrated game that follows the story of a Sim going house to house as they advance further in life and their career. Every house you live in has its own goals to complete and unlocks new social interactions and objects, making the experience fulfilling and exciting.

When you play this game and others, like The Sims 2 (PS2), there is this sense of mystery that makes you wonder what kind of place you’ll end up in next and which characters you will meet there. The non-narrative open control in The Sims 4 sometimes becomes tedious when there isn’t much of an end goal, and that’s why the next generation game should include an option of a story for players to complete.

The Sims Bustin’ Out has something similar to this by having a cutscene display when you reach the game’s end, making the journey satisfying by the time it’s done. If The Sims 5 goes this route, high re-playability may be a factor and push for a better overall gaming experience.

Bella Goth, Malcolm Landgraab, and even the burglar are memorable characters in The Sims franchise. What once was prominent beings within the game is now barely mentioned unless you physically make your Sim go to their house, or you can play as them as well (The burglar is not included in The Sims 4).

The Sims 5 should have goals involving side characters to succeed since there aren’t as many interactions with them as there used to be. With

the New Neighborhood Stories Update, there is some hope for this to happen with its use of creating scenarios for the neighbors around your Sim.

The next generation in the series can take a step further with neighbors by accomplishing goals with them as they did in previous games. Maxis Studios could also have an opportunity to emphasize notable characters in the past and, at the same time, assemble new ones to produce an unforgettable game.

Bringing the Color Wheel Back to Build Mode

Build Mode in The Sims is a way to bring out the inner architect in all of us, and it is a staple for creating magnificent-looking houses and apartments. One issue with this mode in The Sims 4, however, is its limitations, such as placements of certain objects or a specific color of an item.

Sims 5 needs to bring back the color wheel for gamers to have more control over what they envision and will cause less frustration, specifically when the items in the house don’t match together.

Cheats and mods are useful for customization, but the base game should have these options already available to players, especially when there was a solution for colors in the past. The Sims 3 previously tackled the feat by including a color wheel that is in-depth enough to paint particular parts of the object.

Unfortunately, The Sims 4 does not have a system like this and restricts dye options to various furniture, prohibiting some players’ ability to capture the look they want.

Basic Items and Actions Should Be Included

The Sims packs create additional content to the game and are one of the key components for maintaining its success by bringing in new stuff, themes, and gameplay. Although updated features are wonderful, simple items and actions should be set in the base game in the next generation of The Sims. For example, a gaming console is an item solely obtainable through the City Living pack but not in the base game itself.

Players of the game are wondering why basic items are exclusively in certain packs when they should be included from the beginning. Providing all the simple commodities, such as bicycles and swing sets, in The Sims 5, it advances the opportunity to have more creative objects and fashion selections for future packs.

Besides individual items, some interactions and events are withheld in The Sims 4 unless you make an additional purchase. Elements within packs, like Parenthood and My Wedding Stories, should have been incorporated inside the game since having kids and getting married are actions one can already do.

If you don’t buy those packs, weddings and parenting aren’t as important and almost become uneventful. In the base game, getting married is a bit of a mess since there are times when The Sims you invite don’t actually watch the ceremony.

As a result, My Wedding Stories was created to make the activity more entertaining. The other pack, Parenthood, was also produced to have a more serious impact on the children you raise, including teaching manners and learning about responsibility.

The Sims 5 needs to have these basic events and interactions built into the game, as well as objects people use in their everyday lives. Unique (Possibly whacky) activities and items should be saved for packs for gamers that want to experience something they haven’t played before.

To put it plain and simple, The Sims 5 should add cars. Vehicles that aren’t just for display only and can actually get your Sims to point A to point B. It doesn’t have to be Grand Theft Auto: The Sims 5 Edition, but maybe something along the lines of that.

The Sims franchise has used cars in the past, there was quite a wait time on the loading screens, yet at least there was some form of transportation. The select few means of transportation in The Sims 4 includes the bicycle within the University pack and a broomstick from the Realm of Magic.

Adding cars may be asking too much of the developers of the game and could make for a lagging experience, so simple car designs that aren’t so clay-like looking can suffice. Gameplay doesn’t have to produce any driving whatsoever; this is just for the sake of cementing more of a realistic world.

Open world aspects are barely present within The Sims 4, especially when you want to move your character to another location. Locating to another place often results in a loading screen even when the distance isn’t necessarily far, causing longer wait times.

The Sims 5 needs to have an open-world neighborhood or town center that isn’t humongous enough to constantly issue lags in gameplay. By doing so, Maxis Studios could create an environment for players to get lost in and not worry so much about loading screens popping up all the time.

The compromise of having the setting be an open world in a small fraction of the game can push the limits to possibly expanding in the future. The Sims 3 did have this element beforehand, which caused some problems with the game’s performance, which can definitely be improved upon even now.

Maxis Studios can explore a variety of options for the game to triumph. These six things, if not more, need to be included for The Sims 5 to reach success.