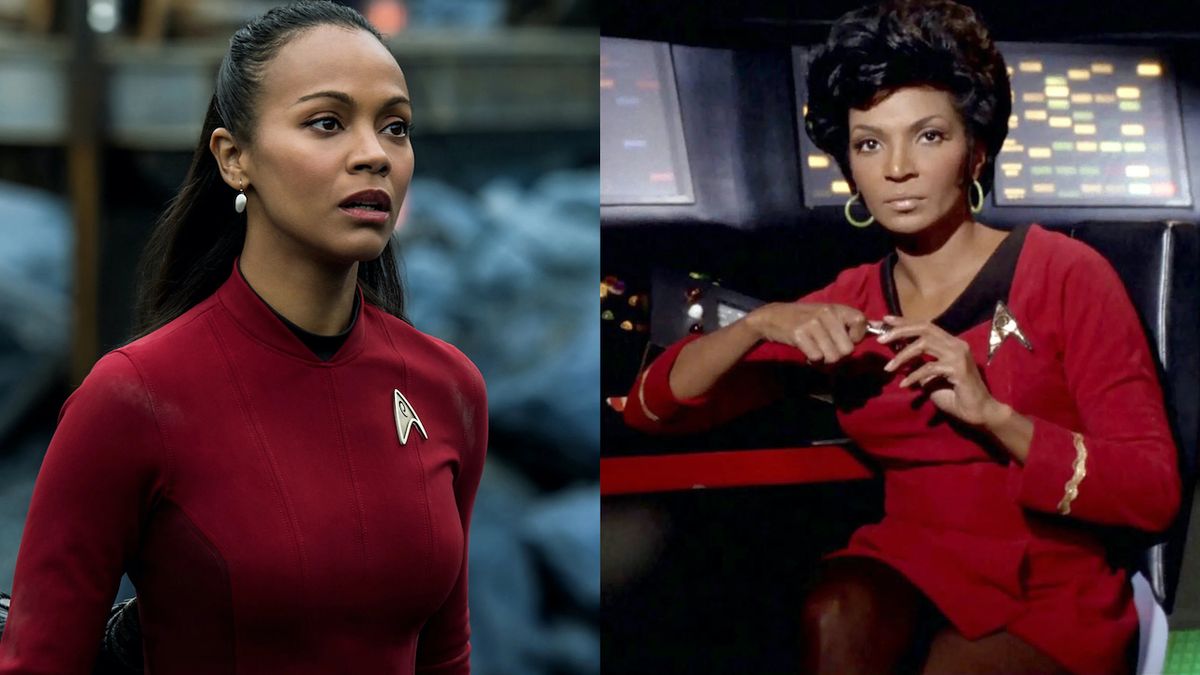 Star Trek’s Nichelle Nichols passing away at the age of 89 came as a shock to many fans and co-stars. As soon as the news hit the press, the condolences and tributes started pouring in. Fellow Star Trek icons, including George Takei and William Shatner, paid tribute to the Uhura actress, while Star Trek vet Whoop Goldberg shared a heartfelt response to Nichols’ death on The View. But one voice was missing from the Star Trek chorus – the veteran actress’s successor Zoe Saldaña. Now the Kelvin universe’s Uhura opened up about her Star Trek role and meeting the franchise icon.

The Star Trek actress finally broke her silence this week by paying tribute to Nichols through her Instagram Stories. Saldaña penned a moving message pointing out the influence the late actress had not only on television, but on pop culture at large. The Guardians of the Galaxy star opened up about how Nichols helped her cope with taking on the iconic role during their first meeting.

Meeting with Nichelle Nichols about playing Uhura appeared to help Zoe Saldaña deal with the expectations Trekkies had for the iconic character. The actress had so much more to say about Nichols in her full Instagram message below with a nice nod to the space-traveling franchise.

Nichols’ reassuring words to the Kelvin universe actress echoed the sentiment of Dr. Martin Luther King Jr. when he convinced the Star Trek icon to stay on The Original Series, as Nichols was on the verge of quitting after the first season. Thankfully, she stayed on the show and not only inspired Saldaña, but millions of others like Mae Jemison, the first Black woman to travel into space. She extended her influence to promote NASA programs and recruitment. The late entertainer’s reach went beyond just television or the six original Star Trek films.

Using the Maya Angelou quote was a nice way, to sum up, the impression Nichelle Nichols left on the world. But as Zoe Saldaña pointed out, the film and TV actress’ words and actions were as impactful as the feelings she provoked across multiple generations of viewers. That’s why the Star Trek icon was referred to as a trailblazer in television and sci-fi.

Of course, Lieutenant Nyota Uhura and Nichelle Nichols’ legacy will continue to live on as Saldaña is expected to return as the communications head in the fourth Kelvin installment, which will be the first movie without co-star Anton Yelchin. On the television front, Celia Gooding plays a young Uhura in the Christopher Pike-focused series Star Trek: Strange New Worlds. The series’ Emmy-nominated first season can be streamed with a Paramount+ subscription. If you’re not on that platform, you can get an Amazon Prime subscription to watch Nichols’ performances in the first six Star Trek films.

Ronnie Will Be Back on Jersey Shore: Family Vacation Next Week