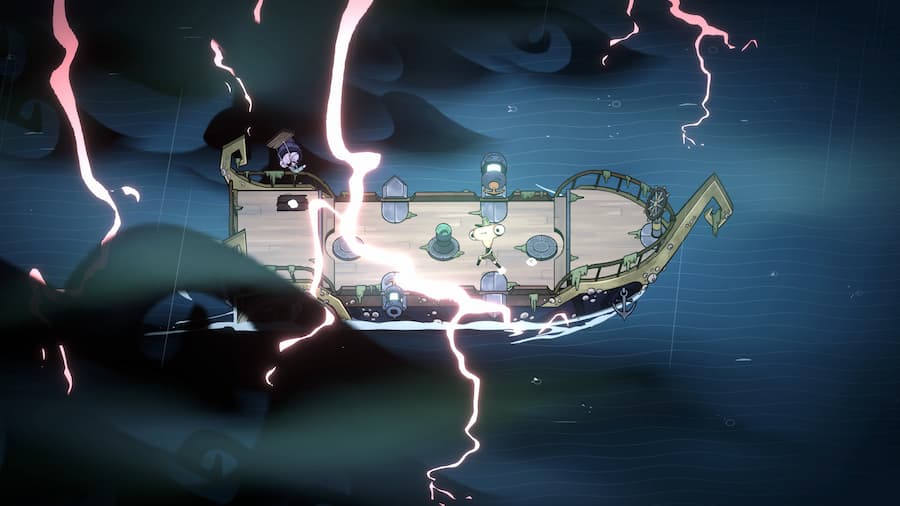 Welcome to Ship of Fools, a game with a ship that wants to make a fool out of you.

I’m not sure if that’s exactly why Ship of Fools is called, well, Ship of Fools. But it might as well be. This upcoming co-operative roguelike from Fika Productions and Team17 wants to give you a run for your money – but hopefully you’ll have fun in the process.

Playing as a sea-themed character of your choice – I opted for a hooded froggy guy – you’ll soon find yourself as captain of a rather rickety ship. It’s not for leisurely sailing across a peaceful sea, though. Oh no. The ‘Aquapocalypse’ is afoot, and the waters surrounding you are filled with terrible, dangerous monsters out to destroy you and your ship. And so, with your cannons, melee weapon, and various upgrades you’ll find along the way, it’s up to you to battle your way through them, seeing how far you can get before it’s all over.

Ship of Fools wastes absolutely no time in getting chaotic. The sort of chaotic that’s been turned up to 11. An introduction to the game’s mechanics lures you into a false sense of security, leisurely pitting you against one measly enemy at the time. ‘This is easy,’ you’ll think. ‘I’m definitely prepared to take it by myself from here.’ You are wrong. You are very wrong. 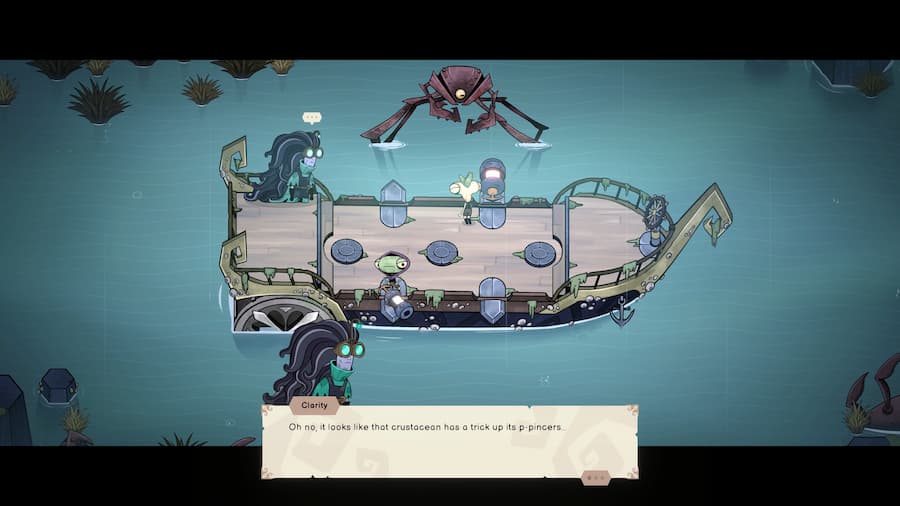 Within about 10 seconds of heading out by yourself, chances are you’ll be ambushed by a dozen enemies at once. They’ll be attacking you from the top and the bottom, requiring you to man cannons on both sides, while also watching for projectiles that might hit you and/or your ship and looking out for enemies coming too close that you can whack with your melee weapon (an oar, if you’re wondering). I failed miserably. Quickly. Three times in a row.

But I kept picking myself up and trying again, because the thing about Ship of Fools is, even when it’s absolutely brutally slaying you, it’s fun. Attacking enemies, be it with your cannons or by swinging your oar, feels good, and watching them sink gives you a real sense of achievement. It helps that it looks so gorgeous too, opting for a clean 2D cartoon aesthetic that reminds me of Nobody Saves the World. It’s also dark and foreboding, like a cartoonish Call of Cthulhu. The monsters you face to begin with might be small in stature but you just know something bigger is waiting for you. If you can ever get there. 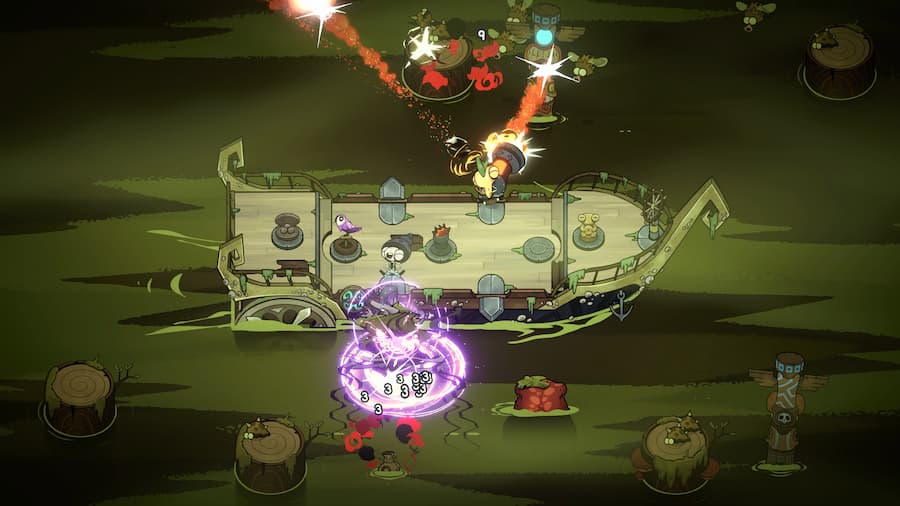 Ship of Fools is advertised as a co-operative roguelike, and that’s where it’s going to shine. One pair of hands on your rickety boat just isn’t enough; you can’t possibly keep on top of attacking, defending, restocking cannons, gathering loot (because, yes, there’s loot), fixing damage and whatever else by yourself. But get a friend involved and, as long as you’re co-ordinated, kicking ass feels great. Clearing a screen of enemies will almost always net you a reward, be it something useful like new ammo for your cannons, some wood to repair your ship, or tokens which can be used to unlock permanent upgrade.

There’s no release date yet for Ship of Fools, though it will be coming to PC and consoles later this year. If you love challenging roguelikes, particularly ones with gorgeous animation and lovable frogs, this is one to keep your eye on. And if you happen to be at London’s WASD next month, you can take it for a spin yourself.