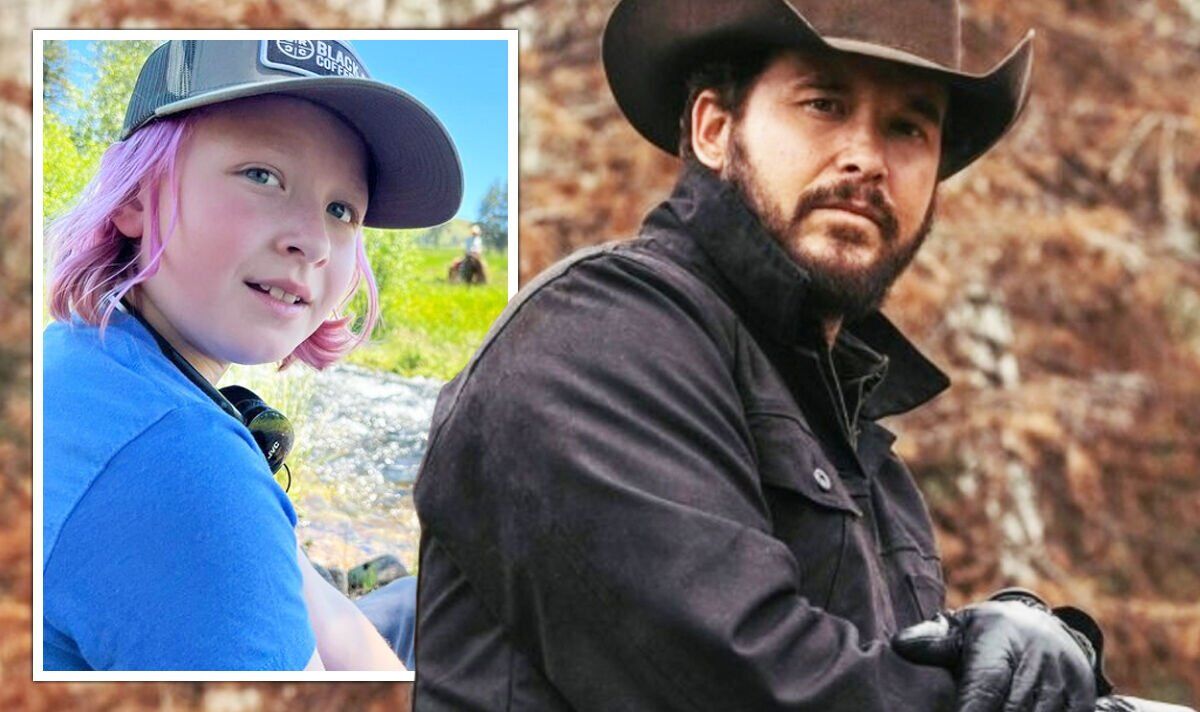 Cole Hauser, best known as the Yellowstone’s fierce ranch manager Rip Wheeler, is currently hard at work in Montana on the highly anticipated fifth season of the hit Western drama. Before new episodes finally arrive on the Paramount Network, Cole took to his Instagram with a new snap of his daughter, and fans couldn’t help but spot a distinct resemblance to another member of the cast.

Yellowstone fans have spotted an uncanny resemblance between Cole’s daughter and his co-star, Jen Landon, in his latest social media post.

The TV star took to Instagram this week to reveal he had brought his daughter Steely Rose to set to hang out with fellow cast member Forrie J Smith.

“Steely Rose and I on set last week of season five,” he wrote.

“@yellowstone solo with the love of my life #fatherdaughtertime you are the future my beautiful.”

@mckelviejennifer suggested: “I hope Steely Rose is playing Little Teeter, that would be the cutest!”

Flashbacks have played a major part in the series so far, with actor Josh Lucas confirmed to return to portray a younger version of John Dutton (Kevin Costner) in season five.

Plus, Kylie Rogers and Kyle Red Silverstein will both return to reprise their roles as young Beth Dutton (Kelly Reilly) and Rip, respectively.

Teeter didn’t arrive at the bunkhouse until much later in the show’s timeline, but could this be a sign that fans are about to get a glimpse of her life before finding a home on the ranch?

Nothing has been confirmed just yet, but Yellowstone’s growing audience would certainly appreciate more insight into one of the show’s fan-favourite characters.

In any case, Teeter’s role is set to expand after Jen was confirmed to have been promoted to series regular for season five.

Co-stars Mo Brings Plenty, Kathryn Kelly and Wendy Moniz have also been bumped up to the main cast in what is building up to be the biggest instalment of the epic Western saga yet.

Yellowstone season 5 will premiere on Sunday, November 13 on the Paramount Network in the USA. Seasons 1-3 are available on Paramount+ in the UK now.

This War of Mine is Being Taught at Polish Schools