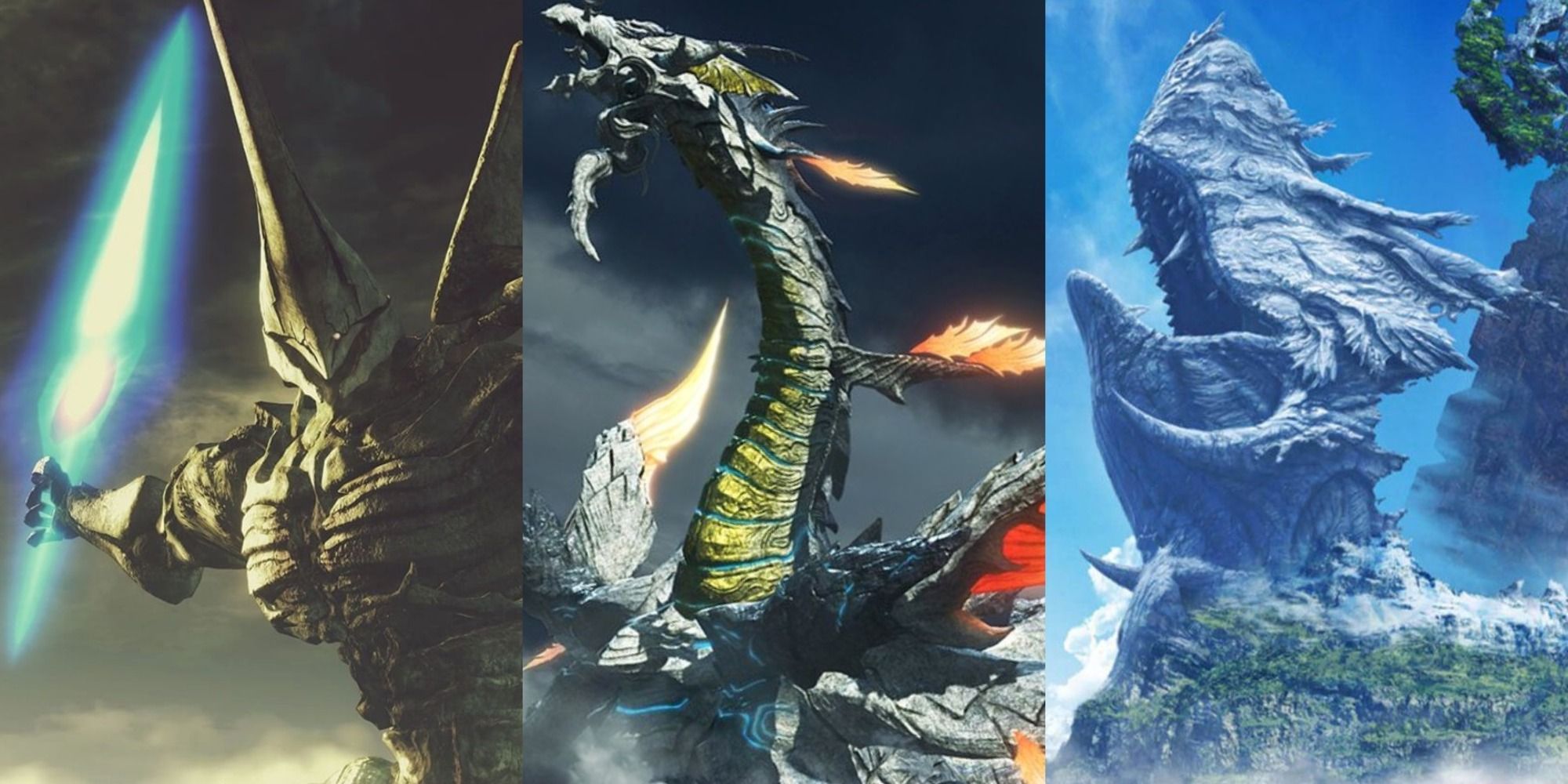 In the Xenoblade Chronicles series, Titans are massive island sized creatures that the inhabitants of the world live on. Most contain unique biomes, races, civilizations, and enemies not found elsewhere.

In the first game there were only two; the Bionis and the Mechonis. Xenoblade 2 greatly expanded the count by having almost every chapter take place on a new Titan. The third installment doesn’t introduce any new Titans, but it does bring back many from previous games. This list will showcase the 10 best Titans from across the series.

Indol is one of the smallest explorable Titans seen in Xenoblade 2. There is only a single fight here, as it contains no wild enemies. It exists almost entirely for plot progression. The Praetorium covers all the walkable area, meaning there’s really not much to see.

While it may have a unique culture, the only noteworthy character from this Titan is Amalthus. A few qualities than make it more memorable than Titans not on this list include the music and amount of cutscenes that occur here, but those aren’t enough to make it competition for later Titans on this list.

Temperantia is a dying Titan that is sinking within the Cloud Sea. A combination of only being visited briefly in the main storyline and a bland color palate can make it forgettable to most players, but for those that go out of their way to explore it on their own, there are a few noteworthy things that can be discovered.

It contains an excellent late game grind area with many high level enemies, a massive crater, a poisonous swamp section, multiple super-bosses, and a military base with some NPCs to interact with — although the population here is very small.

The steampunk aesthetic, wonderful music, and many side quests make Mor Ardain more memorable than Indol and Temperantia. The city and nearby field are fun to explore, but the rest of the map has a few problems. You will need to either level up multiple Blade Field Skills or wait half an hour at one point in the story to make progression.

The segment immediately after is filled with over leveled enemies that you have to avoid until you reach a factory dungeon, which is often considered one of the worst dungeons in Xenoblade 2. Mor Ardain is the first Titan on this list to appear in Xenoblade 3, but it offers little to nothing of value in that game.

Leftheria is a mass of interconnected Titans. Most are floating jellyfish-like creatures. There’s also two tunnels that pass through a large wall of the Cloud Sea. The atmosphere if very mystical, but the layout is mostly linear. There are some hidden areas to explore, though none as interesting as what later Titan on this list have.

Leftheria also contains the Spirit Crucible Elpys, which has many of the same problems Mor Ardain has; it requires Field Skills and is easy to get lost in the layout. Its reappearance in 3, however, is actually very noteworthy. The massive Erythia Sea has many of the jellyfish Titans sprinkled around. The camps and massive wildlife make them fun optional locations to explore in 3.

6/10 Mechonis, The Origin Of Mechon

The sword, fallen arm, and capital of the Mechonis are very interesting locations to explore in the original Xenoblade. Looking up at both of the game’s Titans from the fallen arm gives an incredible sense of scale. If those locations were the only part of the Mechonis, it’d be one of the best Titans in the series, but the travel from the hand to the head is one of the weakest segments of the game. It’s mostly a non-stop dungeon with little substance.

Many parts of the Mechonis appear in Xenoblade 3 as well. You can get incredible area views by climbing to the top of the finger or looking out from the tip of the sword. The overall amount of the Mechonis you can explore, however, is vastly smaller. Even the massive sword only lets you explore roughly a fifth of the same land area that 1 offered.

Torna is the only DLC Titan in the series. It is split into many distinct biomes; woodlands, desert, caverns, and more. The diversity makes it much more interesting to explore than most other Titans, although its lack of a clear atmospheric goal can make most of its map a bit forgettable.

Even though it sank into the Cloud Sea even before 2’s main storyline took place, Torna’s desert managed to find its way onto Aionios in 3, now many times larger than it was before. Excluding the ocean, it has the largest optional land area in 3, and a lookout near the cliff side can give players a wonderful view of the Mechonis Sword on the opposite side of the map.

The kingdom of Tantal contains the largest snow area in the series, containing a massive field at the bottom and many climbable pillars surrounding the upper area. The top half is a little linear, but that allows players to make fast story progression, and the bottom segment makes up for it by being so vast.

An optional area of this Titan includes an ice slide that can send the party flying across the map. Field Skills are almost a non-issue on this Titan, as the few you’ll need are very easy to obtain prior to even reaching this part of the game. The negative parts of Genbu are much more minimal than previously mentioned Titans.

Every Titan in Xenoblade 2 is a living creature, and Gormott expresses this concept extremely well, as the back legs and head are constantly moving. Seeing Gormott’s head look back to check on the village on its shoulder makes it feel like a giant that wants to protect the life that lives on it.

The large open field is also a simple yet very effective area that can familiarize players with the game’s exploration. Gormott reappears in the Torna DLC and in Xenoblade 3, where it continues to be an excellent early game field area, although it does lose a bit of charm in 3 due to the Titan now being dead.

Uraya is the box art Titan for both Xenoblade 2 and 3. In 2, its stomach is a massive lake surrounded by beautiful cherry blossoms. There’s also a thriving port town with a massive water slide staircase. The top of the staircase contains a lookout that lets you see the tail swinging in the distance. In 3, it is a dreadfully dead Titan. The once thriving city is now reduced to rubble; the trees are gone, and the lookout was nuked out of existence.

Uraya already had some emotionally impactful locations in 2, such as a character’s grave on the lookout, but seeing the once gorgeous whale get reduced to a destroyed mountain infested with spiders really shows how gruesome the world became. Piercing out from the top of the stairs in both games reveals one of the best examples of visual world building that Xenoblade has to offer.

The Bionis is the largest Titan seen in the series and is the setting for over half the original game. Even just the grassy plateau on its thigh contains roughly the same amount of playable land that a majority of other Titans have. The swamp, forest, sea, and many other diverse locations contribute to it having vastly more diversity than other Titans.

It also contains a wide selection of beautiful sights such as glowing trees in the marsh, a rainbow in front of a waterfall, and occasional meteor showers above the head. In 3, its body was fused with many Titans from 2, making it once again the Titan with the largest presence. Additionally, while every Titan has a slight story role in some way, the origin of the Bionis is actual an integral part of 1’s narrative.

NEXT:10 Games You Should Play If You Love Final Fantasy 7

A Key Actor Has Not Been Contacted to Be in Daredevil: Born Again

Tactics Ogre: Reborn – How To Unlock The Palace Of The Dead Dungeon