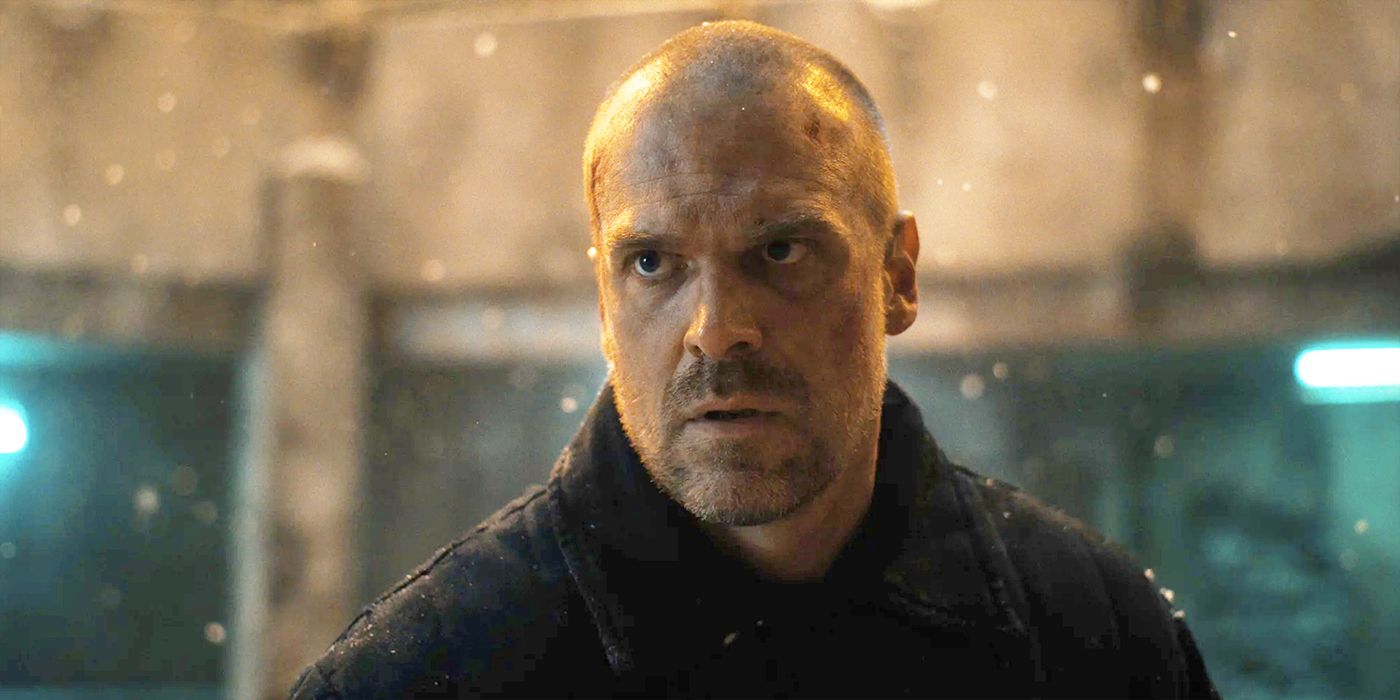 EDITORS NOTE: This article contains spoilers for Stranger Things Season 4 Volume 2. It’s damn near impossible to write a television set in the U.S. in the 1980s and not at least mention the Cold War between America and Russia. From Season 1, Stranger Things has used the international stand-off as a lens to explore the government’s secret exploration — and exploitation — of the Upside Down and all of its supernatural beings. In Season 4, Russia served as the backdrop for Hopper’s (David Harbour) second chance at life, and Joyce’s (Winona Ryder) epic romance heroine arc to rescue him.

While involvement with the Russians has been a necessity for a significant portion of the series, fans have had mixed feelings about the Soviet war plans taking away from our time with the characters we love. During an interview with Stranger Things creators Matt and Ross Duffer, Collider’s Editor-in-Chief Steve Weintraub asked the duo if we were done spending time in Russia. With so much going on leading into the final season of the series, the Cold War truly seems like the least of our worries.

In the interview, the Duffers explained that while they’ve outlined a significant portion of Season 5, the writer’s room officially opens in August. Matt Duffer explained:

“Listen, things change. It’s odd, because we did outline. We shut down for six months, like every show, everybody, the whole world shut down for six months. We do have a full outline for it. Currently, Russia is not in it. I think one of the things that’s exciting about Season 5 is [that] Season 4 was interesting to us because everyone was scattered to the winds. That’s what was unique about it.”

Stranger Things Season 4 was grand in terms of both time and scope, and we spent time with our heroes all across the globe. However, by the end of Volume 2, Joyce and Hopper, as well as the Byers boys (Noah Schnapp & Charlie Heaton) and Mike Wheeler (Finn Wolfhard) have all made it safely home to what’s left of Hawkins. In discussing what we can expect from Season 5, Duffer continued, saying:

With Hopper rescued from his Russian prison and the whole family finally reunited, knowing that Stranger Things Season 5 will primarily take place in Hawkins is welcome news. The characters have always taken priority over the setting, as they should, so we’re thrilled to know we’ll be living in those dynamics for the final installment of the series. Volumes 1 and 2 of Stranger Things Season 4 are now available on Netflix.

‘Stranger Things’ Creators Explain Why [SPOILER] Had to Die

Star Wars Was a Major Inspiration on The ‘Stranger Things’ Season 4 Finale, The Duffer Brothers Say

SQUIRREL GIRL creators reunite for DANGER AND OTHER UNKNOWN RISKS