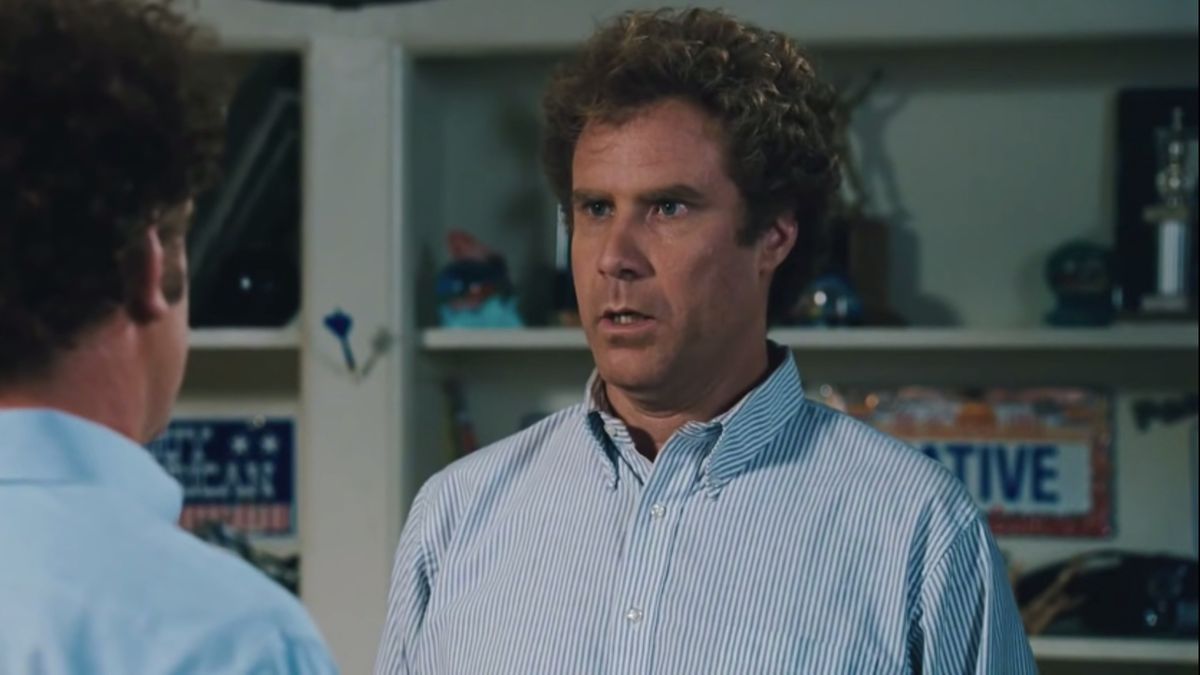 One of Will Ferrell’s best movies was Step Brothers. You may remember that he co-starred with John C. Reilly, with their characters starting off as rival stepbrothers rubbing testicles on their prized possessions, only to share collapsible bunk beds. Well, those fake testicles Will Ferrell used in Step Brothers are actually still in his possession hidden in a “special box.”

There was a memorable scene in Step Brothers where Will Ferrell’s character rubs his testicles on his rival stepbrother’s drum set, which results in a major scuffle between the two of them. While promoting the Apple TV+ movie Spirited, NY Post reported that Ferrell told the UK’s This Morning that he kept his “most valuable” testicle prop hidden in a “special box.”

Whether the SNL alum is joking about this or not, who’s to say? But if it’s true, that would be a disturbing sight to see some realistic-looking testicles while you’re trying to eat your meal! This wouldn’t be the first time that a celebrity has kept props from their films. For example, Allison Janney snagged some props after wrapping her series Mom that included the wig she wore since the show’s start and some sweatpants. Tom Holland stole some Spidey props, like his set of web shooters and Tony Stark’s glasses. But then there are some props that are security-protected, like when Simu Liu wanted to walk away with rare Air Jordan sneakers he wore for Shang-Chi and the Legend of the Ten Rings. I guess props like that will have to be memories you cherish.

If you’re hoping we’ll be seeing the return of the fake testicles in another Step Brothers movie, it’s best not to hold your breath. Step Brothers director Adam McKay said Anchorman 2: The Legend Continues would be the last sequel he does. Will Ferrell once said that Step Brothers was a special film for him because it was original and just one of a kind. His Step Brothers sequel update said there are no plans to make a new movie of Brennan and Dale’s journey of bromance as he doesn’t want to just be doing sequels of original movies he’s done.

But if it had to happen, the Elf actor’s amazing idea followed Brennan and Dale’s fight to live in their parent’s retirement community. As funny as it would have been to see these man-children try to fit in with the elderly community, McKay and Ferrell got sidetracked with other priorities. If a sequel does eventually come to fruition, maybe that could mean a reunion for this split creative team.

While Will Ferrell won’t be teaming up with John C. Reilly or Adam McKay for another Step Brothers movie any time soon, you can see his team-up with Ryan Reynolds in Spirited. This will be a different take on Charles Dickens’ A Christmas Carol, where Ferrell’s Ghost of Christmas Present will be the one whose life is reexamined instead of the usual Scrooge character. As for what the critics say about Spirited, it’s been a mixed bag feeling the movie was in the right place with its musical numbers, but failed in terms of execution and bringing genuine comedy to the film. If the Anchorman actor was able to delight our TV screens every holiday season with Elf, I’m sure he would give us an impressive performance in his new holiday flick.

Will Ferrell really must have had some balls to steal some fake balls from the set of Step Brothers. Whether he really has them or not, it has to make us think about what other valued treasures this comedic actor has from others of his previous movies. You can watch his musical performance in Spirited with your Apple TV+ subscription.