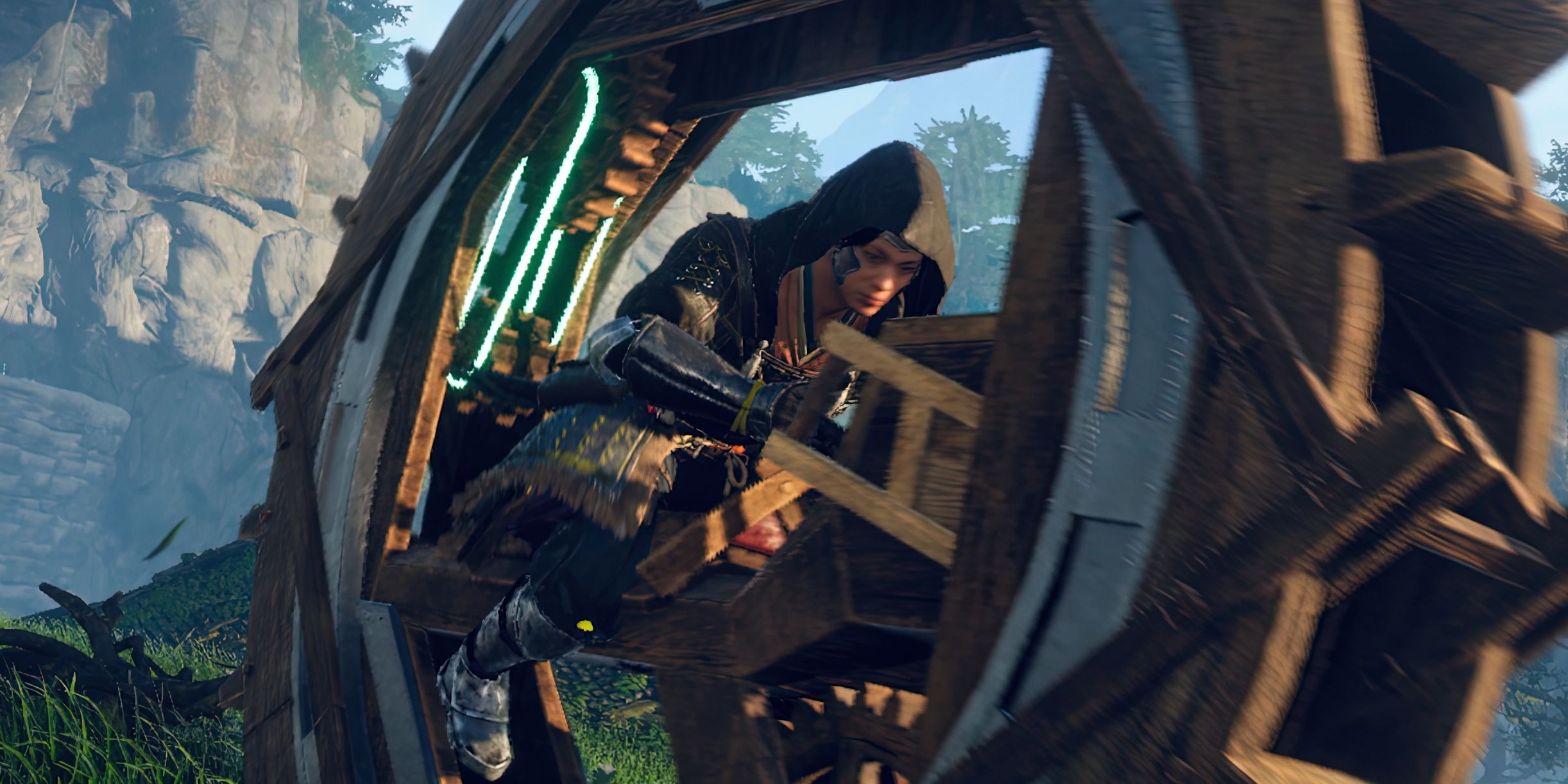 Electronic Arts and Omega Force have shared a new gameplay trailer for their Monster Hunter-like action RPG, Wild Hearts, dedicated to its Karakuri weapons and tools that players can use during their hunting. The trailer showcases how to utilize the power of Karakuri, an ancient technology kit that features a wind vortex, glider, pounder, bulwark, chain trap, and more.

The Karakuri system is what sets Wild Hearts apart from its counterparts, as the system allows players to create a wide array of weapons and tools whenever they need them. Players will enhance their abilities by using this system, as they will discover new Karakuri along the way. Before explaining how to use the new battle kit, the development team provided general information about Karakuri categories, each offering unique tools. Karakuri is divided into three categories: Basic, Fusion, and Dragon. Basic Karakuri tools, as their name suggests, do not require many resources to craft even though they contribute well during combat.

Fusion Karakuri requires more than one basic Karakuri to fuse in order to create stronger tools that can counter Kemono attacks, such as star bomb, repeater crossbow, and pounder. Dragon Karakuri, on the other hand, are the hardest tools to craft, requiring a certain amount of energy to operate as they draw power from the land. It may sound complicated at first, but, players simply need to discover Dragon Pits to find Celestial Thread, the power that Dragon Karakuri draw from. A hunting tower, flying vine, and roller are three of the tools included in this category.

All in all, Wild Hearts features seventeen Karakuri tools, which players can use in a variety of situations. For example, players can shoot a zipline across a distance by using a flying vine, as they can also craft bulwarks to countercharge attacks. Pounder allows players to dole out stun damage, whilst the repeater crossbow increases player damage output. There will also be some tools recommended using against Kemono, such as a chain trap and roller. Chain trap makes Kemono immobile for a short period of time, as players can use a roller to travel large distances quickly and catapult their tools into the Kemono to deal damage.

Described as “a unique twist on the hunting genre”, Wild Hearts takes place in an ancient age where players will learn how to use the tech against monsters. It will release on Xbox Series X|S, PlayStation 5, and PC via Steam on February 16th 2023.