Why was Laenor replaced in House of the Dragon? Who plays Laenor? | TV & Radio | Showbiz & TV 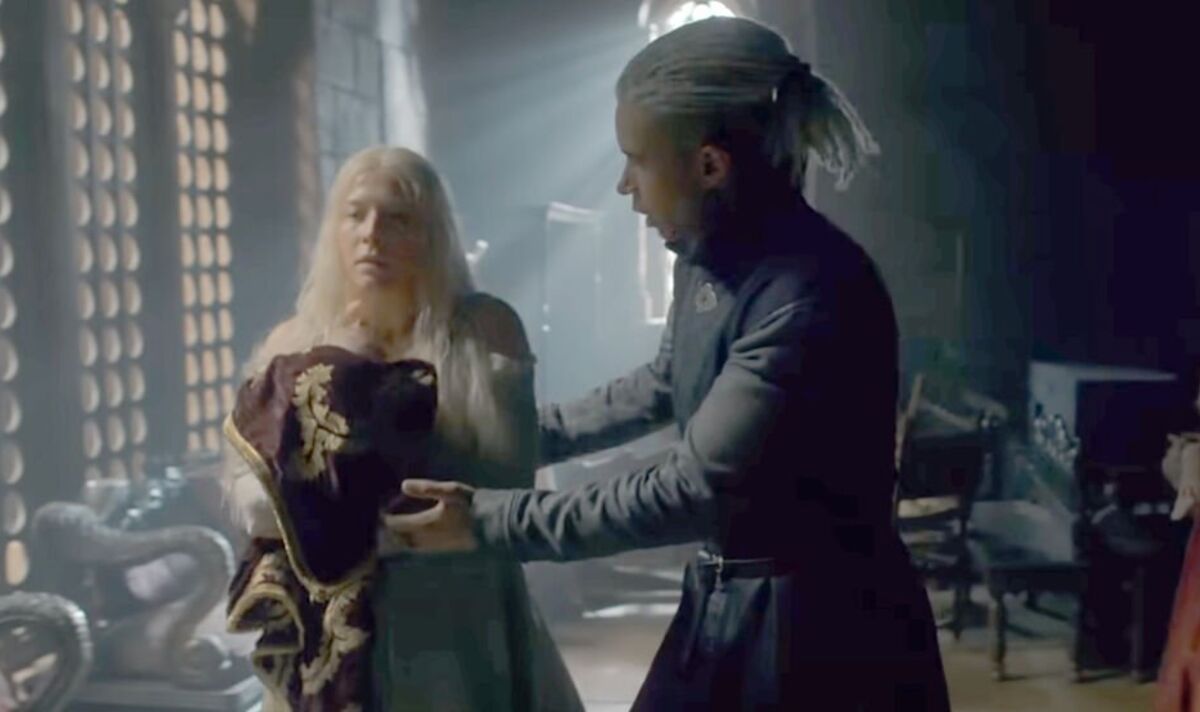 House of the Dragon sees a huge cast revamp with older actors taking on the roles of the characters from younger stars. Among the new cast members are Emma D’Arcy, Olivia Cooke, and Nanna Blondell, who will be taking on the roles of Rhaenyra Targaryen, Alicent Hightower, and Laena Velaryon respectively. But there is another actor joining the show in the forthcoming instalment titled The Princess and the Queen.

Why was Laenor Velaryon replaced on House of the Dragon?

John Macmillan will be taking on the role of Laenor Targaryen from actor Theo Nate, who played a teenage iteration of the character.

The reason the actor was replaced as Laenor was to show the 10-year time jump between episodes five and six.

Episode five ended with Laenor and Rhaenyra ended up tying the knot in a sombre ceremony as the Velaryon knight sobbed mournfully after the death of his lover Joffrey Lonmouth (Solly McLeod).

House of the Dragon covers a large period of time and so the older actors are supposed to represent the year which have passed since some of the big events.

READ MORE: Fans want to know if Alicent’s son becomes king in House of the Dragon

Who plays Laenor Velaryon in House of the Dragon?

MacMillan is most likely to be familiar to audiences for his performances in the BBC Three sketch show Famalam and Channel 4’s Chewing Gum opposite Michaela Coel.

Some of his other projects include the TV series Back, Hangs Ups, Silk, Hustle and Critical.

The star has featured in The Nevers, The Dig, podcast series The Sandman, The Accident, and Kiss Me First.

Some of his film roles include small parts in World War Z, The Dark Knight Rises, Maleficent, Hanna, and Fury.

Along with House of the Dragon, Macmillan had a guest role in season four of BBC sitcom Ghosts.

Macmillan’s upcoming projects include The People We Hate at the Wedding, which has finished filming.

He will also be appearing in film Seize Them! which is post-production and The Burning Girls and Extraordinary which are shooting now.

House of the Dragon is likely to have sent the actor’s profile soaring with the star likely to become a mainstay on screens following his turn as Laenor.

The Midnight Club Final Teaser Welcomes Us to Brightcliffe Hospice