Why Breaking Risk of Rain 2 Is So Much Fun 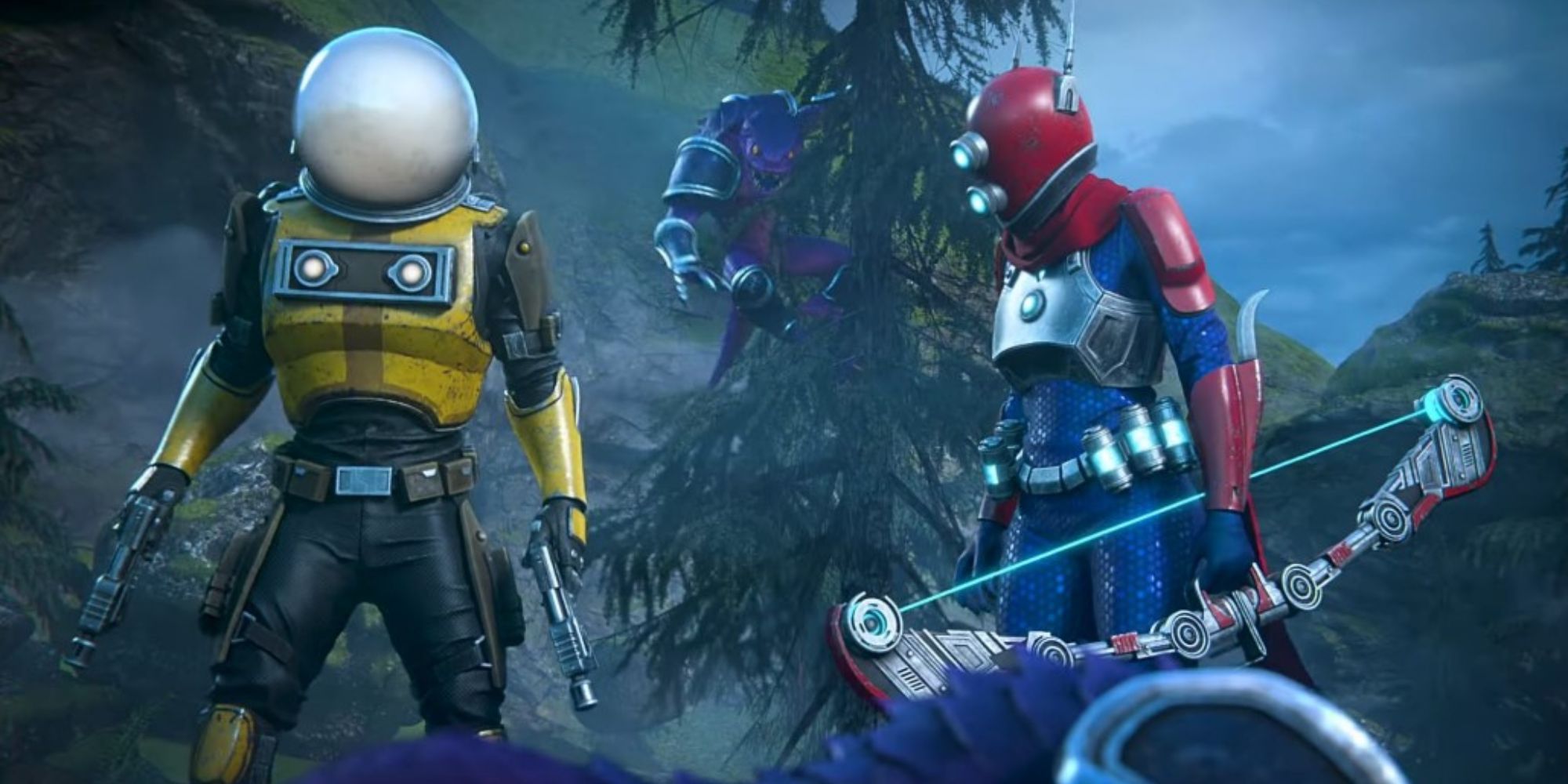 Generally, developers don’t want people to “break” their games. They put huge effort into making sure that the experience is just so, and they take exception to players poking their noses into every corner, or abusing the systems to find ways to bend the game to their will. Risk of Rain 2 (and of course Risk of Rain 1, which has also made its way onto the Switch) is an exception to this rule. Hopoo Games want you to go nuts, leaving nothing but a smoldering ruin where their opus once stood.

To “break” a game can mean many things. Personally, I’m talking about difficulty, not intentionally causing game-breaking bugs, or to snapping the disk in half after Ornstein and Smough have smashed you into a puddle for the umpteenth time. I’m interested in reaching that point where you become so ludicrously overpowered that the game ceases to be a challenge and you become a ball of chaos. You wield such immense weapons that can wipe out entire hordes of enemies at the press of a button, like a Dynasty Warriors character who’s had one too many Red Bulls.

Related: Risk Of Rain 2: 10 Best Items In The Game, Ranked

There’s undoubtedly fun to be had as an invincible juggernaut, but it’s usually of a fleeting feeling. As anyone who’s played the original Doom with god-mode can attest, omnipotence typically gets boring fast. As much fun as it is to mow your way through the legions of demons, without challenge, there’s very little to keep you interested long-term. That being the case, why did Hopoo games permit, let alone encourage the possibility of becoming totally overpowered in Risk of Rain 2? How can that be good design?

This all ties into a few intricacies to how Risk of Rain games work. Both the original and its sequel are action rogue-lites with a unique gimmick, as time passes, the enemies get stronger. You have to fight your way through a variety of stages and defeat a final boss, balancing the gathering of items and XP against the ever-increasing threat posed by the monsters and aliens hunting you down. Spend too long turning over every rock on stage two looking for better loot, and by the end of stage five, you’ll be totally overwhelmed.

On normal difficulty and higher settings, staying ahead of the curve is quite difficult. You need to make constant split-second decisions, knowing which items to be on the lookout for. They all have wildly different effects and understanding which to take is key to success. Bustling fungus, for example, which heals you if you’re standing still is almost useless on high-mobility survivors like Huntress and Mercenary (check out our full character tier list here) but can be devastatingly powerful in the hands of the Engineer, whose stationary turrets also get the buff.

Unlike switching on god mode in Doom, breaking Risk of Rain 2 takes skill, forethought, and the ability to think on your feet. You don’t just get omnipotence handed to you on a plate, you have to earn it, which makes a huge difference. Choosing the right gear, staying one step ahead of the enemy until you get a foothold, and then working out how to turn the tables on them is an incredibly satisfying experience.

I remember one of the first times I ever came close to a “god run” (basically becoming unstoppable) was by playing as Mercenary and stacking Soldiers’ Syringes, which massively upped my attack speed. Next, I added a few Wax Quails and Hopoo feathers, which let you boost forward by jumping while sprinting and increase your number of jumps respectively. This meant I could dodge incoming attacks and reposition with ease. From there it was a simple matter of acquiring a few stacks of Will o’ the Wisps, which cause enemies to explode on death.

I was far too fast for anything to catch me, and my increased attack speed meant I could slice even the toughest enemies into ribbons nigh-instantaneously, which then set off a chain reaction of explosions that could clear an entire screen. Later in the run, I found some defensive microbots (which shoot down incoming projectiles) and then I truly was untouchable.

If I had hacked the game somehow to achieve this, or even if I had just done a huge amount of grinding and cranked all my stats way out of proportion, I don’t think I’d have been having anywhere near as much fun. Sure, the game had ceased to be a challenge, but that was my reward for playing so well early on. I hadn’t been handed godhood arbitrarily, so I was still having fun. The fact Risk of Rain is a rogue-lite helps too. If and when you do get bored you can roll a new character, try out a new build, or use an artifact (see how to unlock them all here) to add an interesting gameplay modifier that only spawns elite or massively increases your damage, but reduces your health to 10% of maximum.

The fun is in chasing that tipping point, where you surge ahead of the difficulty curve and become unstoppable. It’s an ingenious way of rewarding highly skilled players, so much so that many ignore the final boss altogether and loop the game until they break it completely. It’s a fascinating piece of design too, showing what can be done if you take a novel approach to established concepts.

Next: Gearbox Acquires IP Rights To Risk Of Rain Franchise

Daniel Craig used to hide his own movies in Blockbuster