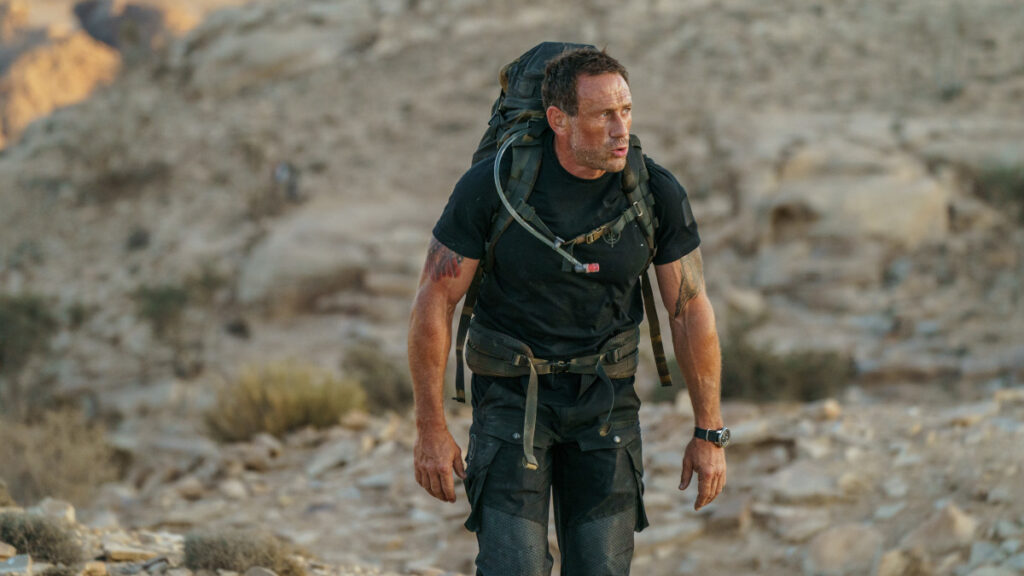 SAS: Who Dares Wins season 7 continued last night on Channel 4. During this third phase of selection the recruits began to drop like flies.

In episode 3, the theme was Mindset. The first task saw the recruits visit the Red Sea port of Aqaba. Here they were asked to perform a backwards dive from a height of 7m. Many of the recruits seemed to struggle to execute the dive as expected by the DS (Directing Staff). Number 12, James did a full rotation and hit the water feet first. His attempt really annoyed the DS team and as a result the rest of the recruits were beasted while he sat and watched.

Number 20, Leo couldn’t take it and gave up his armband to voluntarily withdraw from the course. Number 12 couldn’t stand to watch the others suffer and also decided to give in his armband. The beasting was halted and the recruits were taken back to base.

Later, they were taken out again for another task. This one was a sickener designed to get rid of the weaker recruits. It was a task of endurance that involved carrying their bergens up a 400m sand dune in the blistering 35ºC heat. Number 5, Stacey was the first to drop out shortly followed by number 15, Nic.

After arriving at the top of the dune, the recruits were then made to sprint back down and then up again. This was repeated until two more recruits dropped out. The first was number 9, Vince and he was followed by number 14, Jody. This ended the task.

Back at base, the DS brought number 8, Paige in for tactical questioning. After struggling on the recent tasks she’d managed to push through. The DS were impressed and keen to understand what motivated her. She explained that her Dad had tragically committed suicide two years ago. Billy and Foxy told her she was capable but needed to stay focused.

The next day, the remaining 12 recruits headed back to the dunes. This time the task was a test of aggression – Murderball. Split into two teams the recruits needed to fight for possession of a tyre. The aim was to carry the tyre across the line of the opposing team. The DS shouted out when each recruit needed to get involved. They constantly changed the balance of who was on the pitch.

Number 1, Jamie put in a huge tackle on number 17, Pahrnia. She instantly complained of her head and had to be taken to see the medical team. She was devastated at being told she would be medically withdrawn due to concussion.

The final task involved driving a vehicle through an ambush. The recruits needed to keep moving at speed whilst making split-second decisions. During the task the DS attacked with weapons while explosions went off all around them. There was mixed success across the remaining recruits. Number 19, Tom panicked under the pressure and failed the task.

Back at base, number 19 was brought in for questioning. He began very emotional as he spoke of his wife. Tom explained that he and his wife had been involved in a head-on collision and his wife had suffered terrible injuries. Miraculously she managed to overcome these but Tom was still affected by what had happened. The DS gave him advice on how to focus on the future rather than the past.

In episode 4, the 10 remaining recruits are tested on Trust – a key quality in the Special Forces. At the start, the DS ask the recruits to declare who they deem the least trustworthy. Number 18, Shylla, loses the vote.

After a series of tasks designed to test trust – hand-to-hand combat followed by facing their fears in a terrifying 200-metre abseil – Shylla is pushed to confront why her quiet demeanour makes other people unwilling to trust her, revealing to the DS that a lifetime of racism has made her withdraw.

SAS: Who Dares Wins series 7 continues at 9pm Sunday 1st May 2022 on Channel 4. Preview episode 4 with our gallery:

Sifu Preview – Death Is Part Of The Journey