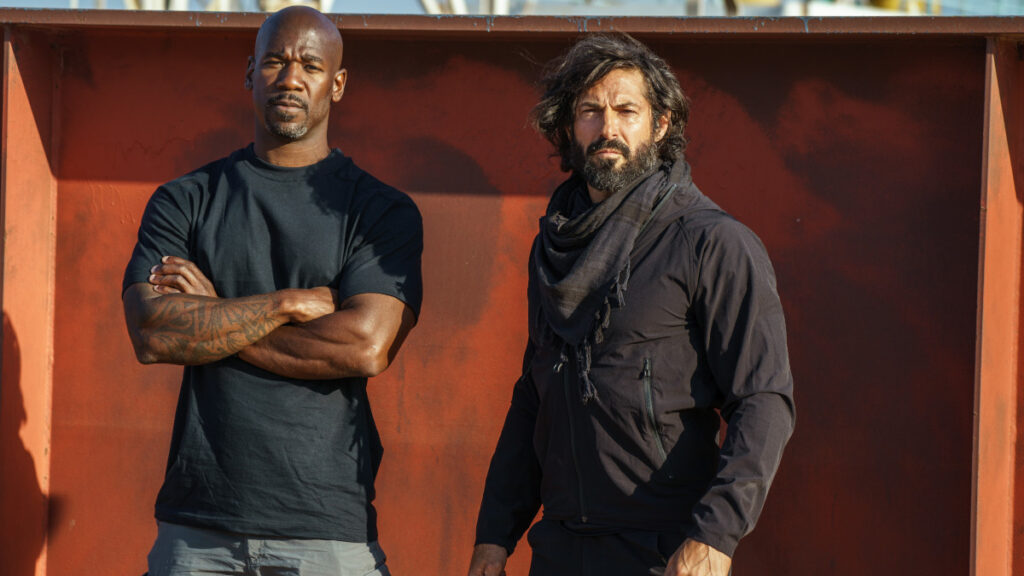 SAS: Who Dares Wins season 7 continued last week on Channel 4. All of the recruits managed to make it to the second phase so the Directing Staff (DS) really began to pile the pressure on.

In episode 2, the theme was Belief. After being called to the parade square, Rudy explained that he and his fellow DS would be increasing the pressure. The recruits were then driven into the desert and made to run to the first task location carrying their 35lb bergens.

For the first task, the recruits were paired up. One partner had to climb a 50ft cliff and then freefall off it, while their partner was tasked with applying the brakes at the right moment before they hit the cliff or ground. Most of the pairs completed the task successfully. However, number 2, Dylan struggled when faced with braking for his partner, number 13, Sarah. He broke too early which almost ended in disaster.

Back at base, the DS held a meeting and highlighted the poor performance of number 2 in the task. On the parade square, Remi wasn’t happy with number 2 fidgeting and not holding his head up. As punishment all the recruits had to bear crawl to the gate before heading out again.

The next task was an endless beasting of varied exercises until one recruit decided to voluntarily withdraw from the course. Number 2, number 11, JJ and number 7, Justyn all seemed to be struggling in the heat. After an hour it was number 7 who gave in first and handed in his arm band.

Following the beasting, the recruits returned to base. Number 11 had to see the doctor after struggling with an old boxing injury. Fearing a fracture, the doctor medically withdrew him from the course. Following another meeting, the DS decided to bring number 2 in for tactical questioning.

Number 2 was asked to explain how he was feeling. He said he felt he was doing ok but his anxiety got the better of him during the brake test. He opened up about his past when his mum was tragically killed at the Manchester Arena bombing. Foxy and Remi listened and gave some advice on how to proceed.

Following training in the rules of engagement and weapons handling, the next task was designed to see which recruits could make life or death decisions in the heat of battle. They had to enter a simulated enemy compound while under fire. They then had to make a choice to shoot or stand down when faced with a enemy. Only half of the 18 remaining recruits successfully passed the task.

After struggling with the task, number 15, Nic was brought in for tactical questioning. Foxy and Rudy were impressed with him physically but wondered if there was something going on mentally. He explained he was struggling around the other recruits before opening up about suffering from gender dysphoria from a young age. He transitioned nine years ago but still felt he has a way to go mentally. The DS were impressed and felt he had plenty more to give to the course.

In episode 3, the DS want to test which recruits have the mindset to overcome the most brutal challenges they’ve encountered as yet. The recruits are expected to perform a seven-metre backwards dive and face an elimination sickener on a 400m sand dune, which sees four recruits hand in their armbands.

There’s also hand-to-hand combat in the murderball task – a test of aggression, tactics and strength. The phase concludes as the recruits face an ambush while out driving.

PSA: You Might Not Need To Unbox The New Smash Bros. amiibo To Use It