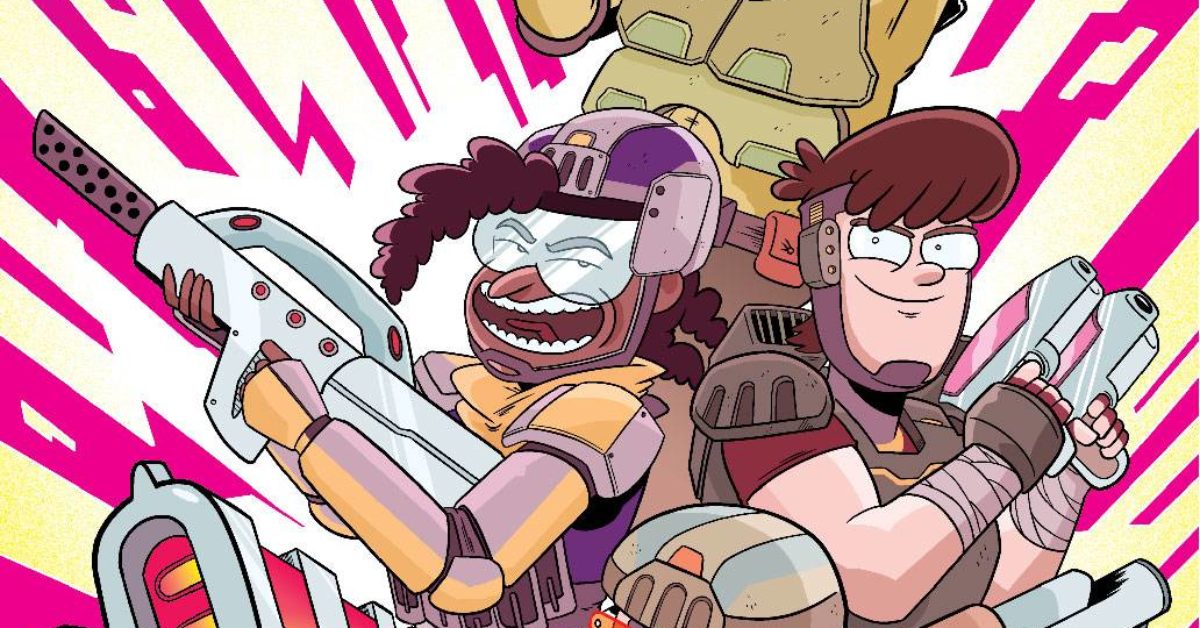 Whatnot Publishing, a new comics publisher, formed in partnership between the livestream marketplace app Whatnot, and Massive Publishing, has announced the sales figures of their first title Alpha Betas #1, which has received over 45,000 orders from retailers at Final Order Cut-Off, placing the publisher in one stroke alongside Image Comics, Dynamite and Boom Studios for launches.

The comic book series is both the companion and prequel to the Alpha Betas animated show, produced by 3Blackdot and Starburns Industries, the animation studio behind Rick & Morty. Alpha Betas #1 is written by Kyle Starks (I Hate This Place), drawn by Starburns alum and Whatnot Publishing Co-Founder Michael Calero, and coloured by another Whatnot Publishing Co-Founder, Trevor Richardson and will be published in comic book stores on the 12th of October. Calero states “making a series like this and launching a publishing company you hope that the effort you put in will be met with fan support and that retailers will spot your book amongst the field of amazing comic series debuting each and every month. The response we’ve received has been mind-blowing and we are incredibly thankful.”

Trevor Richardson states “We know how much retailers put on the line when ordering books and we wanted to be able to put something into their hands that showed that we are going to be releasing titles that not only sell themselves but are fun to read. So we put a sampler comic book featuring our first four series into the hands of every Diamond Distributors retailers across the globe at no cost to the shops.”

A third Co-Founder at Whatnot Publishing, Kevin Roditeli, has their comic book to follow, Ninja Funk #1. “We couldn’t be more grateful for the support and interest from readers and retailers toward our launch lineup. With orders of Alpha Betas #1 surpassing 45,000 copies and looking at the early orders of our next debut, I just want to shout out that YOU’RE THE BEST! The co-creator of Ninja Funk, JPG, is a retailer himself and is making his dream of creating comics into a reality. Seeing the support he is getting from fellow retailers, just shows how special and beautiful the world of comics is. Thank you all!”

Whatnot Publishing will launch Quested in December by Michael Calero, Thomas Parson and Kit Wallis, and The Exiled in January, a cyberpunk crime-noir tale co-created by Wesley Snipes.

HELLRAISER, some things are better left in the past