What We Learned From The Huge GTA 6 Leak 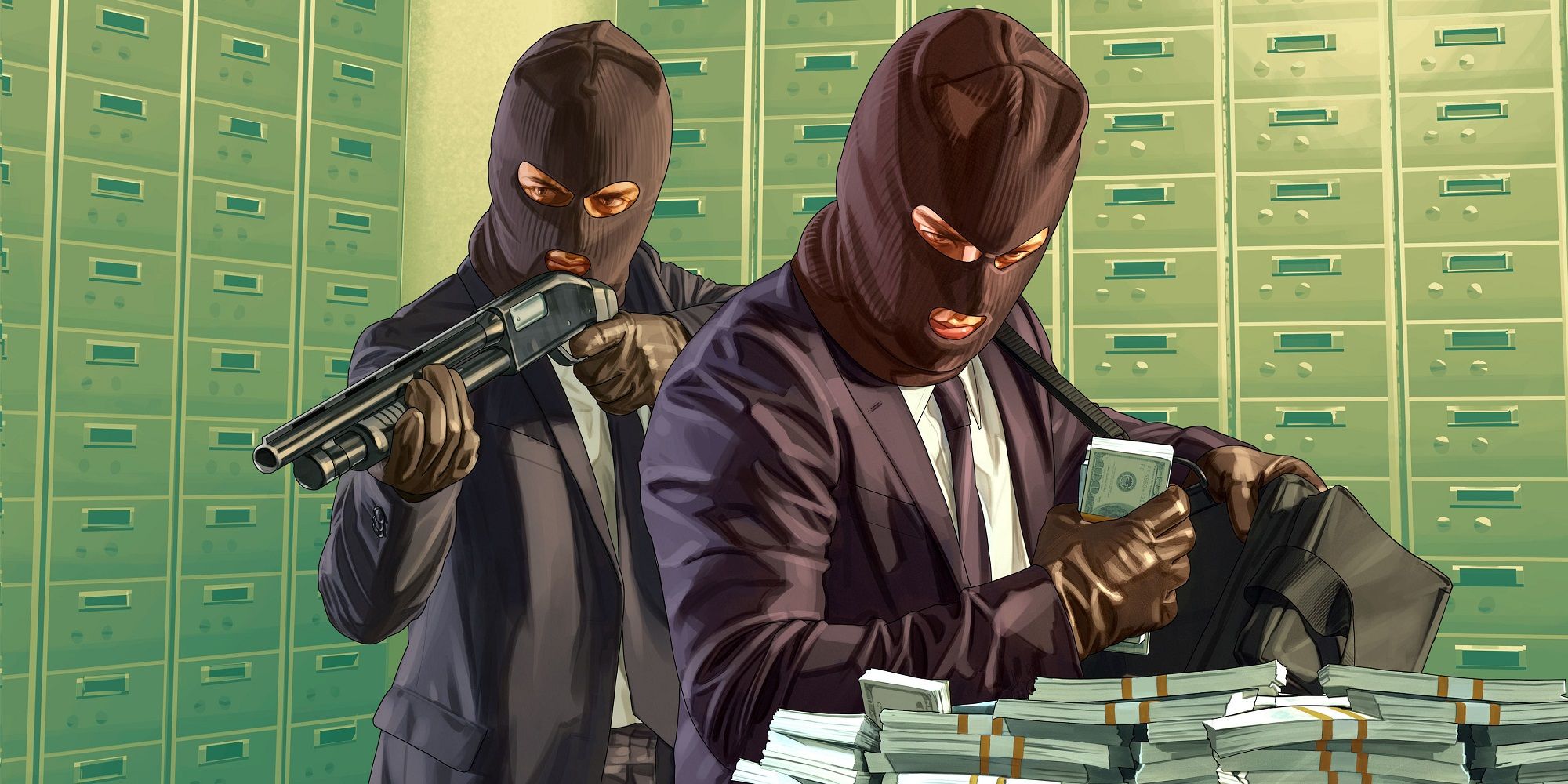 So you know those very real-looking GTA 6 gameplay leaks that came out over the weekend? Well, it turns out they are real. Yes, even though Rockstar’s next big project is clearly some way away, it’s also very clearly underway. Spare a thought for Rockstar employees, because at the time of writing Rockstar is probably threatening to fire 10 people every 10 minutes until someone owns up to the leak, but for gamers this is among the most exciting and insightful leaks to have happened in videogame history.

And while Rockstar would probably much rather we didn’t read anything into the leak or what it means about the final game, we’re obviously not going to obey them, and instead dissect as much of the footage as we can to get a feel for what could be in store.

Here are some of the key takeaways we can learn and deduce from the GTA 6 leak.

For months, all kinds of murmurs and minor leaks have suggested that GTA 6 will feature a playable pair of co-protagonists, described before as a ‘Bonnie and Clyde’ type couple (i.e. a couple of road-tripping bank-robbing drifters). Well, judging by this footage, that is indeed the case.

In the footage, we see the player switch seamlessly between a male and female protagonist, who are called Jason and Lucia respectively [these could be names-in-progress]. Our co-heroes seem to be pretty disreputable down-and-out sorts – grubby, sleeping in motel rooms, and of course committing crimes. Jason has a pretty thick southern accent, while Lucia – as rumoured previously – is a Latin-American woman.

While we see the player controlling both Lucia and Jason at various points, it appears that you can also do missions with both characters at the same time, with the non-player-character being AI-controlled. Sounds like a perfect opportunity for a hop-in, hop-out seamless co-op mode!

RELATED: GTA 6 Will Be Better With Fewer Playable Protagonists

It’s Set in A Modern-Day Vice City… And Beyond? 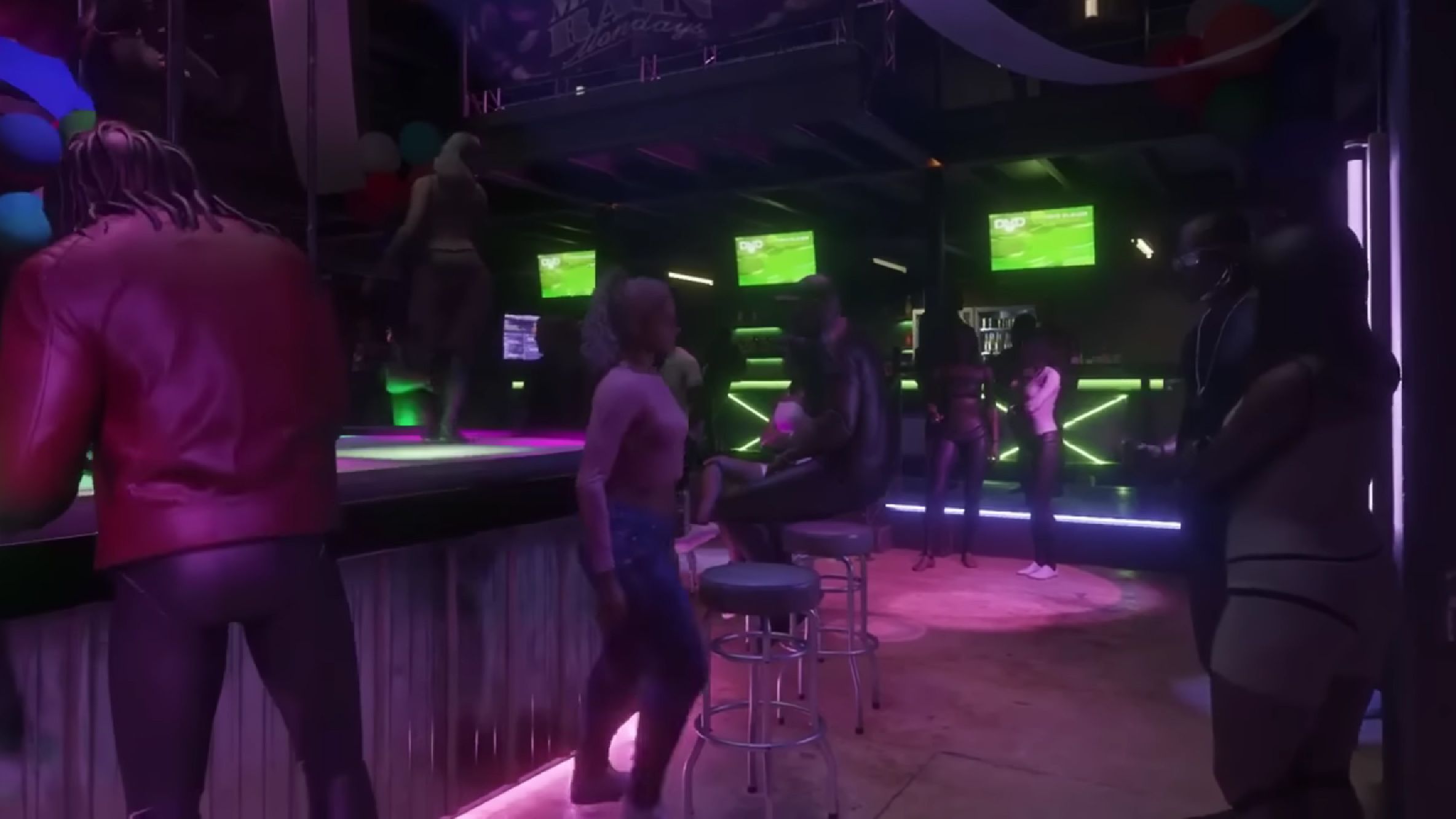 Nearly 20 years to the day since GTA: Vice City came out, we’re finally returning to that sordid yet alluring place based on Miami, Florida. Some fans may be disappointed that we’re not being taken back to the heady 80s as per the original game, and the modern-day time period is all but confirmed as one of the characters refers to the death of Jay Norris – the CEO of social media site LifeInvader who gets killed by Michael De Santa in GTA V. Naturally, that means the game is set after the events of GTA V.

Some Reddit sleuths have managed to discover that a real-life Mexican restaurant called El Toro Taco has been used in the game, presumably as a placeholder. As the restaurant is located in a place called Homestead, which is right on the southern edges of the Miami Metropolitan Area, that suggests the game world will extend pretty far beyond Miami itself. At various points, we also see Vice Beach (the GTA equivalent of South Beach), the Ocean View Hotel, and Little Haiti.

It Looks Grittier Than GTA V 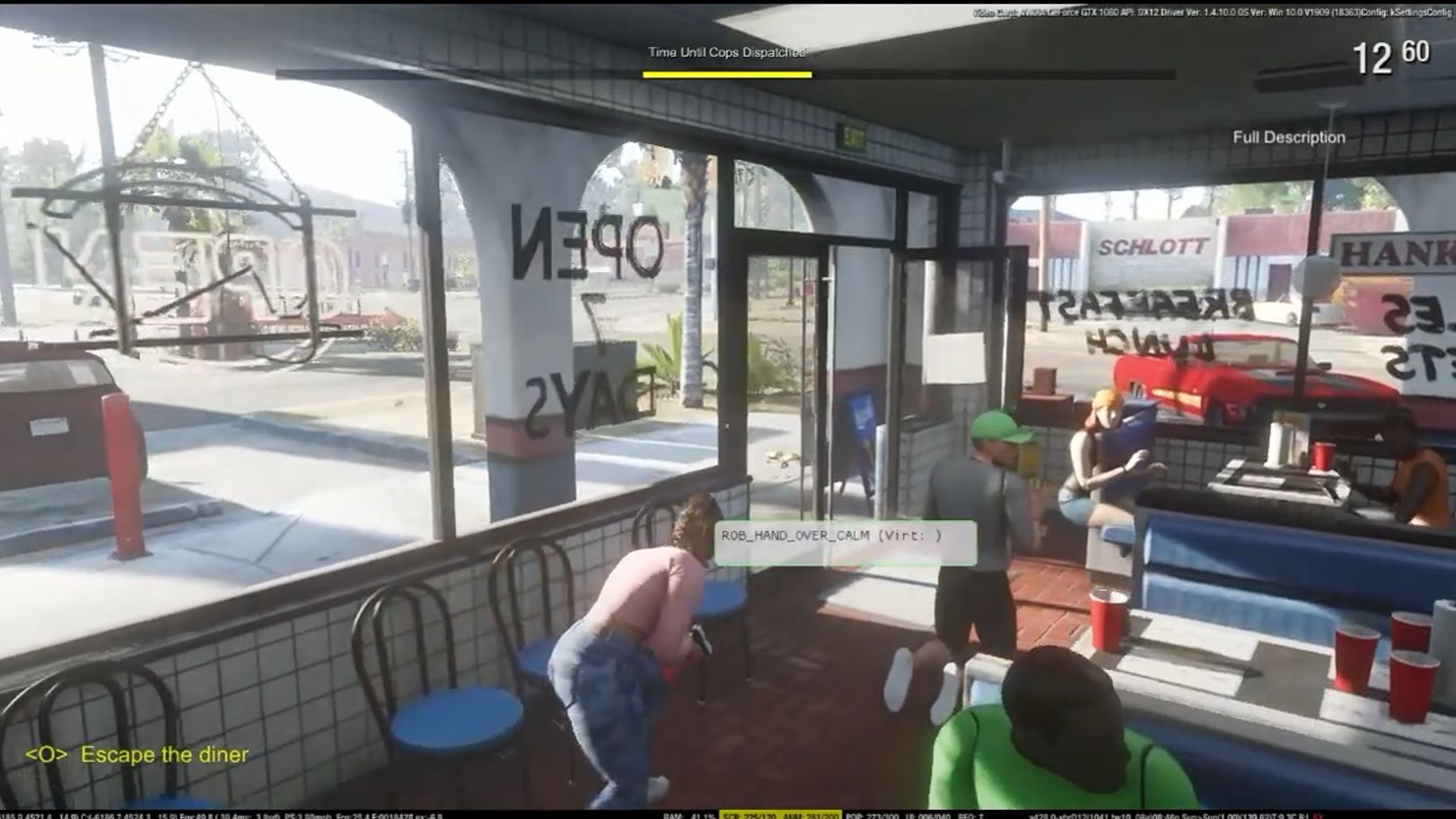 From the co-protagonists to the environments, buildings, and even the colour palette, everything from this early footage of GTA 6 suggests it could be a big departure from the vibrant, hyperactive style of GTA V. It looks like quite a bit of the footage takes place in backwater areas, with cracked pavements, trash, and building facades that look dark with dirt.

One of the most detailed environments in the leak is a diner that co-protagonists Lucia and Jason hold up, Pulp Fiction-style, and let’s just say that it looks like the kind of place where I’d question the legitimacy of their hygiene certificates hanging on the wall.

Everything in the game looks kind of dirty and unwashed, which could be an indication the game will be looking to a grittier, more serious tone last seen in GTA 4.

You Can Carry Bodies… Maybe 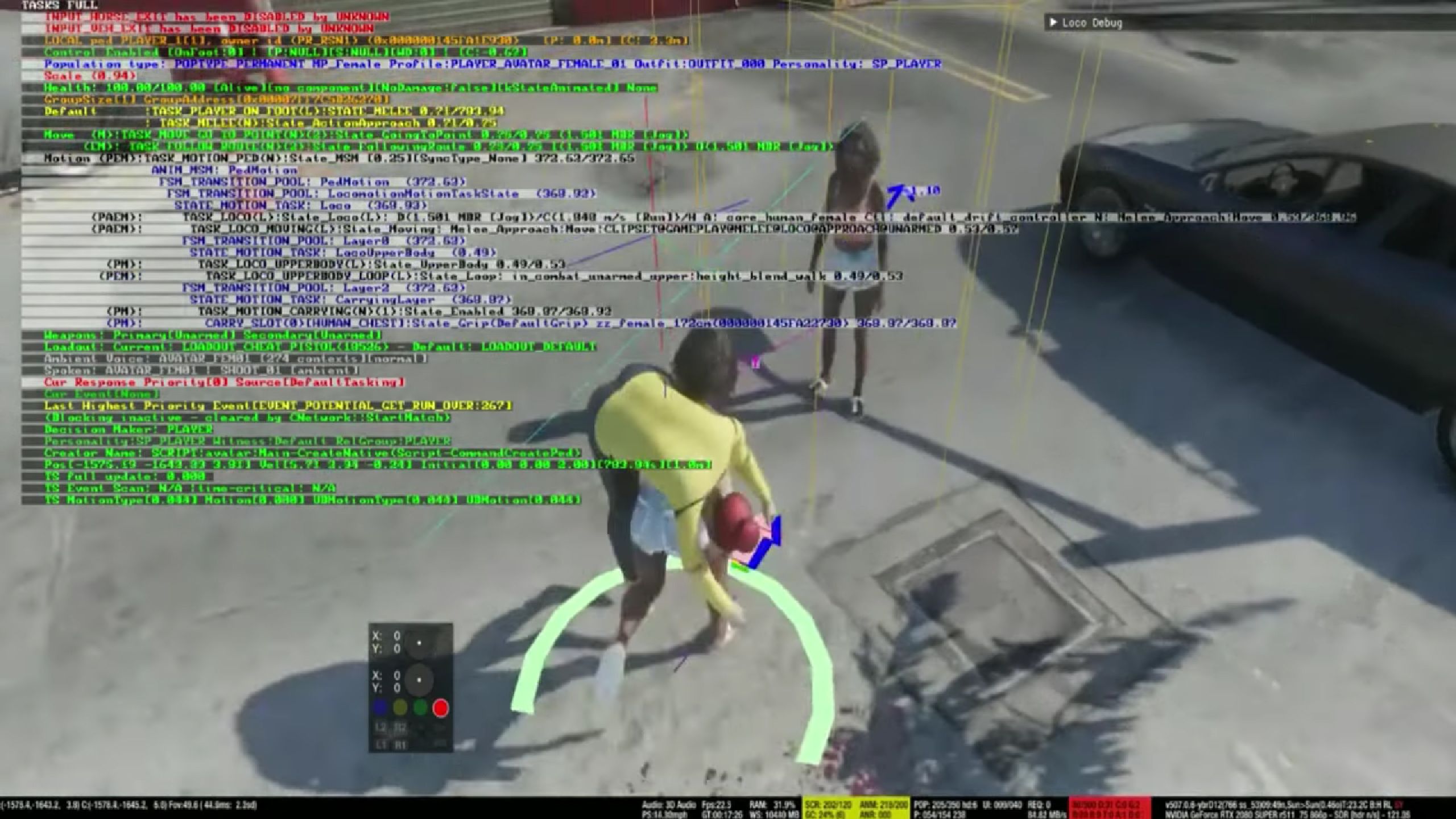 The GTA series has never really been one for subtlety, and has no qualms with you just leaving bodies lying in the street after a shootout. The leaked footage of GTA 6, however, shows a player-character carrying someone on their shoulders.

This would make it the first GTA game where you can carry people. Red Dead Redemption 2 let you do this, but that was always in the context of chucking lassoed people over your shoulder like a sack of potatoes so you could carry them to your horse. In the context of a modern GTA game, carrying bodies could mean there’ll be some sort of stealth system, whereby hiding bodies could be a vital mechanic should you wish to take a sneaky approach to situations. A stronger stealth system would help spice up the series’ mission structure, which has long suffered from being a bit samey. 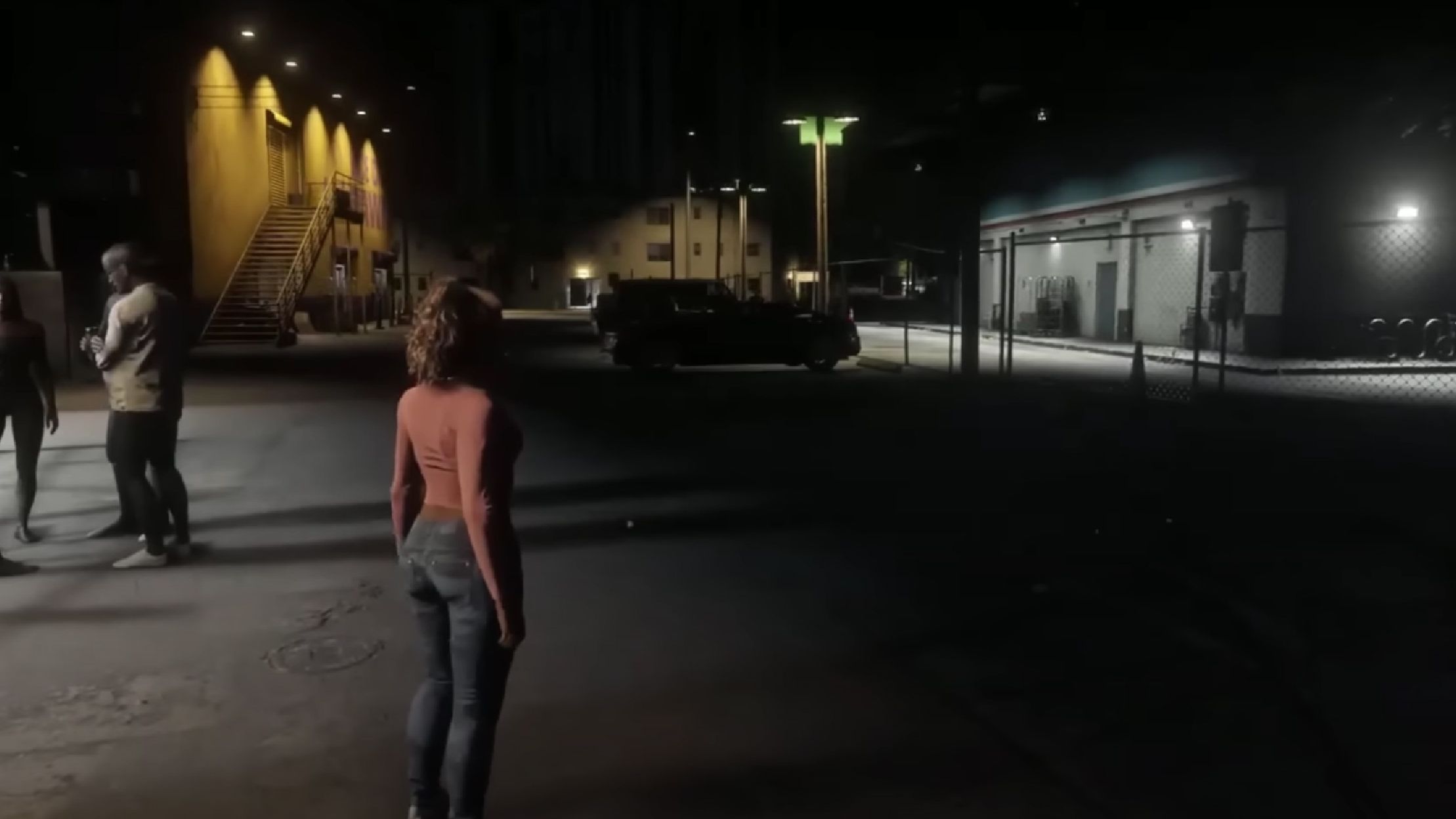 Recycled assets from GTA V, horribly deformed character models, untextured faces that look a bit like The Incredible Crash Dummies; it’s clear that this build of GTA 6 is a long way from the finished product. There’s enough here to get a broad feel for what to expect, but of course can’t judge the game’s quality from this footage.

It’s very possible that the different bits of footage in the leak were made months apart. At various points, we see GPUs like the RTX 3080 and GTX 1080 were used to test the game. With the RTX 3080 released in September 2020, that means that at least certain parts of the footage are more recent than that.

It’s early days and a lot is still subject to change, but the leak’s been a fascinating insight into the inner workings of a massive games company. Clearly, it’s a long, winding road before release, but even this rough footage has got us all giddy to see what’s next.

NEXT: What We Learned From The Huge GTA 6 Leak

Jason Moore to Direct Adaptation of Steven Rowley’s The Guncle

Where To Find Ghost Glovewort 8