What Is Cordyceps (And Is It Real)? 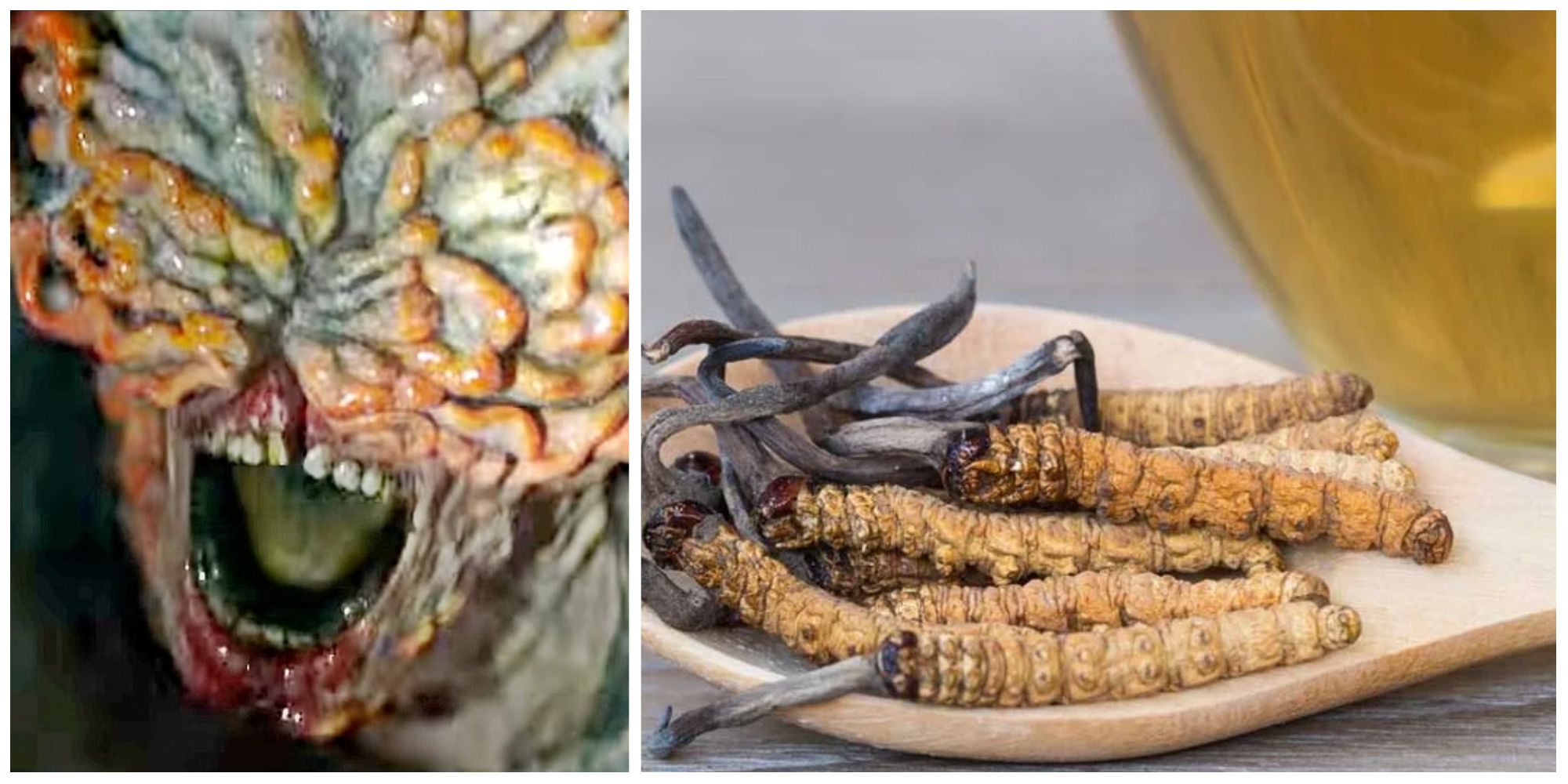 The Last of Us TV series has landed, and in some style, we might add. Rave reviews, powerful performances, and a fine balance between staying true to the game and allowing it to shine on its own merits have set this up to potentially grow into one of the greatest ever TV shows based on a video game. Several years ago, that wouldn’t have been a big achievement given the limited amount of quality content on offer, but in this day and age–with shows like Arcane, Cyberpunk, and Castlevania gracing our screens–that’s no small feat!

In the show, the apocalyptic pickle that the world gets into is driven by Cordyceps, a parasitic fungus that essentially takes over the human mind and drives its host to spread the fungus as much as possible. At the very start of Episode 1, before the events unfold, a scientist on a talk show (played by John Hannah) talks about how Cordyceps affects ants, becoming the ‘puppeteer’ of its host. The scientist then theorises that Cordyceps or another fungus may eventually spread to humans given the right environmental conditions.

And if you’ve watched the show or played the game, you know how that pans out.

RELATED: HBO’s The Last Of Us: Who Is Marlene?

In the Last of Us game, the Cordyceps infection spread via spores (much like fungi like to do), though oddly enough the show’s executive producer Craig Mazin revealed that in the show Cordyceps doesn’t spread using spores. The reason for this, he said, is because it meant that characters spent too much time wearing gas masks in the game, which wouldn’t make for great television.

As of Episode 1 of the TV series, we don’t yet know exactly how the Cordyceps infection spreads, though we’ve seen the horrifying effects it has on the human body, as Joel and co. stumble upon the body of a person who’s succumbed to the fungus. In its bid to spread, Cordyceps turns people into zombie-like creatures (albeit much smarter than your regular TV zombies) that over the course of several years become more and more visibly fungal, until they become pretty much walking deadly humanoid fungus-people.

As per the game, there are multiple ‘stages’ to the Cordyceps infection. The early stages look quite a lot like fungal versions of your regular horror zombies. At the third stage, which takes about a year to get to, infected hosts become ‘Clickers.’ As we saw in the show’s trailer, these things move fast, and emit a rather horrid ‘clicking’ sound; they do this because with their eyes covered by the fungus, they rely on echolocation to navigate their way around and track down their prey.

Things get worse for the host from there as the fungus continues to do its work. In the games, we saw Bloaters and Shamblers, two alternative fourth stages of the Cordyceps infection, where after years of infection the host becomes a grotesquely bloated pore-covered mass of ooze and fungus, which effectively acts as a coat of armour. Eventually, several infected people can merge into one horrific mass of human limbs and fungus, known in the games as a ‘Rat King.’

The shocking thing is that Cordyceps is real, though luckily it hasn’t spread to humans… yet. In reality, there are over 600 different strains of Cordyceps, with the vast majority of them being parasitic fungi. The most infamous one, however, is Ophiocordyceps unilateralis, otherwise known as the zombie-ant fungus.

“Like something out of science fiction, the fruiting body of the Cordyceps erupts from the ant’s head.”

This variant literally takes over the host ant’s brain and body, and get the ant to break away from its colony, then attach itself to the underside of a leaf where it dies. The fungus then bursts from the head of the dead ant, hanging over the colony below from a position where it’s able to emit its spores widely over the colony below.

Strangely enough, certain variants of real-life Cordyceps are used in natural remedies, where you quite literally swallow dried insect husks along with the fungal stem growing out of them. Popular in China, Cordyceps has undergone some promising studies to suggest that it has all kinds of benefits to physical health.

Cordyceps is widely used as a natural health remedy – get that down ya!

If you can handle a bit of real-life insect body horror, David Attenborough narrated this rather incredible but horrifying documentary showing in graphic detail how the different varieties of Cordyceps impact their respective host species. Intriguingly, this variant of Cordyceps is itself vulnerable to fungal infections (yep, a fungal infection of a fungal infection), which means that nature essentially has its own way of preventing the infection from running completely rampant.

Something that Attenborough says during this clip seems to ring particularly true for the Last of Us TV series:

“But these attacks do have a positive effect on the jungle’s diversity, since parasites like these stop any one group of animal getting the upper hand.”

We need no reminding in recent years that infections thrive in crowds and over-population, so could it be the case that the human variant of Cordyceps seen in the show popped up as a way of violently getting nature back into balance? Keep watching HBO’s The Last of Us, and you may just find out.

NEXT: Is The Last of Us TV Series (Episode 1) Faithful To The Game?

How Long Does It Take To Beat Tinykin