What does it mean for the Switch to be region-free? 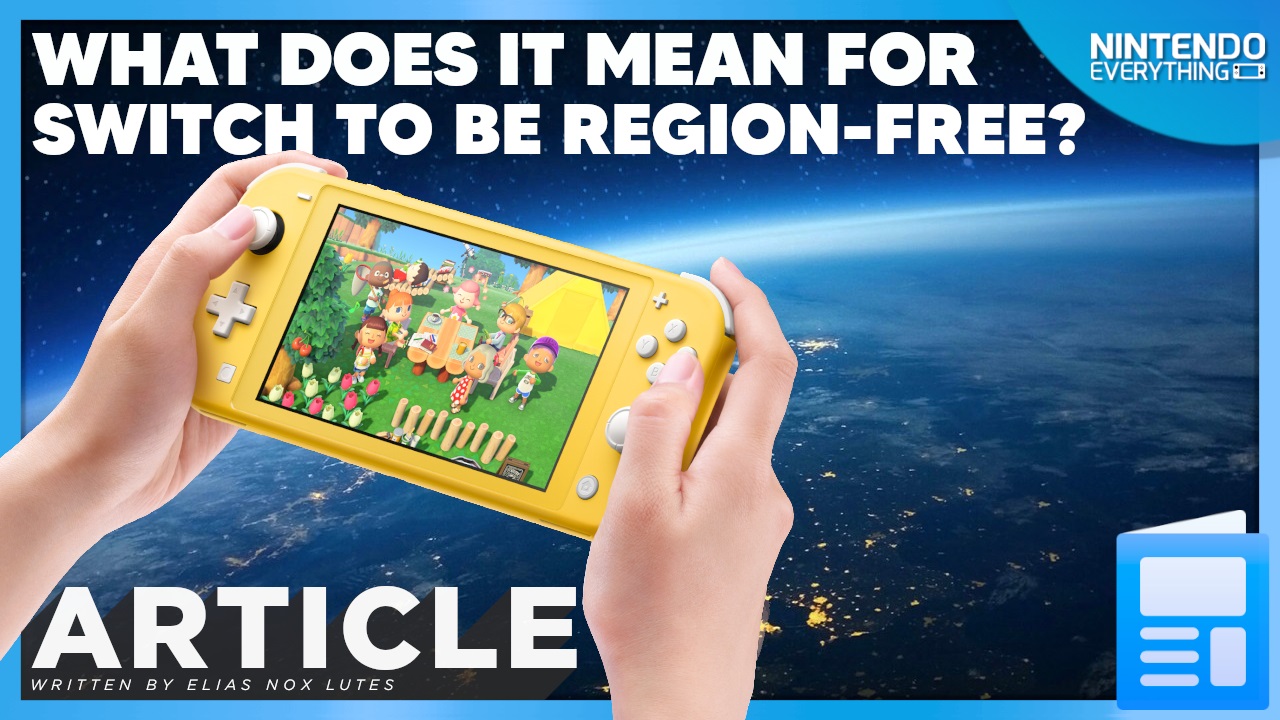 Long have Nintendo handhelds been a bastion for region-free gaming. Nintendo’s Game Boy and DS lines of consoles are celebrated for their ability to accept titles from any country and any language – meaning kids from the ’90s definitely could import a copy of Pokemon Green and play it in its original Japanese language. If you’re from that time you may have had a friend that somehow had gotten their hands on it. While TV consoles for the most part were region-locked, meaning they only accepted cartridges or CDs from their specific manufacturing area, importing handheld games became more commonplace with the rise of digital marketplaces. User-friendly and in your own local language, many online retailers feature the ability to purchase games from overseas; but in an era where new Pokemon games are released globally on the same day, why would you need to import or even download something from another region in the first place? 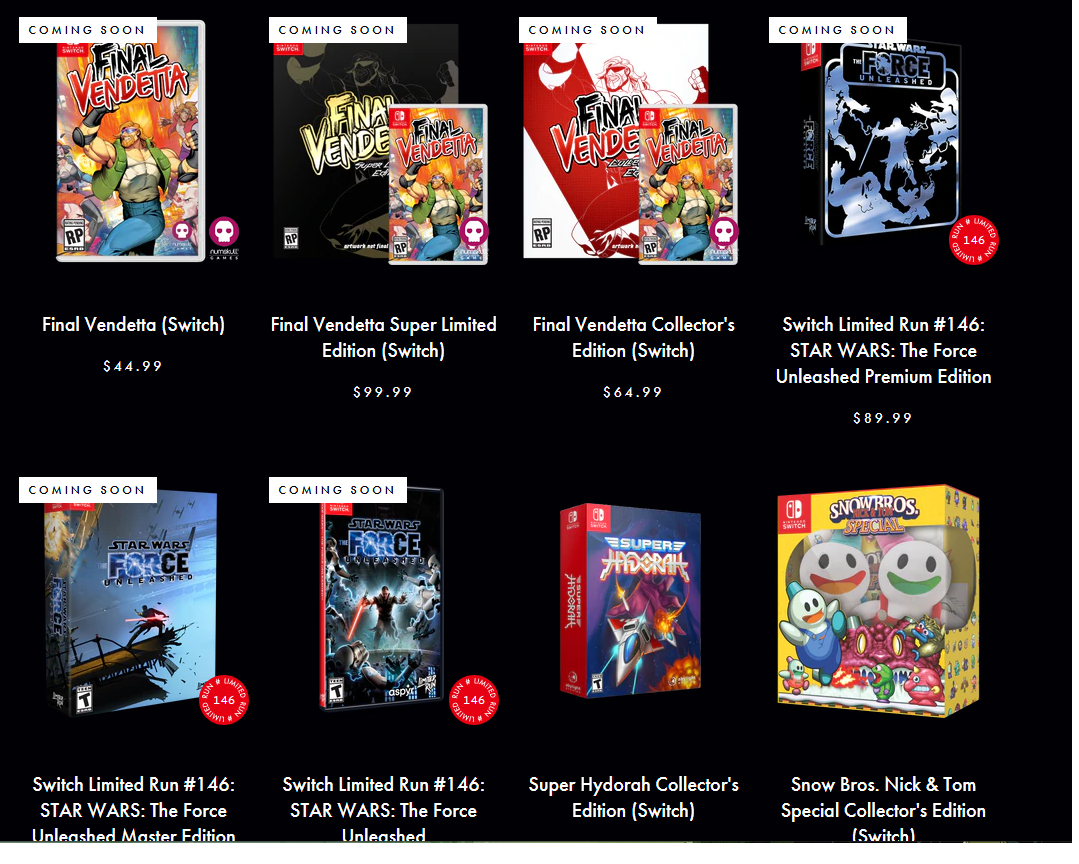 While we may have access to almost any game via the Switch eShop, some regions will see a limited physical release of popular titles whereas the west will only see a digital listing. Independent publishers may also release a small-batch printing of physical games for collectors, and regardless of where the game is published we can obtain a copy and slide it straight into the Switch cartridge slot. Publishers like Limited Run Games are becoming more known to players here in North America, but across the ocean we have offerings like Strictly Limited Games from Germany, and Super Rare Games Limited out of England. All of these companies will make a few thousand units of physical media, and obtaining these games in any form, be it trades, eBay auctions, or other import sites will still result in a playable game despite its origin. As long as the game exists in your region, you’ll be able to purchase and play DLC with ease. You will, however, need an account from the region the game was released in to accrue Gold Points on My Nintendo from an imported cartridge. 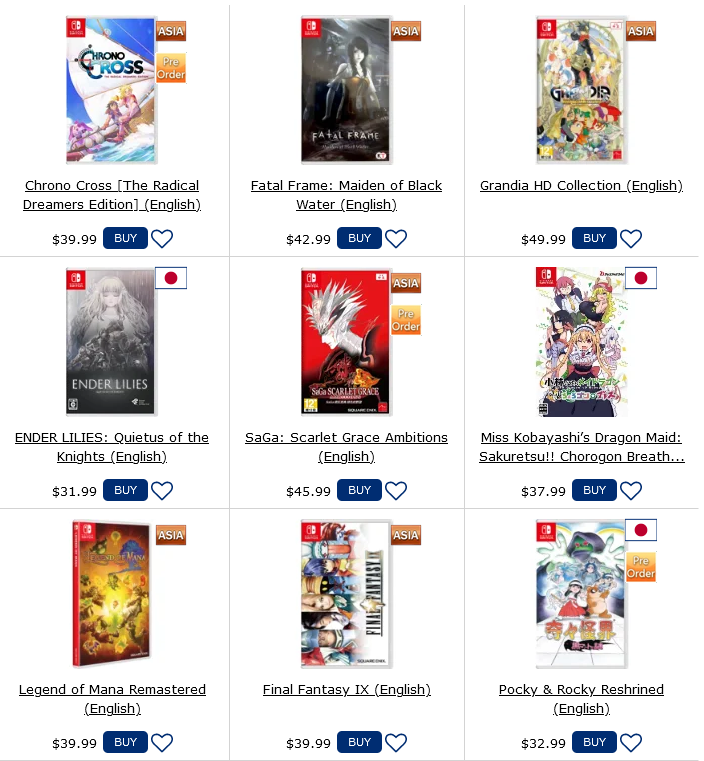 Many popular titles will see a physical release in Japan but perhaps not over in western countries. As much as that can be frustrating for an avid collector, a solution can exist in the form of an Asian release from a country like Thailand or Malaysia – these countries commonly release games with multiple language options and can be imported with English text. This makes it very easy for most players to get a hold of something precious to them without having to worry about not being able to understand it. While these games will work on any Switch, they will need to be bound to a correct regional account to accrue Gold Points, and you may need said regional account in order to use DLC or other online content with the game depending on if the game is available in your region or not.

Games Without any Western Localization

This is a big one here: there are so many games that are out in Japan that have never seen the US eShop, let alone a store shelf in your local Electronics Boutique. Importing titles from Japan has become a lot easier with specialty sites like Play-Asia gaining traction, along with easily finding listings on auction sites like eBay, or small stores that list their offerings on easy-to-access storefronts such as Amazon or social media marketplaces. While these games do not always offer English text, there are a few out there with the option available. Games unreleased in the West will require a correct regional account to purchase and play additional content such as DLC expansions and costume packs. In order to do this, players can create an account with the corresponding country and purchase eShop cards from other regions. Personally, I use Play Asia for this exclusively, since I have never personally had a problem with delivery from the site. While there are other vendors out there like G2A, or even OffGamers, I personally have not used them and cannot vouch for their reliability. (If you have, please let us know about your experience in the comments section!)

While these are the three main points for taking advantage of your region-free Switch, what kind of games can you expect to play from other regions? 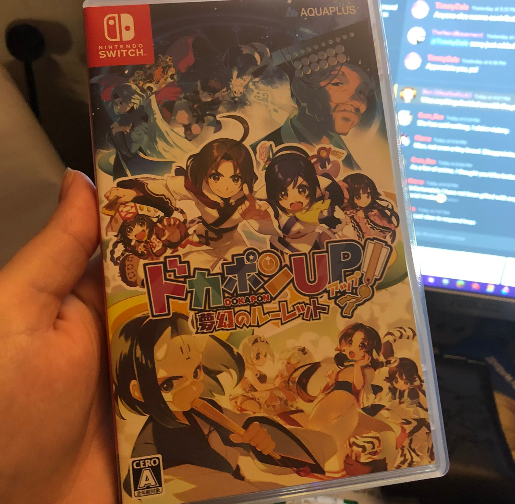 So who does this benefit? Mostly physical collectors, but players with large amounts of digital storage can also go the eShop route for their collections as well. Or you, if you’re a person like me that enjoys destroying their friends at party games (this is a cross-over with the Dokapon series of party games along with Utawarerumono, called “Dokapon UP!”). What do you need to get started there? Well for one, an eShop account from the corresponding region where you would like to purchase your game from, but also the ability to purchase from that region. While a PayPal account can work for some, a reliable method is grabbing foreign eShop cards from a reputable vendor and keeping an eye out for good sales. Having a variety of eShop accounts for various regions may sound like a lot of work for some, but for players who want to get access to games that won’t be hitting their area, or games that are awaiting localization can be a fun way to play special titles or in the case of Dokapon UP!, get your friends to hate you in the most enjoyable way possible.

Is Rogue Legacy 2 Coming to PS5, PS4? Dev Taking Things ‘One Step at a Time’

I watch speedrunning like my dad watches sports – Destructoid