What Are You Playing This Weekend? (November 19th) 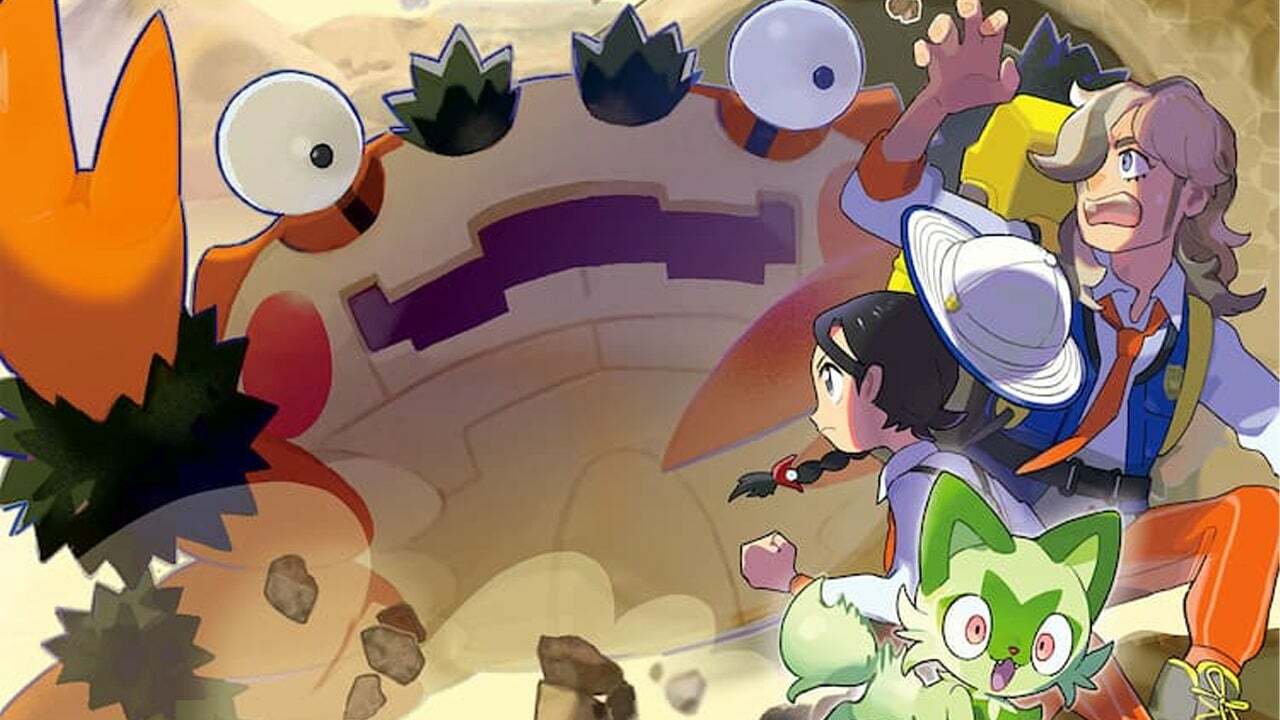 I’ll be chipping away at Pokémon Scarlet this weekend for the most part. I’m not particularly very far yet; I’ve beaten two gym leaders, two titan Pokémon, and one Star Crew leader, despite sinking a fair few hours into the game already. I’m just having so much fun wandering around the world of Paldea, but it does mean I’m significantly over-levelled for a lot of the areas!

Elsewhere, I’m actually replaying all of the Gears of War games on my Series X. I absolutely adore that series and even the first couple of entries still hold up remarkably well. It’s a good way to let off some steam, at least!

With all of the Black Friday sales kicking off this week, I’m keeping an eye out for something new to play. My eShop wishlist is currently bursting at the seams with great looking titles, many of which are being given a tasty looking discount. Both Golf Story and The Messenger are calling me at the moment, and with savings that big, could it really be a weekend of two new games??

In truth, the answer is probably not. I foolishly started playing A Link to the Past on the Switch’s SNES library this week and I have been unable to put it down. I am a Zelda fan through and through, and LTTP is one of those games that hooks me every single time I play it for ‘just five minutes’. Here we go again, I guess…

(*sadly, with defeat in her voice*) Pokémon Scarlet. So far it’s… fine? But I know that it’ll get worse as I go along. It feels very safe, as well. Most of the Pokémon I’ve encountered are old ones, and it looks like Sword and Shield, but sunnier. I know that it’s my fault if I come into this game with low expectations, but still.

Also, Vampire Survivors on my shiny new Steam Deck! And A Little to the Left! And Wobbledogs! And Dishonored! It’s a busy weekend.

It’s Pokémon weekend! Even though I’ve already dumped a lot of time into Pokémon Scarlet & Violet, I’m going back for more. I’ve got things in the postgame to discover, items to find, and a lot of Pokédex to fill up. I can’t believe I’m still finding new areas, trainers I’ve missed, etc. Something I didn’t mention in my review is the fact that I’ve caught three shiny Pokémon, which means I think I might be developing a taste for shiny hunting…

Otherwise, I might be dipping into the eShop Black Friday sale this weekend. Because I totally need more games to sit idly on my Switch, unplayed.

It’s Pokémon Scarlet & Violet weekend so I just try to pretend to fit in with the rest of the gang who are all excited about this new Spain/Portugal influenced areas to explore and new pokémons to pokinate(?). With both NieR: Automata and Bayonetta 3 still doing the weekend rounds I will need to make space to the ridiculously addictive Loop Hero and Unpacking, two of my recent physical arrivals. The less said about my current skills at Arkanoid: Eternal Battle the better. I fear I’m also a bit addicted to Orbital Bullet.

Game of the Week is Lunistice. Don’t let the faux PS1 polygons fool you, this is a modern age platforming masterpiece thanks to precise controls and smooth frame rate. Are you taking notes, Sonic Frontiers?

As ever, thank you for reading! Make sure to leave us a comment below with your weekend gaming plans!

Ragnarok Side Quest Honors Developer Who Lost His Life To Epilepsy