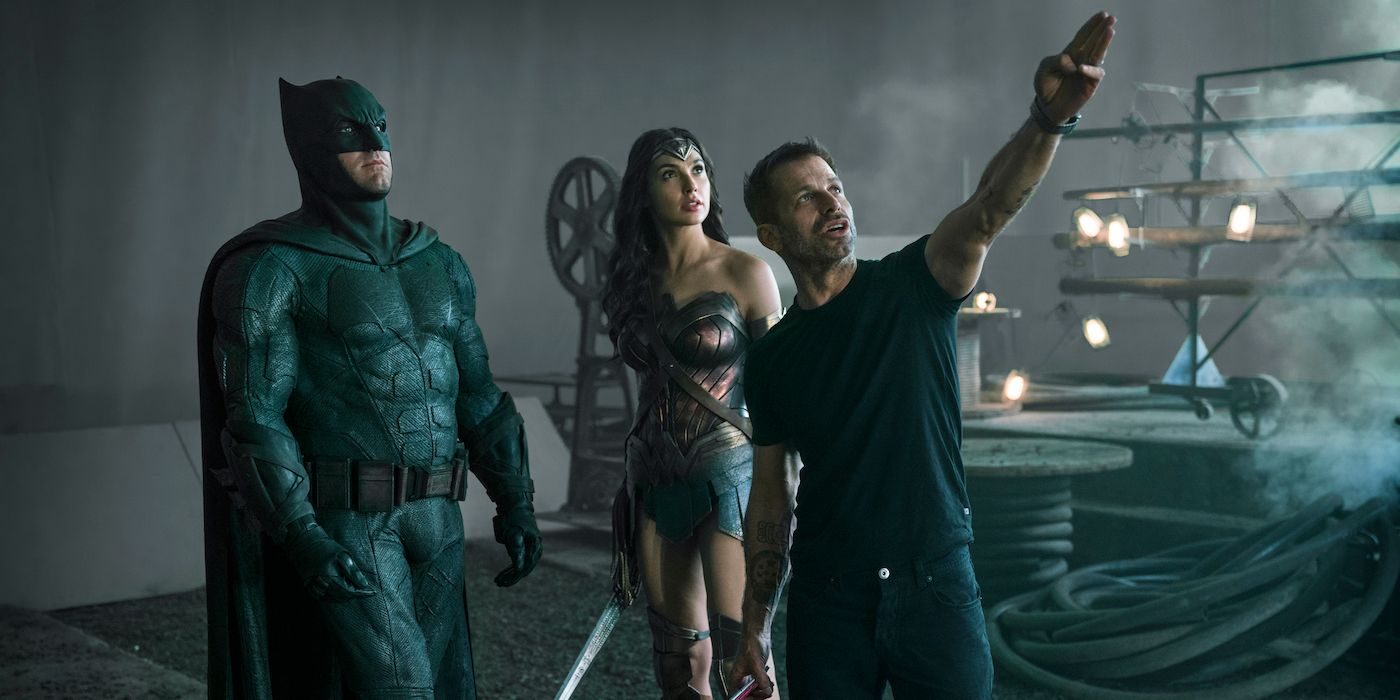 New reports relate the recent canceling of Batgirl with Warner Bros. Discovery wanting to move further away from the SnyderVerse, the name used to define the DC Extended Universe movies made under the supervision of filmmaker Zack Snyder. Besides scrapping Batgirl — a movie directly connected to the SnyderVerse — Warner Bros. Discovery informed documentarist Leslie Iwerks that the only official version of Justice League was the one finished by Joss Whedon in 2017, not acknowledging the version released in 2021 completed by Snyder.

Iwerks is currently involved in developing a docuseries highlighting the extent of the DC universe in comics, movies, series, and everywhere else. So, it’s fair to assume the showrunner will cover the recent films made for the DCEU, including the ones directed by Snyder. However, as The Rolling Stone reveals, Iwerks was refused access to license clips from the 2021 Justice League, also known as The Snyder Cut. This is because Warner Bros. Discovery claims the only official version of Justice League was released in 2017.

Warner Bros. Discovery’s willingness to distance itself from the SnyderVerse might also help explain what led to Batgirl’s cancelation. While the first reports blamed bad reception on early screening tests, the company’s official statement cited a change of strategy, suggesting DC movies should be made only for theatrical release. Since then, we’ve also discovered that Batgirl would be used for a tax write-down, an unprecedented move in Hollywood history regarding a big IP production. Since Warner Bros. Discovery is so determined to erase Snyder’s version of Justice League from history, it would make sense if Batgirl’s cancelation was another step away from the SnyderVerse.

RELATED: ‘The Flash’: Michael Keaton Says He Returned as Batman to See How Fans Would React

Batgirl was expected to bring J.K. Simmons back as Commissioner James Gordon, a part he played in Snyder’s Justice League. Besides that, the movie would also star Michael Keaton as Batman, a role he hadn’t played for three decades since Tim Burton‘s 1989 Batman and 1992 Batman Returns. Keaton is also set to return to the same part in The Flash, which adapts the beloved comic book storyline Flashpoint and pays off a plot thread left open by Snyder since Justice League.

The Flash’s fate is also hanging in the air since the movie’s leading star, Ezra Miller, was arrested in Hawaii for public misconduct. So, Warner Bros. Discovery could also scrap it to clean the slate and get rid of any Snyder influence still in the DCEU. In addition, Keaton allegedly had a part to play in Aquaman and the Lost Kingdom and might have been replaced by Ben Affleck‘s Batman, making it look like the DCEU is cutting all ties with storylines created inside the SnyderVerse.

It’s still too early to know precisely where the DCEU is going, as Warner Bros. Discovery keeps shelving movies and TV series while restructuring the company. We might get a better idea once the next DC movie to hit theaters, Black Adam, is released on October 21. Check out Black Adam’s trailer below: