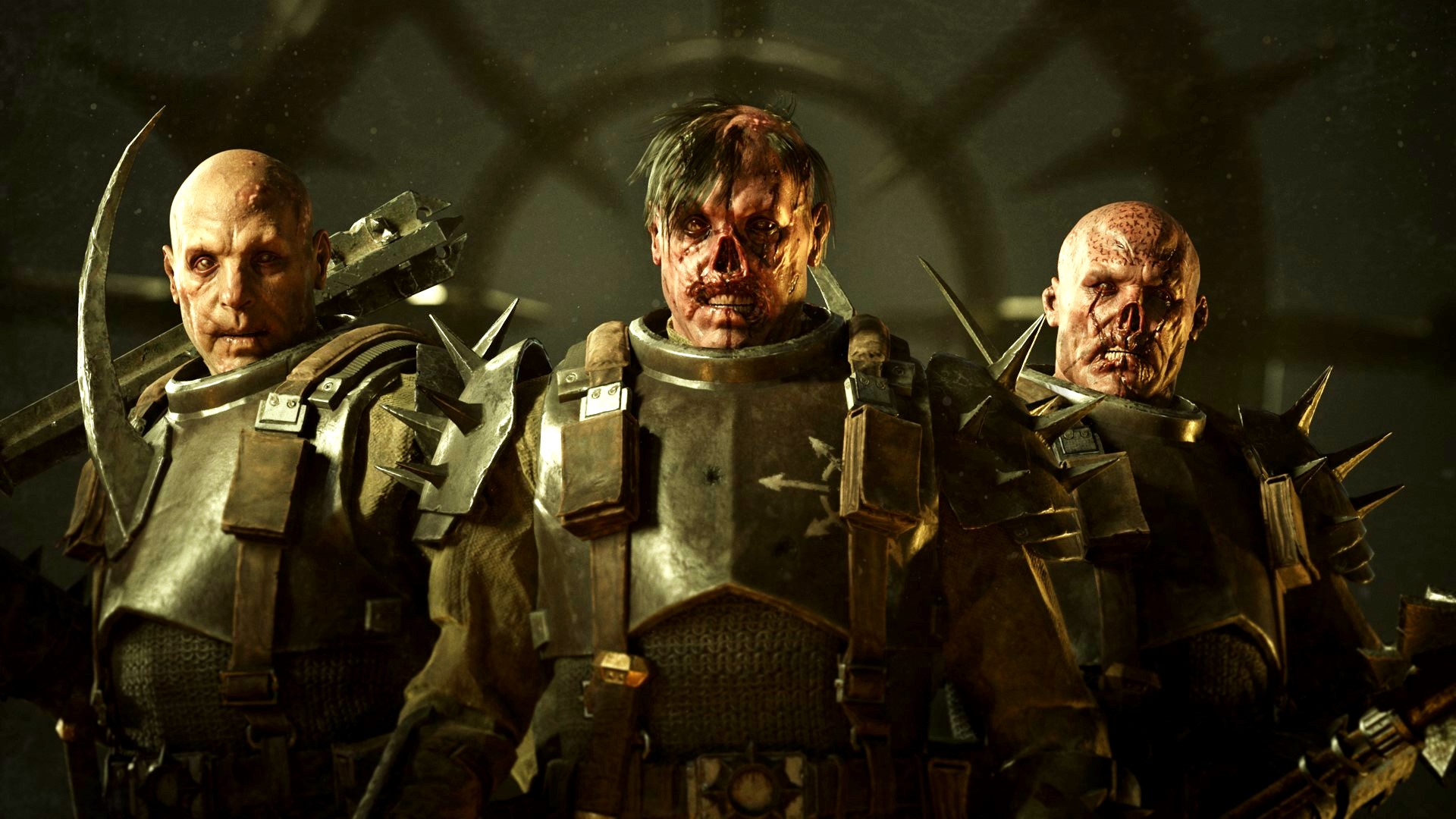 You don’t get a lot of time to get to know the enemies in Warhammer 40K Darktide, because like other Left 4 Dead-inspired co-op games, the object is to mow them down as quickly as you possibly can. But Darktide co-writer Dan Abnett, who’s also the author of many popular 40K novels, says the ominous figures emerging from the shadows in the Tertium underhive do have a story, and it’s a sad one.

There’s a new post by Abnett up on the Darktide Steam page, and it explains the background behind some of the enemies we’ll be facing when the Warhammer 40K: Darktide release date rolls around in August. Many of them are humans corrupted by chaos, including a regiment of some of the Imperium’s finest troops, the Moebian Sixth.

According to Abnett, the troopers of the Sixth are much like conscripts from anywhere across the Imperium. They’re pressed into service at a young age and flown to the far reaches of space to fight alien and astral terrors they could never imagine in their time on Tertium. That’s the threat that citizens of the planet know as “the darktide.”

That experience, he says, is frequently traumatic, when it isn’t outright fatal.

“Some troopers, of course, serve brilliantly and bravely, and remain loyal,” Abnett explains. “But others fall prey to the insidious touch of the Darktide. They encounter the malevolent effect of the Warp, and it changes them. They become – literally, in some cases – the very thing they are fighting against.”

The Moebian Sixth fields a range of troops, and you’ll encounter several of them in Darktide: there are close-range melee fighters, flamers, heavy weapon squads, and snipers. “They have everything you’d need in an armed unit if you wanted to take down a world,” Abnett says.

Check out our hands-on impressions of Warhammer 40K Darktide from Summer Game Fest if you’d like to know more about how this follow-up to Vermintide feels to play.

Sega looking into live-action adaptations of Atlus games, including Persona