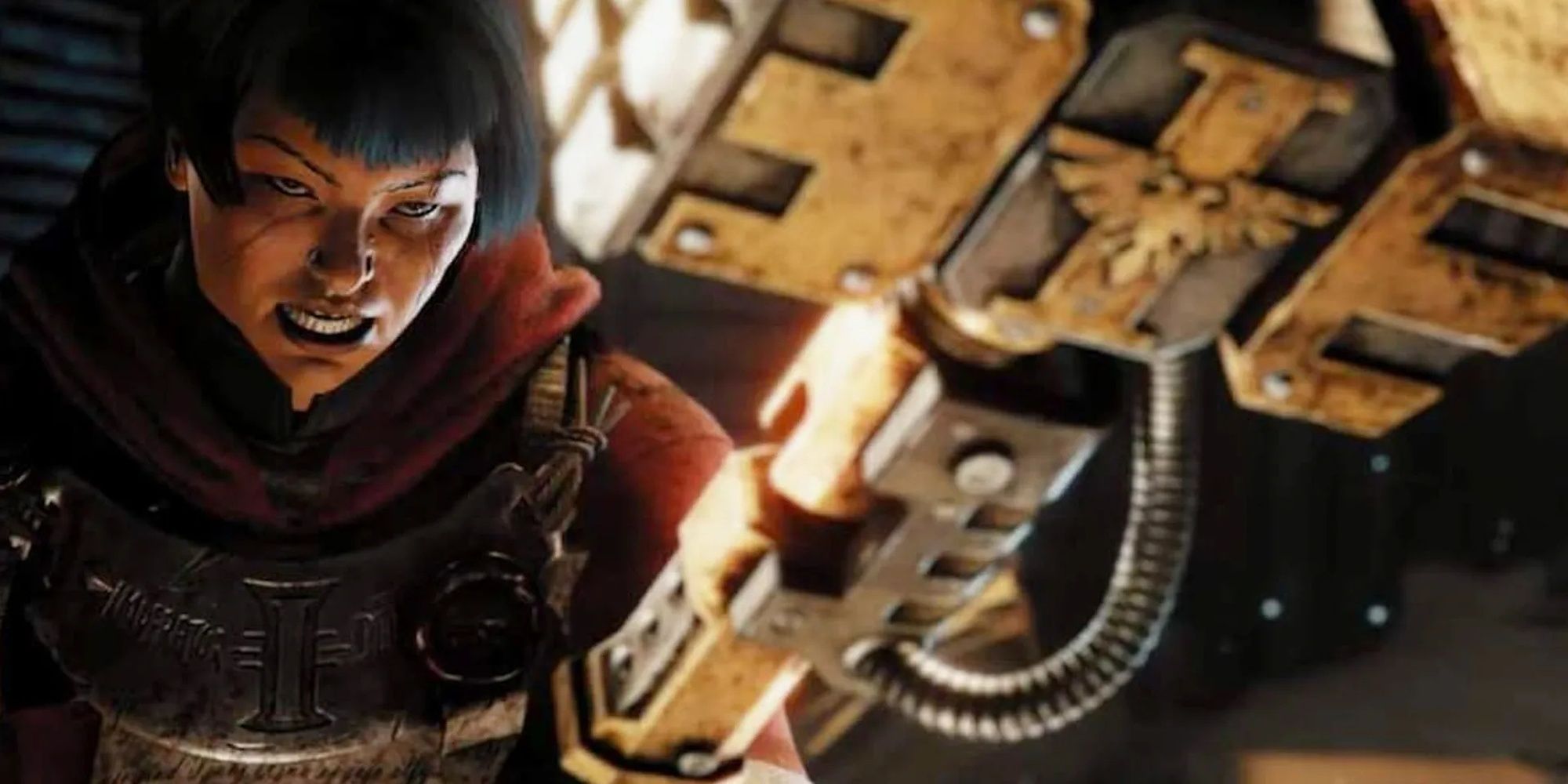 Warhammer 40,000: Darktide is scheduled to hit Steam is just a little under two months, and the development team at FatShark is stirring up hype for the game in a new trailer showcasing the unflinchingly pious attitude and punishing power of the zealot archetype’s preacher class.

“Justice plays no favorites, nor do I,” the preacher’s guttural voice can be heard saying during thew trailer. “The corrupt should fear me as readily as the heretic or the traitor.”

The trailer first shows the preacher doling out justice in brutal fashion, mowing down a line of enemies using a minigun and imbuing the head of a massive hammer with electricity before rushing forward to slam it into the side of an enemy’s cranium. It is certainly intent on showing off fast-paced combat action the game delivers, as it goes on to show the preacher using a heavy revolver, a hatchet, a shotgun, and a submachine gun to continue their wave of righteous fury. One of the most vibrant visuals shown in the dark-and-gloomy environment picks up near the end, as the preacher approaches a wide wave of enemies and looses a volley of fire from a flamethrower whilst shouting, “Judgment calls!”

An official Class Spotlight on the zealot published on Steam explains that zealots in the world of Darktide consider the Imperium’s emperor to be a truly godlike figure, charging into the heat of battle with “thunder hammers, chain axes, and power mauls” in order to protect the imperial seat. “Ever alert for the taint of heresy, they judge their allies by their own high standards, and invariably find them worthy of rebuke, chastisement … or outright threat,” the spotlight states.

By augmenting the zealot archetype with the preacher class — just one of multiple classes planned for the zealot archetype — players will add a variety of bonuses and skills to their arsenals. One such skill, as laid out by the spotlight, is the passive ability to deal more damage at lower health. Preachers will also receive a bonus to melee attack speed, have a resistance to death when taking lethal damage, receive less toughness damage, and have the special ability to lock on and dash towards their foes. An attached fact sheet lists their starting loadout as a combat axe and an autopistol, and they will have the ability to utilize “stumm grenades.”

Warhammer 40,000: Darktide is scheduled for release on PC via Steam on November 30. A closed beta test will be happening later this month, from October 14-16.