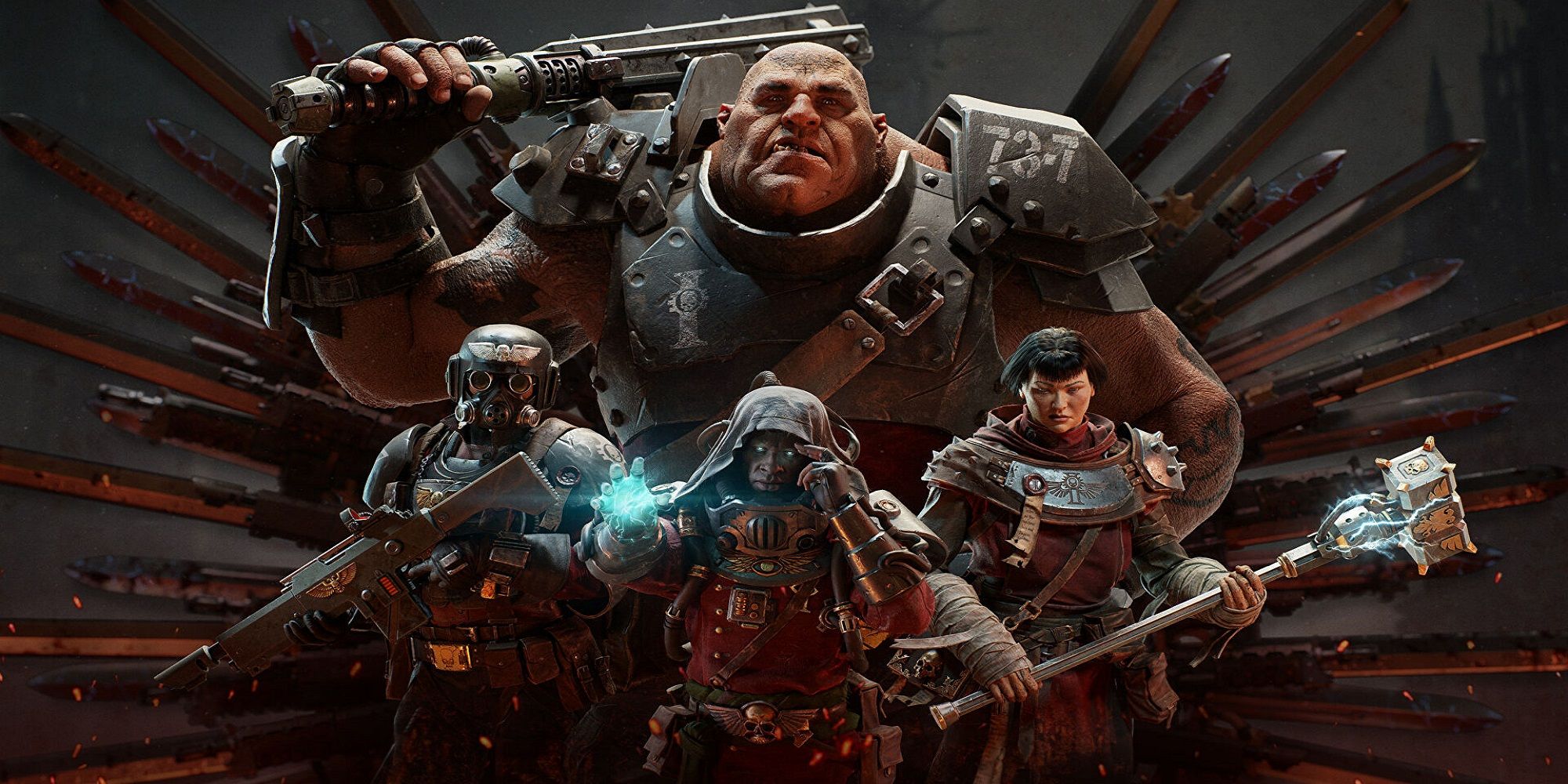 In the grim darkness of the far future, there are only middling Steam reviews. Warhammer 40,000: Darktide, the futuristic sci-fi co-op shooter, is currently in an “early access beta period” on PC, which is confusing gamers. As pointed out by PCGamer, developer Fatshark has released a roadmap of content coming to the game over the next 11 days, but that has not stopped gamers from leaving mixed reviews.

Vermintide, the award-winning series Darktide is being built off of, was a huge success and one of the best uses of the Warhammer license in digital gaming. That just makes the middling reviews, hovering between “mixed” and “mostly positive”, all the more confusing. Reading the reviews clears up the picture, with gamers expressing frustration over a lack of content. Currently, only four missions in four different zones are available, severely underselling the amount of variation that will be available after the game’s official release.

Starting on Monday, in-game events will be added to Darktide along with four more missions. On November 28, two more missions will be added to the lineup. More in-game events and an unrevealed final zone will be live on the game’s official release date, November 30. Further post-release content has not been revealed at this time, but given the years of support Vermintide has received — with additional classes, relics, and playable zones — it is safe to assume Darktide will be greatly expanded over the next year.

Despite the public roadmap for content leading up to release, a growing number of reviews continue to slam Darktide for being unfinished. One review goes into extensive detail over the lack of graphic optimization available, while another derides the lack of detailed weapon information, a feature arriving next week according to the developer. Other gamers are expressing frustration over character variation and the lack of private lobbies and solo play, two features which have been announced for December.

The confusion over fan expectations during an early-access period is understandable, given how often companies use “early access” as an early-marketing device. A real beta period, with new features and ongoing changes to the game, is surprisingly rare these days. Steam tries to assist with alleviating confusion by labeling reviews as “pre-release”, but that has not stopped fans from expressing disappointment over missing features.

Warhammer 40,000: Darktide will be available day one through Xbox Game Pass for PC on November 30. Currently a timed console exclusive for the Xbox consoles, a future PlayStation 5 release has not been announced. Until then, Darktide is available for users that pre-ordered on Steam in an open beta period.

NEXT: Playing Warhammer 40,000 Darktide Gave Me That Good Familiar Buzz

Does Twisted Metal’s Sweet Tooth Even Need A Reboot?