To pay attention to what’s happening onscreen while watching WandaVision is to notice how the screen itself keeps changing. When the show first introduced us to the seemingly idyllic lives of Wanda (Elizabeth Olsen) and Vision (Paul Bettany), it did so in the guise of a 1950s-style multi-cam sitcom, and as the show has dug deeper into the chaos of Wanda’s mental state, it has continued shifting through different eras of television, with the dimensions of the frame changing to match.

A massive part of making that journey through the history of sitcoms happen was cinematographer Jess Hall, who didn’t just work hard to match the visual styles of the past, but also make sure that the aspect ratios of WandaVision reflected what world the characters were experiencing. No episode highlighted this more than Episode 7, which spotlighted the modern era of mockumentary sitcoms like Modern Family, while also featuring sequences shot in the 2:40:1 framing traditionally used by the Marvel Cinematic Universe… a framing which eventually creeped into Wanda’s perception of reality. (Oh, and we also got some blasts from the past as well.)

I spoke to Hall after Episode 7 about the show’s approach to making the cinematography an active part of the storytelling than usual, from the decision to play with aspect ratios to the custom lenses and digital cameras used to create each unique look. He also revealed which eras he felt were the most (and least) comfortable to recreate, when they shot key moments of Agatha Harkness’s big song, and how he made sure that the S.W.O.R.D. sequences felt just like watching an MCU film.

Well, to start off, at what point did you know that this would be a series that would require you to work in a whole bunch of different aspect ratios?

JESS HALL: I mean, I sort of knew from the beginning that if we’re going to do this properly, we would embrace aspect ratios as an aspect of the period work. But I think there was always a question in my mind of whether, with the new streaming platform, whether that was going to be acceptable to the producers and whether the fan base would really accept it. So I think there was in my mind that desire for it because it was very authentic and I was going for authenticity, and I think the show, in general, was aiming for that. So it felt like the right decision, but it was a conversation until relatively close to principal photography started as to whether we were going to be able to do 4:3 and eventually the decision was to go 4:3 for Episode 1, 2, and 3.

And I was really, really delighted by that for a number of reasons, partly because it was authentic, but also because it gave me an opportunity to use aspect ratio as a dramatic tool, using the contrast of that within the series to kind of heighten these moments of transition. And also because the science of the lenses that I was developing with Panavision for the first three episodes, they kind of worked better with a square format because I was able to kind of get this sort of even falloff around the edges, which was very period-appropriate. It was a conversation from the beginning and a reality relatively close to when we started shooting.

What was the deciding argument in terms of being able to go ahead and play with the aspect ratios?

HALL: I mean, I think ultimately, everyone had their opinion, but I think the final permission came from the top — as filmmakers we all have desires, but we all work for somebody. Ultimately, the decision from the studio came that they were comfortable with it, and that was great because it was a real commitment on their behalf to the vision and integrity of the show, I think. And it was a bold choice, I mean, there were arguments that audiences don’t like 4:3, but I think this has proved that if the content is good enough, audiences will accept 4:3 and they’ll accept black and white.

So you say that you had specific lenses you were developing. Was that to match the period elements?

HALL: Exactly. Yeah. So, we’re walking with one camera platform, a very high-resolution Alexa large-format camera, 4K HDR finishing, the highest quality finishing. But then we were trying to replicate or reference this early film look — so that was slightly, you know, a misfit there. I knew that I had to do stuff in camera, work in camera, to get that look, and one of the things was to do it through the lenses.

So I did a bunch of testing with period lenses, but they were quite fragile and there was only so much I could manipulate them. So we actually ended up constructing our own set of lenses for that. I [used them on Episodes] 1, 2, 3, and actually we used them on 5 as well. And they had very specific characteristics — they kind of bloomed the highlights and they were soft and they had focus fall off from center to edge. And a certain amount of lens coverage. All of which were elements that we could kind of dial in to custom taste. I worked with Dan Sasaki of Panavision on developing and building those, so that was a really exciting aspect of the production.

HALL: Well, when we talk about reality, I guess we’re talking about the MCU, so we’re part of that lineage, we’re part of that story. And so for me, it was really interesting to use the legacy and the strength of the franchise to build upon and to do our own take on that, but actually to have some level of continuity because the audience, you’re kind of propelling them into all this, asking them to accept all these different periods and then to give them something which is like, okay, I sort of know where I am. It was really important to build for the audience, for them to locate themselves quite concretely in the MCU. And the MCU really is a 2:40 [aspect ratio] world, for the most part.

So that was what I was playing with there. And I went one step further, which was to actually get ahold of the lenses that we used to photograph Endgame and Infinity War, the Ultra Panatar lenses. And I used those for all our MCU work. So the idea there was that I was encoding that work with the sort of subtle reference some in the audience have seen before — probably they aren’t really consciously aware of it, but maybe subconsciously. They’re very specific lenses that run to perspective in a very specific way; it was a little nod to, okay, this is the reality world of the MCU. So, you know where you are when you hit that.

HALL: Well, it’s a combination because on set, we obviously have to protect for the transition. You don’t want the [2:40:1 aspect ratio] to come down and create a bad composition. So we’re aware that we’re going to do it and we have our frame leaders set up so that we’re framed for both aspect ratios, and then ultimately the transition is done in post-production — because the timing of it is very specific and Matt Shakman, our director, will have a point-of-view on exactly how long he wants it to last, how quickly the dropdown comes, and so on.

Absolutely. So we have this montage at the end of Episode 7 that includes a lot of shots from previous episodes that we, of course, didn’t see before. Were those moments shot while in production on those episodes?

HALL: Yeah. For the most part, yes. Because you know, she’s in that period costume, there’s a transition where she goes from one costume to another, which obviously was a little different, that was shot slightly out of sequence. But generally, we got those shots when we were on those sets, because the sets were dressed period-specific and we didn’t want to have to go back and redress a house or redress the street for that period. So we’d try to shift out of our sitcom world at the end of that work, and we’d be like, okay, right now, we’re going to do all our “Agatha All Along” moment. I mean, they’re very specific shots, they’re all single shots, so they often required a type of camera platform or type of crane or some sort of camera move that might not be used in the rest of the episode. It would require a little bit of a kind of shift and methodology for us. But yeah, we largely did them in sequence.

To wrap up, you have all these different styles you’re playing with, and I’m not going to ask you what you might be doing in Episodes 8 and 9, because I know you can’t tell me. But of what we’ve seen already, what was the most comfortable for you in terms of style and format, and what was the least comfortable?

HALL: I got very uncomfortable when we got close to the later-era sitcoms because in a way they’re quite close, in terms of a camera platform, to what I’m using. But yet, it’s a very different language to how I would shoot something. So it was easier to go to the romantic black-and-white or early color film look, which is such a departure from what the actual look of the digital camera is. But it was a little harder when we got closer to the look of the MCU — it’s also a digital modern camera, so then to really kind of build an identity around that, it was a little more challenging. In terms of complexity, though, Episode 1 was one of the most complex just because it was a three-camera live show, so I would say I was well out of my comfort zone there, too.

Liz Shannon Miller is a Los Angeles-based writer and editor, and has been talking about television on the Internet since the very beginnings of the Internet. She is currently Senior TV Editor at Collider, and her work has also been published by Vulture, Variety, The AV Club, The Hollywood Reporter, IGN, The Verge, and Thought Catalog. She is also a produced playwright, a host of podcasts, and a repository of “X-Files” trivia. Follow her on Twitter at @lizlet. 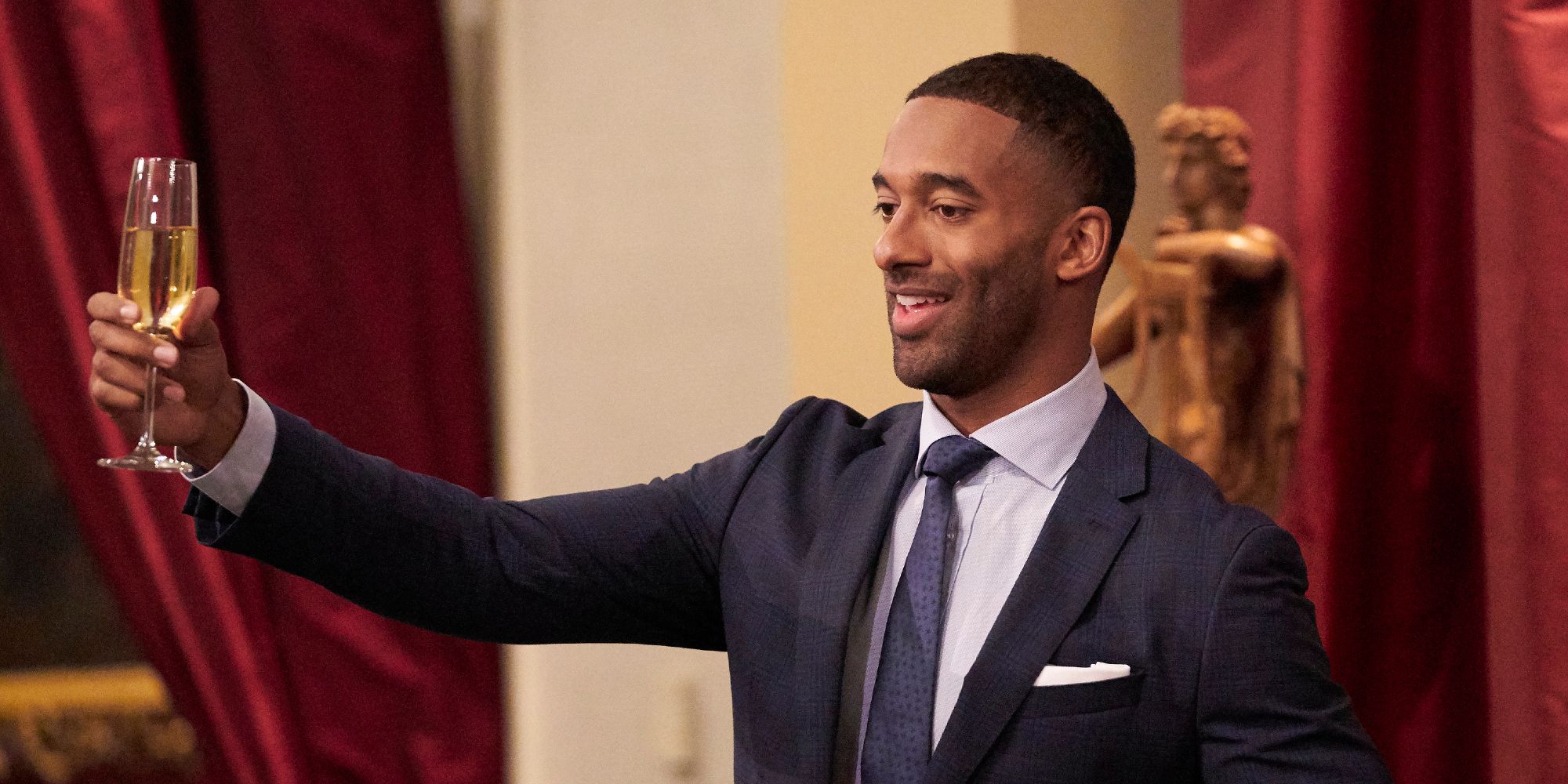 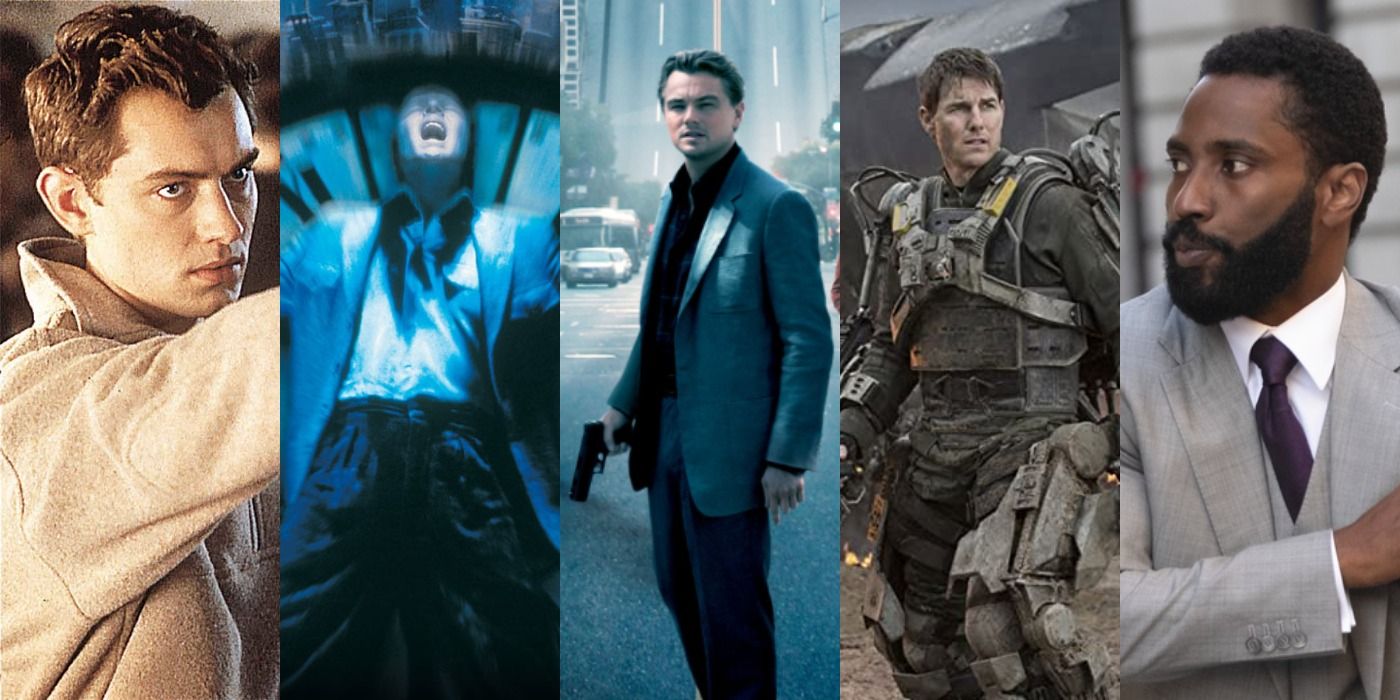 15 Movies To Watch If You Love Christopher Nolan’s Inception