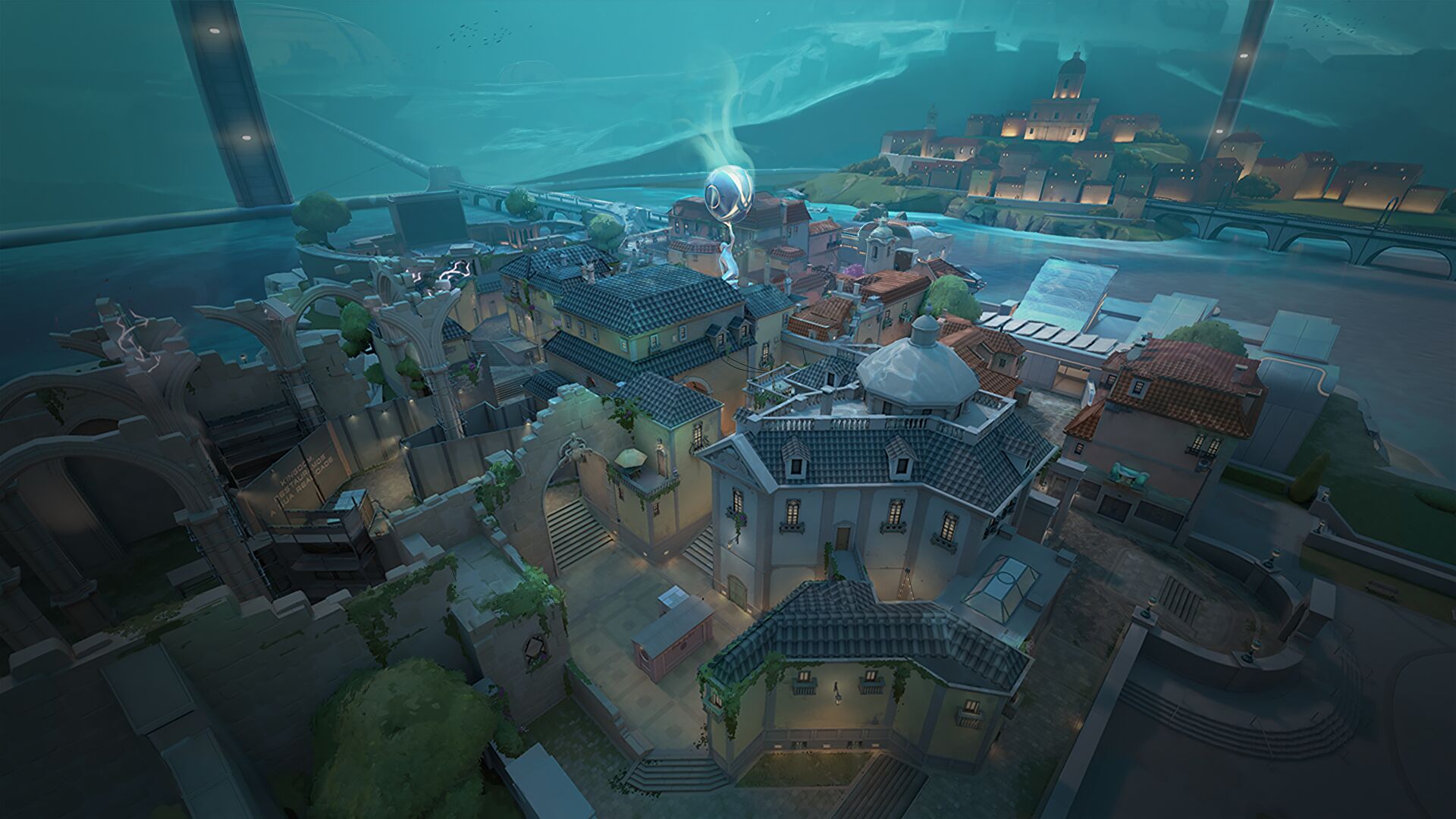 Tactical FPS games such as Valorant need good maps. They’re essential for producing the sort of engaging, balanced, and competitive gameplay that gives birth to a consistent player base at launch and then makes viable esports competition further down the line.

Developer Riot Games has been especially under the microscope in this regard since Valorant’s release back in 2020, largely for two reasons: first, Valorant is destined to forever be compared to Counter-Strike, a game that more or less wrote the rulebook for tac-FPS map design and from which Valorant borrows a huge amount; second, Riot Game has been clear in its goal to create the world’s next big Esport from the jump, and so the pressure is on to feature maps that fit that bill.

The highly anticipated launch of a new map called Pearl this week is just the game’s eighth in total, and it actually replaces Split to keep the pool at just seven for the foreseeable future. Quality over quantity has been Riot’s ethos, it seems, and yet Valorant has undergone some criticism for the design of its maps so far. Much of that criticism has centered around the inclusion of various gimmicks, from Bind’s lack of mid to Fracture’s circular design and strange ziplines to Breeze’s comically large size.

For Pearl, though, Riot has somewhat gone back to basics, and over the past five or so days playing the map in early access, I’ve found it to be a refreshing change of pace that I think will be well-received by its player base.

Before we talk about design and map layout, though, let’s talk about Pearl’s aesthetic. If you’ve seen last week’s trailer or checked out various content creator streams or montages during early access, then you’ll be up to speed. For everyone else, Pearl takes place in a Portuguese city submerged under the ocean’s waves, protected by an enormous geo-dome. It’s rather bizarre but undeniably cool and expands on Valorant’s mysterious and interesting lore in clever ways. There’s even a new cinematic trailer to go along with it.

I love the look and vibe of Pearl in general, which is fun and fantastical in a way that feels appropriate for Valorant. But the real charm of Pearl is in the way that it plays.

The best tac-shooter maps of all time are, at their core, fundamentally simple in design. With Pearl, Riot Games has more or less followed this principle, as it features three main lanes leading toward two Spike Sites. There’s a small mid area, connected to the sites by two narrow links and, again, unlike previous maps, there are no teleporters, doors, or ziplines.

Generally, Pearl features a good mix of narrow and wide corridors that have both short and long sightlines. There are areas of the map where close-range engagements are aplenty, but equally, some that put the focus on aim duels. Crucially, and unlike many of Valorant’s maps, Pearl’s design affords attacking teams plenty of space to maneuver without falling into defender sightlines during the early round. This is somewhat unusual for Valorant; even on some of the game’s most attacking-sided maps, the defenders always have the advantage both in the speed with which they can peek important sightlines and rotate quickly between key areas of the map.

Split, the map which has now been removed from Valorant’s pool and replaced with Pearl, is not an example of an attack-friendly map but does serve as an interesting comparison to Pearl and an example of the sort of issues that plague Valorant map design. Funnily enough, the two maps have a similar feel in terms of aesthetics but couldn’t be more polar opposite with respect to gameplay.

In Split, attackers have plenty of space to move around, but only in totally irrelevant areas of the map. As soon as attackers move into contested areas such as A Main/Ramp, Mid, or B Garage, they’re under pressure and potentially beaten to the space by aggressive defending teams. The main choke points of the map are also narrow and favor the defenders, who are also able to quickly rotate between the two sites far quicker than the attackers.

Pearl, though, flips this around and puts attackers in charge. It is they who arrive at key sightlines such as mid-first, which –as I’ve discussed in my recent Pearl strategy guide— I think is likely to prove a key area of the map in competitive play. Elsewhere, on A site, the defenders have plenty of time to prepare for attackers but aren’t able to see much before they arrive due to the shape of the corridor that leads there. Meanwhile, over on B, there’s basically no choke point and attackers can 5-man rush onto site with ease and get an easy plant.

Another blight for defenders is the slow rotate time between the two sites, which I’m sure will mean lots of big retake skirmishes between teams. Of course, attackers also have the same slow rotate issue but only if they don’t have strong mid control, which is again why it’s likely to prove so important.

My only slight concern with Pearl’s layout is that pushing through mid as attacking teams does seem risky. You can be flanked easily, and you have to pass through secondary choke points which are very narrow. I wonder whether the meta is going to devolve into fast pushes toward one site or another, with just a single lurker mid, almost similar to what we see on Icebox? It’s hard to tell this early and with only my experience playing non-competitive games in early access.

What I can say is that Pearl feels fun to play. There’s something about it that’s exciting and seems to create all sorts of entertaining gameplay, from long-range duels to giant mid-clashes to stealthy lurk plays. I can see so many opportunities for clever utility usage, and I’m sure sentinels like Cypher and Killjoy can be meta at a time when Chamber is so popular.

Compared to Valorant’s last map, Fracture, which reminded me of old-school Counter-Strike maps that were purpose-built for esports, such as clan1_mill and CPL_fire, Pearl feels more accessible. There’s lots to learn and plenty of angles to be worried about, sure, but it’s fairly easy to understand in general. I think new players can jump into Pearl and have fun, and there’s equally a depth for hardcore veterans of the game to engage with on a strategic level.

Is Pearl Valorant’s best map so far? Probably not, but it’s been super entertaining to play so far and I’m happy to see the development team step away from trying to reinvent the wheel and return to a simpler design.

The Cycle: Frontier’s first season is here, but there won’t be a wipe

I watch speedrunning like my dad watches sports – Destructoid