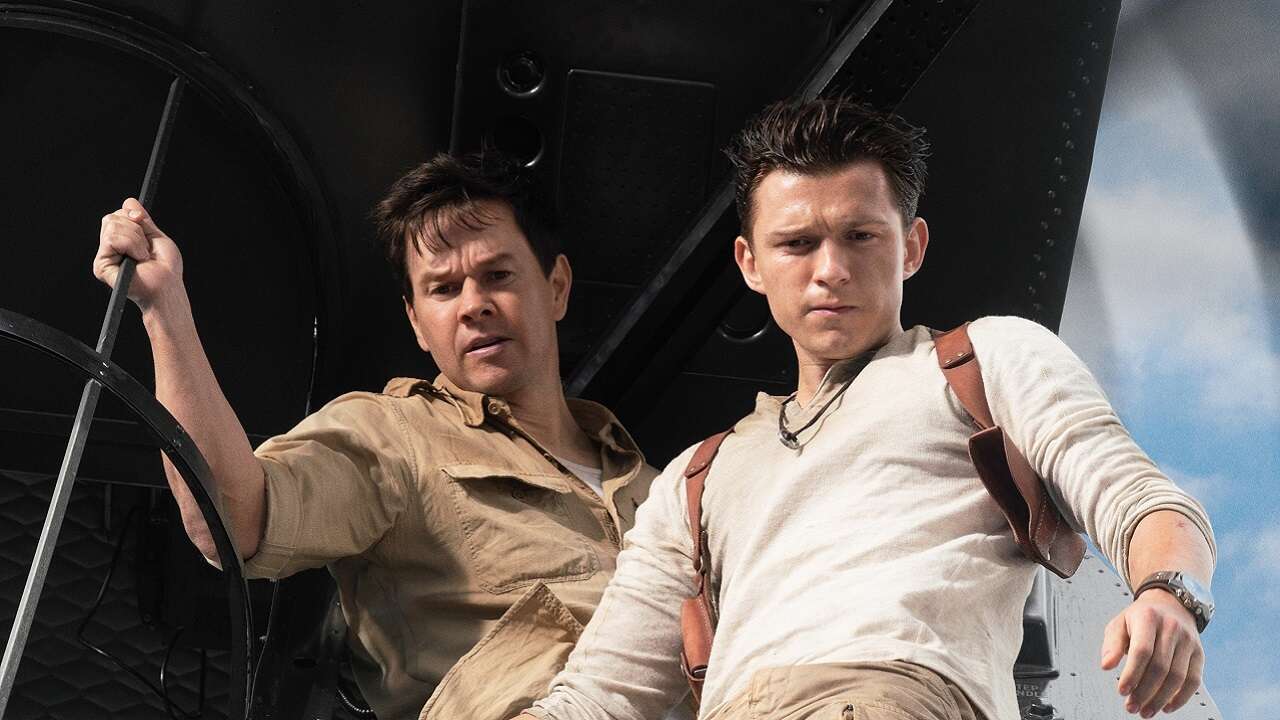 There’s probably not an easier game franchise to adapt into a movie than Uncharted. The games themselves mostly follow the formula of a summer blockbuster, and you can find fairly compelling videos on YouTube in which players have spliced together cutscenes to create something of a movie version of the games. As a film adaptation, Uncharted doesn’t really have far to go–but that also means it needs to bring something more to the experience that the games haven’t already covered. While the action scenes are exciting and the quips are fun, there’s not much to the movie version of Uncharted that sets it apart from similar blockbusters–or from the games themselves.

The gist of the Uncharted stories are all pretty much the same, and the movie borrows from the established formula: Charming adventurer Nathan Drake uses his encyclopedia-like knowledge of history to go after some long-lost treasure, racing some rich ne’er-do-wells who would use that treasure for various nefarious purposes. In the case of the film, that story also serves as Nate’s origin as a treasure hunter. In the Uncharted movie, we find a younger version of the character than the one seen in the games, played by Tom Holland (Spider-Man: No Way Home), as he’s first drawn into the globe-trotting treasure-hunt game by veteran antiquity scavenger Victor “Sully” Sullivan (Mark Wahlberg).

Both Nate and his brother, Sam (Rudy Pankow), are history-loving orphans descended from the famous explorer and privateer Sir Francis Drake. While we don’t get much of the backstory laid out during the games in the film, both are shown to be well-versed in history, and spent their childhoods dreaming of adventures and opportunities to strike it rich. When Sam is thrown out of the orphanage after one too many run-ins with the law, he promises he’ll return for the younger Nate sometime in the future. Years pass and after Nate’s rescue never comes, he winds up a blue-collar bartender who uses his charm and quick hands to lift valuables off the trust-funders populating New York, while carrying around some abandonment issues as well.

It’s here that Sully finds Nate and recruits him into the treasure hunt after previously working with Sam, who ghosted Sully and left him in the lurch. Nate and Sully pick up the trail where Sam left it, searching for a long-lost legendary cargo of gold carried by Ferdinand Magellan and his crew, one that may or may not exist. To find it, the pair not only have to solve the riddles and hundreds-year-old puzzles the crew scattered around the world to guard the booty, they have to contend with evil rich guy Moncada (Antonio Banderas) and his hired ass-kicker Braddock (Tati Gabrielle), who are also after the treasure and very much willing to shoot people in the head to get it.

This is a pretty standard setup for both an Uncharted story and a treasure hunt story–see also any Indiana Jones or National Treasure film, The Goonies, etc…–and it goes about how you’d expect. The big thrust here is that Uncharted is setting up what game fans will know is a lifelong friendship between Nate and Sully that takes them on all sorts of adventures together. Before that, though, the pair struggles with trust, each worrying that the other is one trick away from absconding with some vital piece of puzzle-solving history junk and escaping with millions in gold.

It’s a fun setup because it gives both Holland and Wahlberg an opportunity to seem a bit slimy while betraying the fact that, despite all the theft and double-crossing, they’re actually good people. The movie also lets its leads lean into quippy banter that’s funny and keeps the historical exposition dumps from bogging things down too much.

However, where Uncharted struggles is in failing to flesh out either Sully or Nate’s characters. Mostly, Nate is a nice and capable guy who gets himself into trouble, Sully is a person who likes money and, outside of their quick-witted digs on each other, that’s about all we get out of them as people. The Uncharted game franchise has endeared itself to a huge group of players on the strength of its characters and their relationships, but in the film, the two leads and their developing friendship are less compelling than the elaborate historical mystery they’re looking to uncover. The movie never quite sells what binds Nate and Sully together, which might be why the game series kind of skipped over telling this particular chunk of their story.

The same problem crops up with game series mainstay Chloe Frazer (Sophia Ali), another can’t-trust-anybody treasure hunter who winds up stuck working with Nate and Sully. The semi-romantic-yet-potentially-disastrous dynamic Nate and Chloe quickly fall into adds a fun dimension to the proceedings, but knowing some of the steps Nate and Chloe will go through in later stories, this feels more like a setup for later than an important part of the plot now. We already have a couple of characters who are grappling with the constant suspicion of double-cross, and Chloe’s presence mostly just stacks more of the same on top without adding depth to these conflicts.

Still, Uncharted manages to do well what the games are also known for–big set-piece action sequences and compelling treasure hunts. When Nate, Sully, and Chloe are out exploring tombs and figuring out riddles, the movie clips right along, and the same is true when the group is taking on the many hired killers working for Braddock, who is pitch-perfectly heartless throughout. It really helps that Holland has gotten good at believably taking a punch, and though he manages some ridiculously death-defying feats, just as in the video games, Nate gets walloped enough that the action sequences feel like they have stakes.

It all is pretty much exactly what you’d expect a film version of Uncharted to be like. If anything, that might be Uncharted’s trouble–it’s perhaps too similar to what fans have seen in five Nate-starring Uncharted games up to this point. An action scene involving a cargo plane opening its rear door mid-flight is ripped directly from Uncharted 3, and while it’s a fun set piece, it’s not nearly as cool as a later one original to the movie involving pirate ships, helicopters, and rusty swords. The same goes for the characterization of Nate and Sully in particular; the movie is showing the origin of their relationship, but without providing much clarity as to what endears them to one another. Knowing where their relationship is going undercuts how it gets there, and the movie just doesn’t do a lot to flesh them out or sell the fact that they’ll become life-long friends and partners.

All that said, Uncharted is a lot of fun a lot of the time. It might not do much that the games haven’t already, but fans will enjoy a new Uncharted tale that at least brings its own flashy, death-defying treasure hunt into the fold. For audiences who aren’t acclimated to the franchise, Uncharted serves as a good entry point that at least has some excellent moments, even if the characters don’t pop here quite as much as they do on your PlayStation. Uncharted is what you’d expect an Uncharted movie to be, for all the baggage that entails, but you’ll have fun on the journey even if it doesn’t hit as hard as some of Nate Drake’s other adventures.

‘Dungeons of Dreadrock’ Review – Nothing Grim About These Masterful Puzzles – TouchArcade

New Lightyear Trailer Whisks Buzz Off Into the Future