Turn Your Hunter Into A Lightning-Punch Machine In Destiny 2 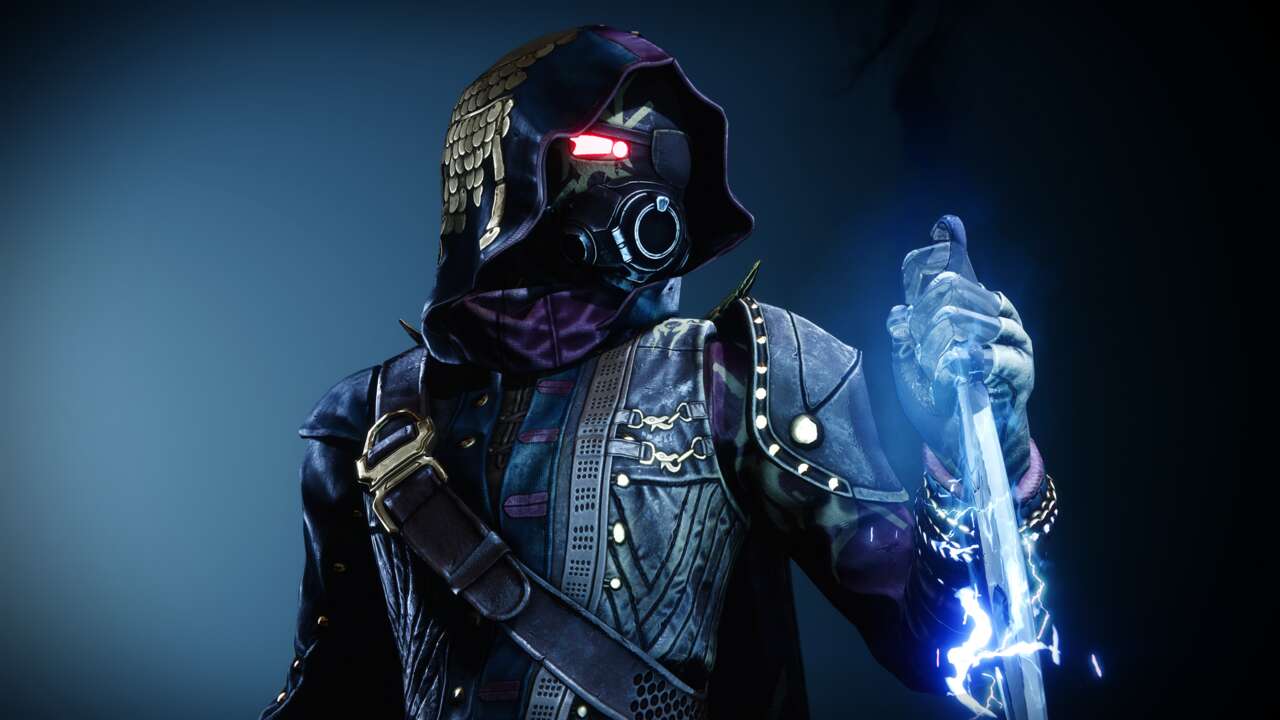 Hunters are typically mobile fighters in Destiny 2, agile death-dealers who can strike fast and dance out of danger with a well-timed dodge. With Arc 3.0 in play, not much has changed on that front and these Guardians are now more nimble than ever on the battlefield.

For the player looking to try a more daring approach, there’s a combination of skills and the right Exotic armor piece that’ll transform your Hunter into a close-range fighter, capable of doing devastating amounts of damage with just a few punches. Here’s how the build works.

The hard-hitting build for the Hunter revolves around Assassin’s Cowl, a Shadowkeep Exotic that will grant you invisibility if you can take out an enemy with an powered melee final blow or a finisher. As an added bonus, a portion of your health and shields will also be restored when you land that killing strike, plus finishers and final blows against more powerful opponents extend the duration of the invisibility and the amount of health and shields restored.

Generally, the window for invisibility works out to:

How to get Assassin’s Cowl

There are two ways to grab this Exotic helmet, with the first and mandatory route being completion of the Shadowkeep campaign as a Hunter. Once you’ve worked your way through that story, Eris Morn will reward you with the Exotic, and from that point on it’ll be added to the Exotic pool and you can farm for it during a Legend Lost Sector that offers helmets as a reward. As a reminder, Legend Lost Sectors are tough, require you to make use of several seasonal mods, and randomly dole out Exotic rewards depending on the difficulty level chosen. For a more comprehensive breakdown on these challenging locations, you can check out the guide for the Warlock Exotic helmet, Fallen Sunstar.

For this punch-happy build, the two Aspects you’ll want to equip are Lethal Current and Flow State. With Lethal Current, dodging will empower your punches with an increased lunge range, a Jolt and blind debuff that will be applied to enemies, and a damaging aftershock. You’ll also want to be Amplified with this build, which is where Flow State comes into play. Defeating a jolted target will apply the Amplification buff, which recharges your class ability more quickly and buffs your reload speed.

On the Fragments page, go ahead and equip these four items:

Since you’re essentially dodging around enemies, Resistance will add more resilience to your Hunter and Amplitude will help generate Orbs of Power on multikills, which can be picked up to charge your Super up quickly. Your powered-up melees will play a key role here. You can change up the Spark of Feedback and Recharge slots if you want as these are here to keep you alive for longer.

As for your Super, Gathering Storm is very hard to beat right now. It does an incredible amount of damage, essentially turns the battlefield into an electrical deathtrap, and can take out Champions with ease.

For your melee ability, go ahead and choose Combination Blow. This particular skill will stack melee damage up to three times each time you defeat an enemy, and also gain increased power with each stack. On top of that, each successful kill with Combination Blow will fully recharge your class ability and restore a small amount of health. Combined with Gambler’s Dodge, which fully recharges your melee ability when you dodge near enemies, and these two skills feed into each other nicely.

Since you’re going to be closing the gap so often, you’re going to want to pack a powerful shotgun with this build. Legendary-class shotguns can help massively here, especially if they have the One-Two Punch perk, which increases your melee damage if you land every pellet in a shot on a foe. At close-range, that’s very easy to do. You’ll want to farm Dares of Eternity for the Wastelander M5, a great shotgun with a tight pellet spread and that often has the One-Two punch perk in its stat roll. Other shotguns might have that perk, but they’re hard to come by.

For your other weapons, feel free to use whatever you want. Season of Plunder weapons with the Right Hook perk are great for that extra touch of melee power and there are a great number of Arc-energy Exotics available now. For Legend Lost Sectors, Thunderlord is great for its various special perks and an intrinsic anti-Overload Champion ability that can cut those foes down to size with bullets and lightning.

While this build can function just fine without any seasonal or existing mods, having a few of those items in your armor will only help you in the long run. On your chest armor, Melee-Damage Resistance and Thermoshock Plating will add to your survivability, but feel free to mix these defensive options up the activity you’re doing and the associated Burn effect that’s in play for the week. While your dodge and melee attack recharge rates are dependent on each other, you can have some extra insurance with Melee Wellmaker to spawn elemental wells.

On your gauntlets, Well of Ions will further increase your melee damage when you pick up an Arc elemental well after you’ve punched some lightning into an enemy and defeated them. On your Assassin’s Cowl Exotic helmet, throw in two Hands-On mods so that you gain your Super energy quickly from all those melee hits that you’ll be landing. Well of Ions can also be slotted in here, in case you need room on your gauntlets for other mods.

For your leg armor, Elemental Charge will activate the Charged With Light buff whenever you pick up an Arc elemental well. You’ll gain two stacks per elemental well, and you can use that buff in conjunction with Striking Light on your Hunter cloak class item. This will add more damage resistance while using your melee and will spawn an orb of power for your teammates, for those team-based activities. Alternatively, the seasonal mods Surge Detonators and Bad Amplitude will come in handy for high-level PvP content. Surge Detonators can help melt a Champion and Bad Amplitude can be used to apply a Jolt effect to enemies after you hit them with a powered melee strike or grenade.

Toss in Resilience mods that’ll bring you up to 100, and you’ll have a 40% damage reduction to fall back on for those rare occasions when enemies fight back against your lightning-punches.

Punch. Dodge. Punch. Dodge. That’s the basic gist of this build, as you’ll be annihilating cannon fodder enemies, turning them into electrical discharge bombs, and escaping from them using your invisibility Powers. With the combination above, you can quickly clear the room of trash mobs, stack the Combination Blow ability, and go to town on tougher bosses. Hit them with a shotgun blast first, start throwing fist-bombs, and watch their health bar melt away.

With the right mods, you’re also going to be harder to kill, you’ll be regenerating health with each defeated enemy, and you’ll build up Super energy quickly, allowing you to deliver a coup de grace with your Gathering Storm ultimate ability.