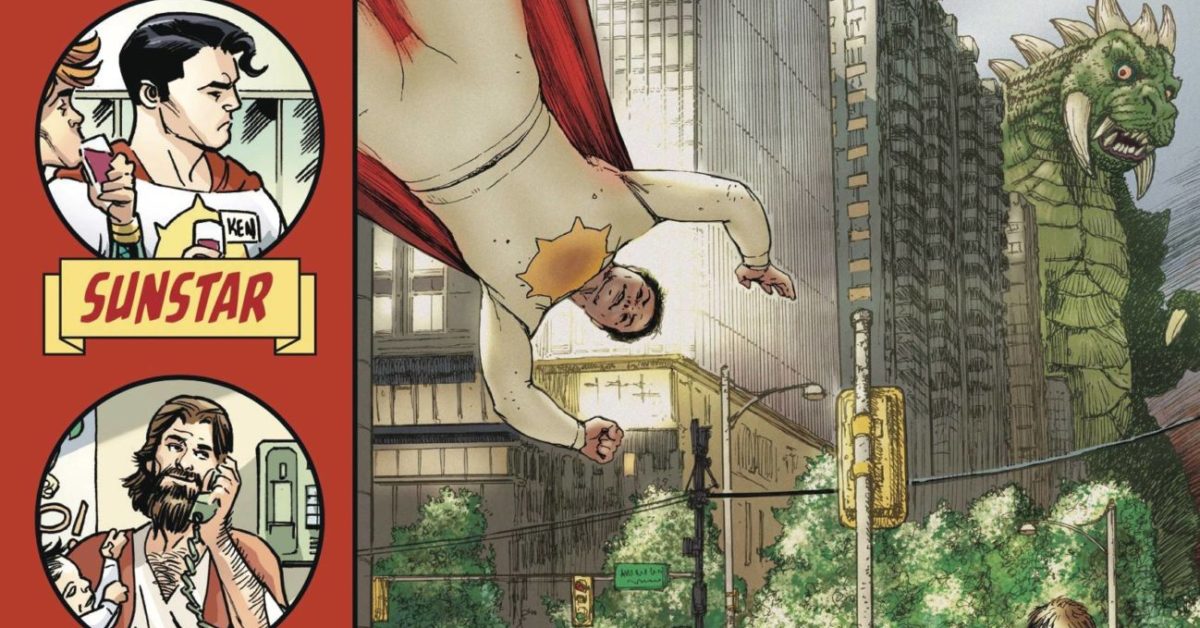 Mark Russell doesn’t write every comic book at Ahoy Comics. But sometimes it does feel like it. In Ahoy Comics’ April 2023 solicits, that includes launching the third volume of Second Comics, about the superhero roommate of Jesus, drawn by Leonard Kirk and Richard Pace. Then there’s the sixth issue of Billionaire Island: Cult Of Dogs drawn by Steve Pugh. And then there’s a collection of My Bad by Mark Russell, Bryce Ingman and Peter Krause. If it weren’t for The Gimmick #2 by Joanne Starer and Elena GoGou, it would have been a clean sweep.

AHOY COMICS
FEB231079
FEB231080 – SECOND COMING TRINITY #1 (OF 6) CVR B UNLOCKABLE CHAYKIN (MR – 4.99
(W) Mark Russell (A) Leonard Kirk (A / CA) Richard Pace
Back again: The book that turned the comics industry upside-down with “quite a bit of humor…[and] a lot of heart” (The New York Times). Jesus Christ, the Son of God, tackles his biggest challenge in 2000 years: babysitting a child with super powers! Meanwhile, his roommate-the superhero called Sunstar-faces his greatest enemy, and his own guilt, in a court of law. Written and co-created by 2022 Eisner winner Mark Russell with art by co-creator Richard Pace and Leonard Kirk.
In Shops: Apr 05, 2023
SRP: 4.99

AHOY COMICS
FEB231083
(W) Mark Russell (A / CA) Steve Pugh
“The essential satire of 2022” (ScreenRant) thunders to a shocking climax! In the wreckage of Billionaire Island, reporter Shelly Bly finds herself tempted by the Cult of Business Dog. By the award-winning Flintstones creative team of Mark Russell and Steve Pugh.
In Shops: Apr 19, 2023
SRP: 4.99 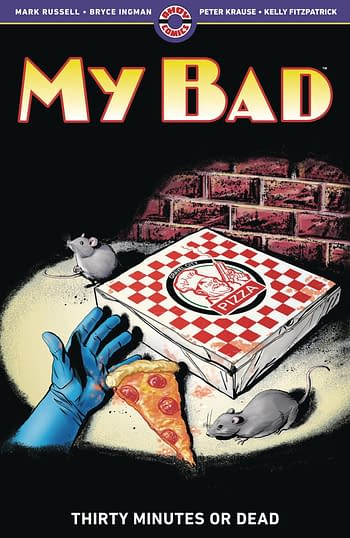 AHOY COMICS
FEB231084
(W) Mark Russell, Bryce Ingman (A / CA) Peter Krause
Someone in Gravel City is killing caped heroes-or would be, if they were better at it. Can they draw the arrogant, self-deluding crime-fighter The Chandelier out of retirement? My Bad Volume 2: Thirty Minutes or Dead features an outrageous array of heroes and villains tripping over themselves, accidentally scarring their enemies for life, and going on hideously embarrassing dates. Featuring Dr. Do-Over, Steel Integrity, Good Karen, Monkeyman, and everyone’s favorite homicidal rascal: Acid Chimp!
In Shops: May 31, 2023
SRP: 17.99