Trek to Yomi Is a Love Letter to Samurai Cinema – GameSpew 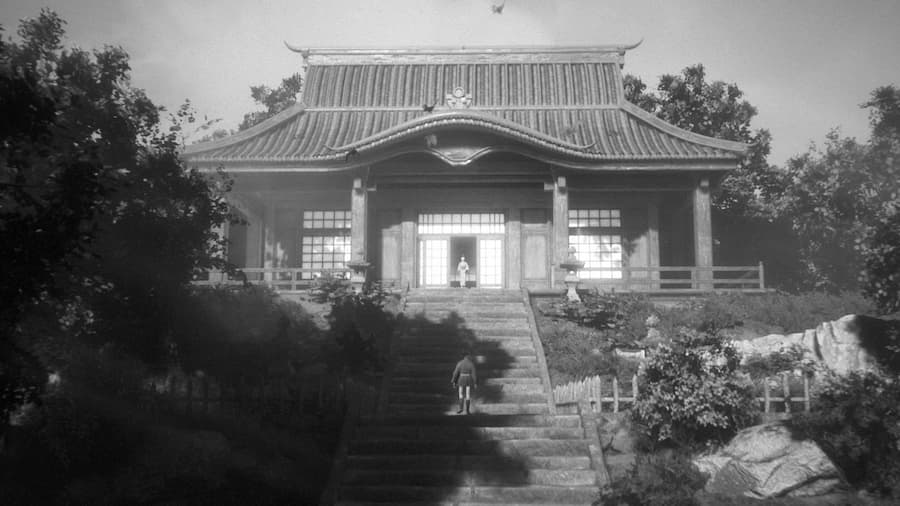 Set to release on PC and consoles soon, if you’re a fan of classic samurai cinema, you’re going to want to play Trek to Yomi.

Working together, Leonard Menchiari and Flying Wild Hog have teamed up to deliver a cinematic action game that simply oozes style with Trek to Yomi. Presented in black and white, you feel like you’re watching a classic samurai movie from the get-go. And that cinematic flair continues with the use of fixed camera angles to frame the action. It really is a visual treat.

Going hands-on with a small portion of the game, it’s the way that the world around you feels so alive that’s impressed us the most about Trek to Yomi, however. Starting its story in the role of a young boy named Hiroki, your interest is piqued when your master is called away on urgent business. It’s when you follow, along with his daughter Aiko, that you discover that your village is being attacked by bandits. And so you decide to do all you can to help; while you may be young, you know how to wield a sword.

We’ve seen numerous trailers for Trek to Yomi since it was announced, but nothing prepared us for that it would actually play like. And that’s a good thing. While fights play out on a locked 2D plane, during the moments in between you have full 3D movement, allowing you to explore each environment to your heart’s content. It’s worth doing so, too, as by going off the beaten path you might discover collectibles, or valuable upgrades to your health, stamina or kunai carrying capacity.

There’s also a feel-good factor involved. With the action taking place in such a turbulent time, you’ll encounter many innocent villagers in danger. Whether you help them or not or is to you, but if you do step in and make them safe, they might give you a gift to show their appreciation. Though simply seeing them run off happy is often reward enough.

Being an action game where you play as a samurai, combat obviously plays a large role in Trek to Yomi. With multiple difficulty settings to choose from, we played through the preview on Bushido, which offers a balance between story and action, and found it pretty breezy for the most part. That was mostly because the bandits we found ourselves up against generally died after a couple of swift light slashes delivered after a parry. It was only when facing off against more formidable opponents that things became remotely challenging.

Like most samurai games, in Trek to Yomi it pays to play in a defensive manner. Wait for your opponent to strike, parry, then deliver some hits while they’re thrown off-balance, and you’ll get far. Some deliver attacks that are more tricky react to, however, or recover from being put off-balance more quickly than others, so you do need to switch up your tactics from time to time. That might mean not being as greedy when dealing out your retribution, or varying your attacks to counter theirs.

A thrust attack can often hit from just outside an enemy’s reach, for example, while a light attack can beat a heavy attack if performed quickly enough. Combos are your bread and butter though, and you’ll seemingly unlock more as you play. You can even perform flashy finishers on enemies that are still standing yet close to death. And for those times where you want a bit of an advantage and are at range, you can throw a limited amount of kunai to inflict wounds from a safe distance.

When you get into a good, challenging fight, Trek to Yomi’s combat can be exhilarating. It’s just a shame that the fights in between can grow a bit tiresome. Parry, slash, dead. Parry, slash, dead. You might do that ten times or so until you encounter an enemy that really puts up a challenge. Although you could raise the difficulty to alleviate the issue. What’s perhaps more bothersome is that the combat just doesn’t quite flow as well as it could. Performing a counter after a parry, for example, feels a bit clunky.

Still, it’s a good sign when previewing a game that you wish there was more. We spent our time with Trek to Yomi captivated from beginning to end, drawn into its world on the cusp of calamity, hoping to make a difference. With its masterful cinematography, believable atmosphere and decisive combat, we think Trek to Yomi is going to be quite a treat when it launches, delivering the authentic interactive samurai movie experience many have been craving.

Trek to Yomi launches this spring on PS4, PS5, Xbox One, Xbox Series X/S and PC.