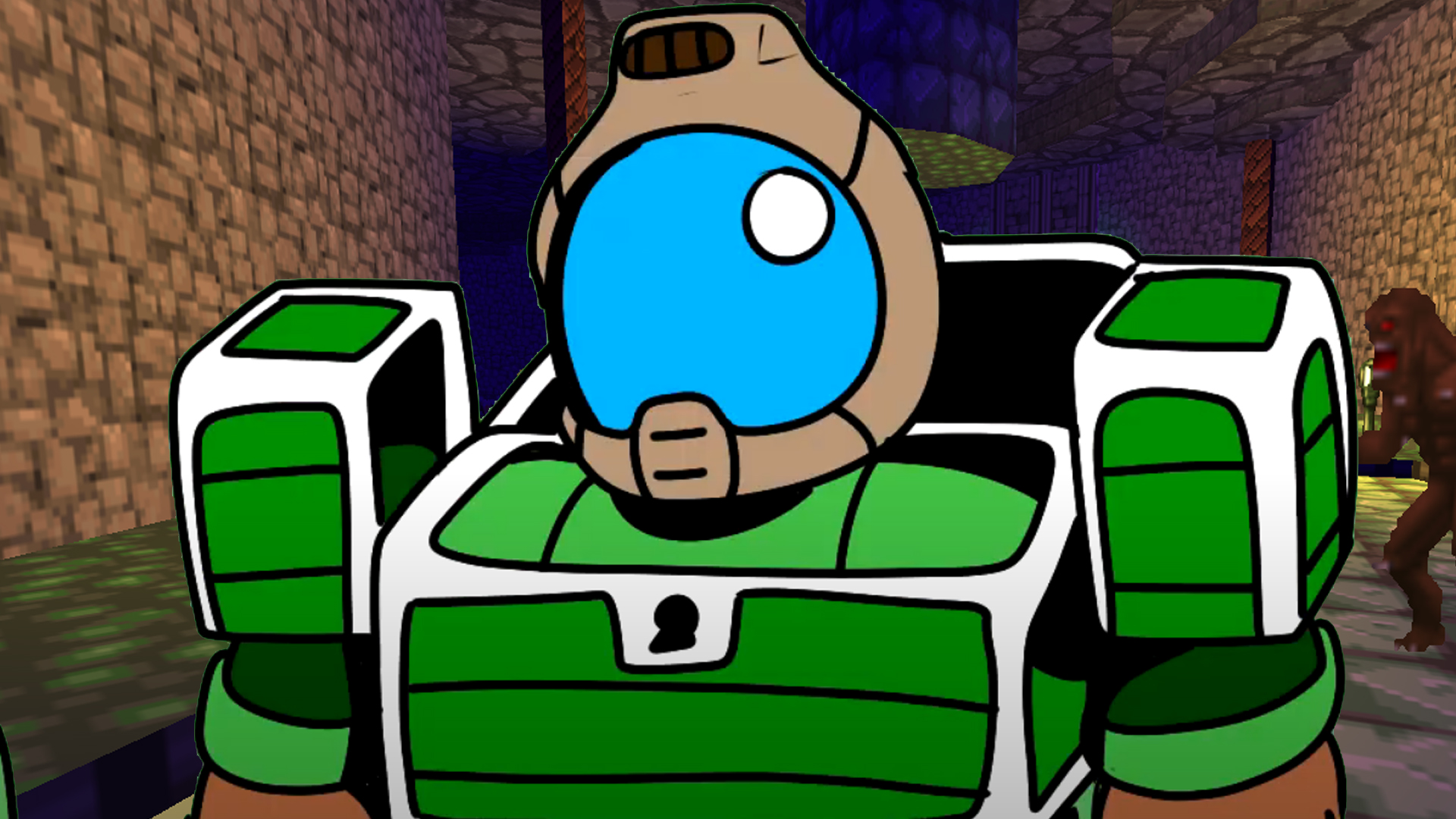 Upcoming Doom mod Treasure Tech Land is basically Nintendo’s Wario Land series as an FPS game – complete with cartoonish colours, treasure hunting, a butt-stomp, and a ridiculously powerful shove ability. Yes, it’s basically Wario versus Hell, and you can play a demo of it now.

While there are many fantastic Doom mods out there, the ones that leave the biggest impression are the creations that totally change the classic game in unexpected ways – such as turning Doom into Ninja Gaiden, Silent Hill, or Golden Axe.

Treasure Tech Land from modder Ultra 64 is a Doom conversion “inspired by the Wario Land franchise.” You can try out the original version of the mod here but the final version is looking smoother and more ridiculous – with weapons so powerful they throw both demons and player backward, like the Noisy Cricket in Men in Black. Treasures can be spent in a new upgrade shop to make your abilities more devastating.

As for those abilities, they include the very Wario-like ground pound, shoulder charge, and even being able to pick up monsters and throw them at other monsters – and these aren’t custom monsters either, they’re just Doom’s regular enemies, which are the only things left unchanged in the mod – and that somehow makes it funnier, although they will be changed in the final release.

You can check it out in action below with the highly-appropriate Outrun 2 soundtrack.

Treasure Tech Land is planned to have around 20 original stages and Ultra 64 says they aim to release it “around the end of the year” – after which they will move on to a commercial sequel, which sounds great to us.

Elsewhere in Doom news, you can now play an expanded version of Doom 64 in the story style of Doom Eternal, and the lost Doom RPG has been recreated and remastered by fans.