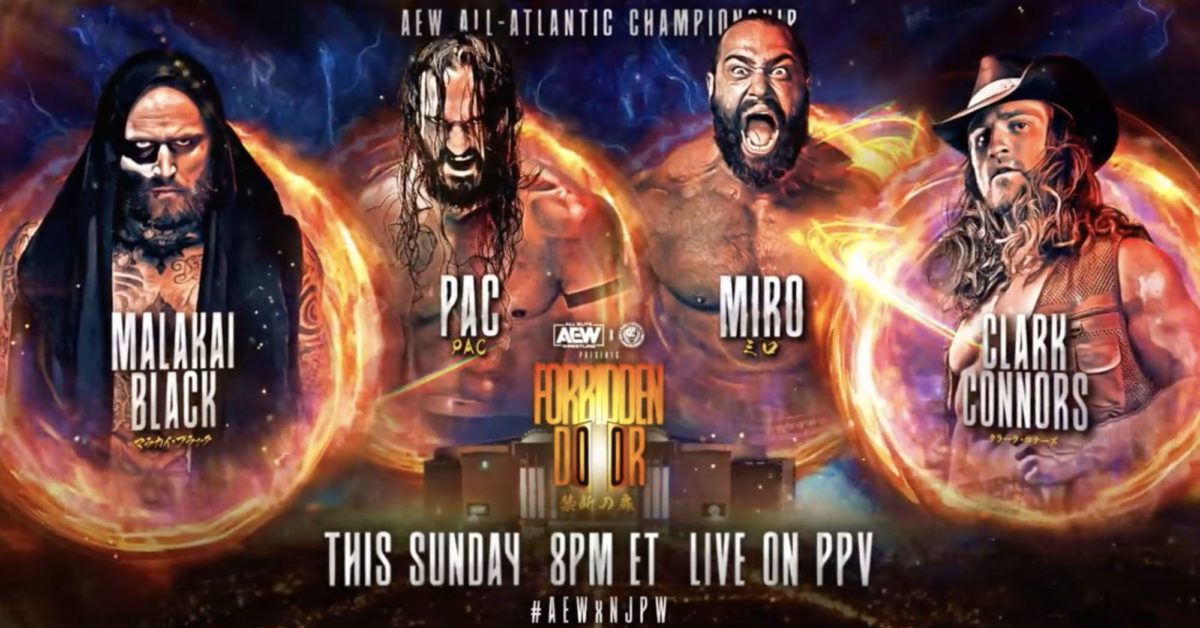 Just as things were starting to settle down, another injury has prompted changes to the upcoming AEW x NJPW Forbidden Door PPV. Tomohiro Ishii, who was scheduled to take part in a four-way match to crown the first All-Atlantic Champion at the show, has been injured, according to a statement by NJPW. As a result, Clark Connors will step in to take Ishii’s place in the match, which also includes Miro, Pac, and Malakai Black.

The statement from NJPW reads as follows:

Tomohiro Ishii, who was scheduled to compete on June 26 at AEWxNJPW Presents Forbidden Door, has sustained a left knee injury and is not medically cleared to compete.

We apologise to fans who were looking forward to seeing Ishii wrestle and appreciate your understanding.

After a hard fought qualifying match in Korakuen Hall on June 21, Clark Connors will take Ishii’s place in the All-Atlantic Championship four way at Forbidden Door. The card change is as follows

With that change, Bleeding Cool will need to update its boilerplate Forbidden Door card text for copying and pasting in the bottom of our AEW articles for the rest of the week. The new card stands as follows:

In non-title action at Forbidden Door, Zack Sabre Jr. will take on a mystery opponent of Bryan Danielson’s choosing, who will be someone making their AEW debut. Chris Jericho will team with Minoru Suzuki and Sammy Guevara to take on Eddie Kingston, Wheeler Yuta, and Shota Umino. The Young Bucks have rejoined Bullet Club for one night only to team with El Phantasmo, and Hikuleo to face Darby Allin, Sting, Shingo Takagi, and Hiromu Takahashi, going by Dudes with Attitude. There will also be another match announced on AEW Rampage on Friday. And on the Buy-In preshow, Max Caster and the Gunn Club will face The DKC, Kevin Knight, Alex Coughlin, and Yuya Uemura.

Forbidden Door will take place on Sunday, June 26th at the United Center in Chicago and will stream on Bleacher Report (allegedly — if you can log in), Fite TV, and NJPW World, as well as on traditional PPV services.