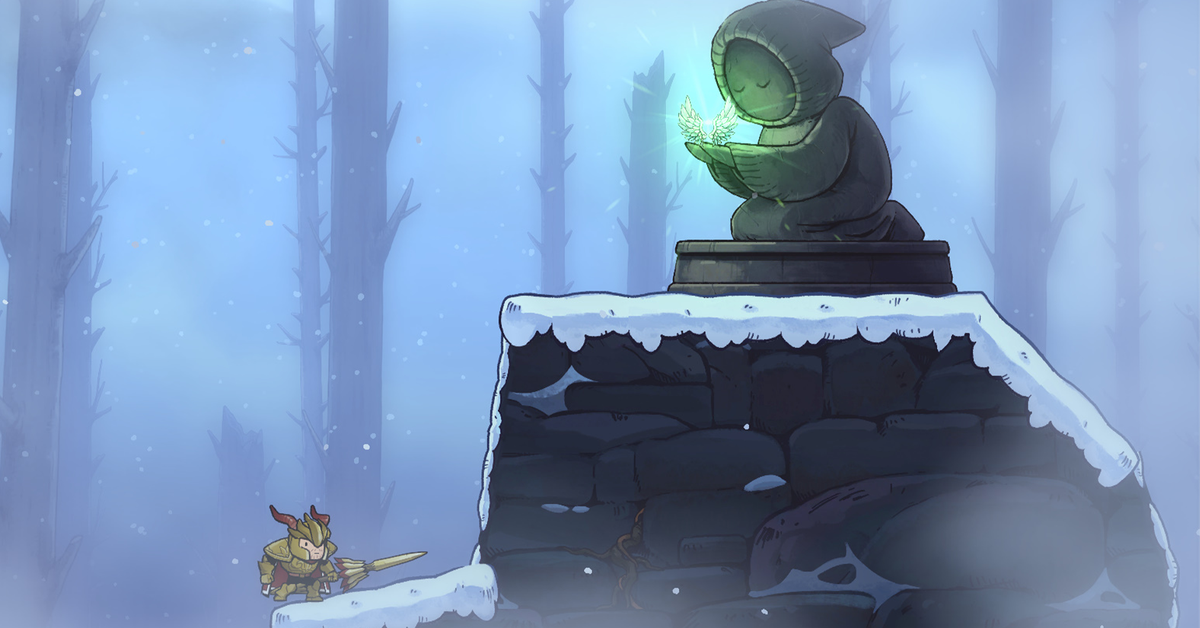 In Rogue Legacy 2, you, your heirs, and your heirs’ heirs are all given the opportunity to die by the hands of monsters in a quest for gold and glory — as nature always intended. Now that the roguelite is moving out of early access, we have a few new (and updated) tips to set you on your way. Onward to death(s)!

To save or spend?

After your first run, each new run begins with handing over whatever gold you have left over after upgrades to Charon as he ferries you back to the castle. After hitting level 12 you can unlock The Living Safe that allows you to stash away 10% of your leftovers before you hop back into Charon’s boat. This may lessen the sting of his price a bit — but 90% of that sting is still there!

Try to use as much gold as possible on castle, weapon, or rune upgrades first before paying off Big C — even if that means making a lesser upgrade before the one you really want. You’ll probably have a more successful run in the future, and most of your gold is going to go bye-bye anyway, so you may as well get the most bang for your buck. And remember that Charon is happy to accept zero gold if that’s all you have.

Very early in Rogue Legacy 2, your primary focus should just be snagging as much gold as you can in your first few unforgiving runs. You’ll start to unlock new perks as you build your castle, but for now keep your focus on upgrading your health and unlocking new classes as soon as you can.

You may find another class that is a far better fit for you than the starting Knight, and having a larger health bar will buy you some time to experiment with your character’s abilities. Try out classes with more range like the Ranger or versatility in attack direction like the Valkyrie. You might be shocked by how much you enjoy playing as a lowly Cook and his surprisingly useful frying pan.

After that, take a look at unlocking the various NPCs that you can interact with on the dock, like the Blacksmith and Enchantress. Once those characters are available, you’ll need to start paying attention to other attributes — like equipment and rune weights or your level of resolve — but there’s no need to worry about them early on when they won’t even apply to your runs. Speaking of…

Learn to use the Architect

One of the characters you’ll unlock as you expand your castle is the Architect, an older gentleman who’ll join you on the dock. The Architect has the ability to lock the dungeon rooms in place as you last encountered them … for a price.

This can be extremely useful, especially if you’ve discovered a boss or a challenge and want to take a run at with a fresh character. If you only made it to an Estuary with your last sliver of life left, have the Architect lock the world into place and then transport directly to your goal instead of starting over from scratch. Just don’t expect to hold onto too much gold if you need to use him more than once or twice in a row. His prices won’t stay reasonable for long.

Keep an eye out for secrets

As challenging as some rooms may seem, it’s good to be as thorough as you can. Once you’ve cleared out a space, take a few extra seconds to double check for any cracks in walls.

If you come across these areas, use Magic to blast your way in and claim your treasure! While not super common, it’s a nice reward for taking a moment to look for details. You’ll usually be caught up with larger goals, but five extra seconds in a room might net you a few hundred extra gold!

All that glitters is not gold

When choosing your heir, you’ll be faced with a variety of randomly generated options — their class, spells, talents, and any other randomized heirlooms that will come along with them. That may also include traits that can handicap your run with the tradeoff of a higher percentage of gold collected.

Stick with the 25-50% bonuses. Usually these traits won’t be terribly annoying and can even be downright funny. Once you start seeing 100-200% percent bonuses, though, you’ll be wasting a run unless you’re at the absolute top of your game.

That being said, sometimes the laughs that Rogue Legacy 2 provides are worth it, and you just need to see what your Myopic, Colorblind, one-hit-kill Mage is really capable of!

There are two challenges that you’ll come across early in the game — the chance to gain either Ananke’s Shawl or Aesop’s Tome — and you should definitely try to conquer these as soon as you can.

The Shawl is particularly useful, as it allows you to use your dash maneuver in the air as well as on the ground, giving you more options in battle, as well as opening up parts of rooms that might otherwise be inaccessible.

The Tome allows you to access tips from the glowing blue orbs and other helpful spirits you see scattered around the world. But, to be totally honest, there don’t seem to be many “puzzles” early on that are so confounding that you won’t be able to crack them on your own.

Bonus Tip: Smash everything!! (Except the things you shouldn’t!)

Almost everything — chairs, tables, books, lanterns, chairs, candles, and (obviously) enemies — is smashable in Rogue Legacy 2, and there’s a good chance it’ll give you a coin or two when you destroy it. But don’t smash all the lanterns in a room that appears to only have lanterns or crates. At least not until after you take a look as to what they might be making accessible to you when you jump on top of them.

Everything New Coming in The Sims 4 High School Years Pack

How to Get Lost Ark Prime Gaming Loot for June 2022