Timothée Chalamet Talks Going From Bones and All to Wonka 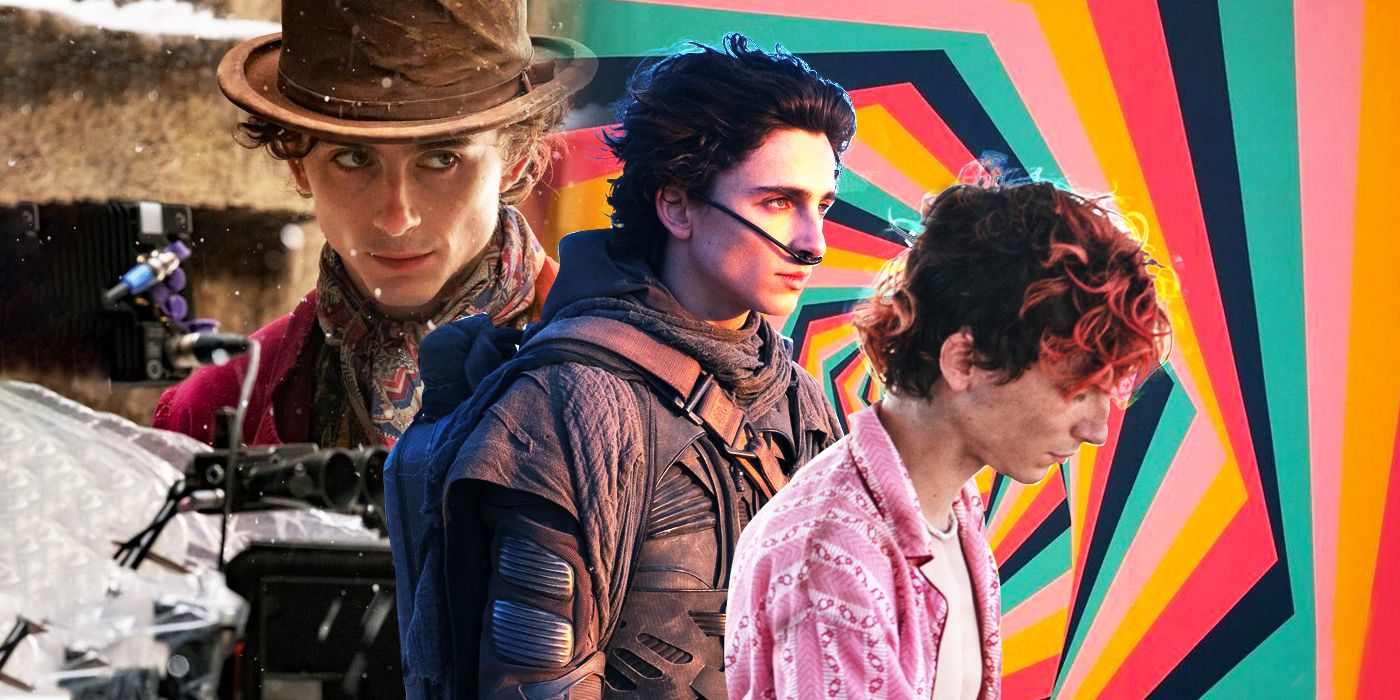 Timothée Chalamet has a career trajectory that’s very hard to rival. The actor has been a part of several Academy-award nominated movies like Luca Guadagnino‘s coming-of-age film Call Me by Your Name, Denis Villeneuve‘s science fiction epic Dune, and Adam McKay’s Don’t Look Up to name a few. So, no doubt the past year has kept him very busy shooting and promoting features like Dune: Part 2, the upcoming cannibal romance Bones and All, and Paul King’s highly anticipated Wonka. In a new interview with Variety, the actor spoke about navigating so many different characters.

In Dune 2, he plays Paul Atreides, the ducal heir of House Atreides now stuck on the desert planet Arrakis with his mother. The actor is currently promoting his second feature with Guadagnino, Bones and All, where he plays one half of the cannibalistic lovers, Maren and Lee, who embark upon a road trip across America. And soon he’ll be seen in Wonka, which will present the origin story of its titular sugary chocolatier.

Chalamet reveals that he started to prep for the movie right after finishing work on Wes Anderson‘s comedy French Dispatch.Speaking on getting to play so many characters in wildly different circumstances, Chalamet said:

“I was immediately doing the vocal and dance training at Leavesden which was wonderful, because I went from playing a disenfranchised cannibal on the outskirts of American society in the ’80s to a gifted young chocolatier and now a space prophet.”

RELATED: ‘Bones and All’ Cast and Character Guide: Who’s Who in the Luca Guadagnino Movie

Now it’s Chalamet’s turn to give his own spin on the role, and he’ll be doing it by performing seven musical numbers in the upcoming feature, something we haven’t seen him do yet. He revealed, “that was something I was very excited to jump into right away.” Further, disclosing that King had “built a literal dance studio in one of the lots at Leavesden in London at Warner Bros.” The actor previously revealed that performing musical numbers for Wonka has provided him an “escape” as an artist, and after playing a gritty cannibal in Bones and All, we can imagine why!

Chalamet will be next seen in Bones and All premiering November 18 while Wonka is set for a release date of December 15, 2023.