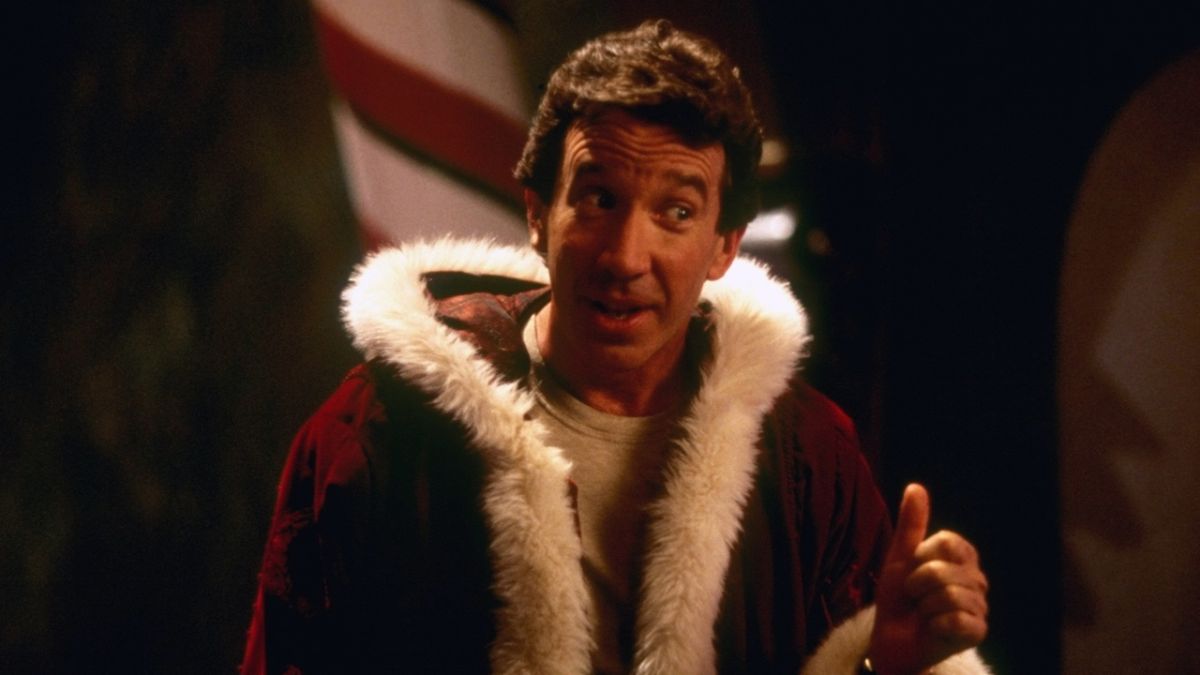 Tim Allen is famous for a number of roles, from his time as Mike Baxter on Last Man Standing to voicing Buzz Lightyear in the Toy Story movies (and even making a kid cry once doing this). But when the holiday season rolls around each year, Allen receives renewed attention for playing Scott Calvin, a.k.a. Santa Claus, in the Santa Clause movies. 2022 is a special occasion on this front though, as Allen is reprising Santa for The Santa Clauses, a limited series you can stream with a Disney+ subscription. As such, lately Allen has been looking back at his earlier Santa Clause outings, and it turns out there’s a plot hole from the first movie that’s always bothered him.

As part of The Santa Clauses promotional circuit, Tim Allen stopped by The Tonight Show Starring Jimmy Fallon to chat with the title host about his latest project. But while looking back on 1994’s The Santa Clause, Allen noted how following Scott Calvin unexpectedly taking over as Santa Claus on that fateful Christmas night, it’s unusual that no one really acknowledges what happened to the previous Santa Claus. Allen explained:

For those who haven’t watched The Santa Clause in a while, Scott Calvin startled the previous Santa Claus after he and his son Charlie heard the jolly man in red on their roof, resulting in him falling off the house. Minutes later, the previous Santa’s body disappeared, and with some convincing from Charlie, Scott agreed to deliver the rest of the toys to the world’s children, setting him on the path to becoming the new Santa Claus. Tim Allen has a point, though: not only are the elves surprisingly cool with Scott coming to the North Pole rather than the previous Santa, but since it’s mandated in The Santa Clause 2 that Santa must have a Mrs. Claus by his side, what happened to the other guy’s wife? Sure, all this could be dismissed with the convenience of Christmas magic, but it does poke a few holes, as Allen put it.

Warning: MINOR SPOILERS for The Santa Clauses are ahead!

Like Tim Allen said though, The Santa Clauses works to address some, if not all of these plot holes. In this case, it’s revealed in the show that the previous Santa Claus didn’t die from his fall, but was returned to his original civilian life. It’s also indicated that the fall itself wasn’t an accident, but something predestined to happen. So that would explain why the elves weren’t surprised by a new Santa showing up, and once the previous Santa went back to his old life, perhaps Mrs. Claus did the same. In Scott Calvin’s case in The Santa Clauses, he’s decided retire the more conventional way and must specifically select his successor, and it’s looking like Kat Penn’s Simon Choksi could be just the man for the job.

The Santa Clauses is three episodes in, and so far it’s been enjoying better critical reception than 2006’s The Santa Clause 3: The Escape Clause earned, though there are plenty of thoughts to ponder while watching these opening episodes. The show’s remaining episodes drop every Wednesday until December 14, and the Santa Clause movies are also available to watch on Disney+.

Why the new ‘Mission Impossible’ film is called ‘Dead Reckoning’