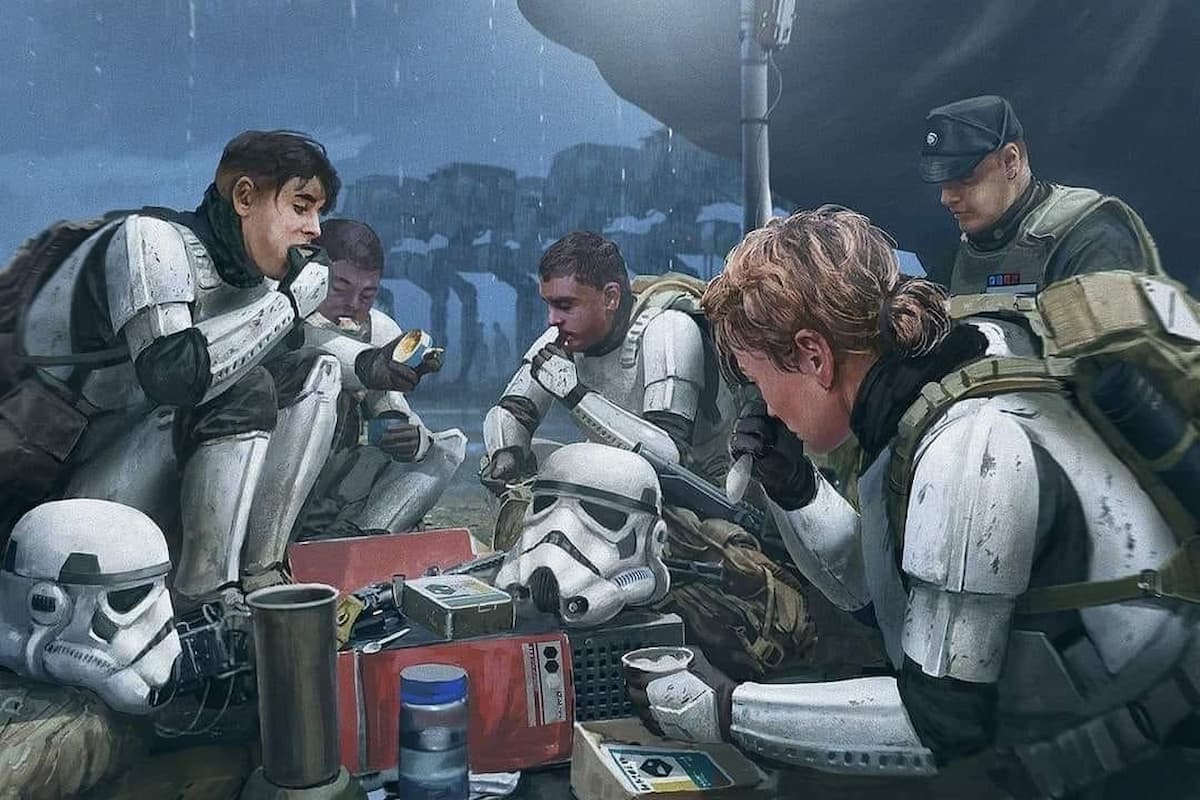 Check out these incredible pieces of Star Wars artwork. Seriously, it’ll make you want to join the dark side… as a Stormtrooper!

The Star Wars universe is vast and epic, but with the series’ forty-plus-year focus on the nine-film Skywalker Saga, it’s only now that it feels like that galaxy far, far away is beginning to really stretch its creative muscle.

Indeed, not only is Disney in the process of fleshing out the narratives of peripheral characters like Boba Fett and The Mandalorian, but it’s also adding some welcome detail and nuance to beloved core Jedi like Obi-Wan Kenobi. Beyond that, the slate is bursting at the seams with promising TV and movie projects. In short: whether you like it or not, the Star Wars floodgates have truly been opened.

One faction that often gets the short end of the Lightsaber are the pesky Imperial Stormtroopers. For a start, their shooting capabilities are an absolute joke – to the point where a duo of Stormtroopers in The Mandalorian actually broke the fourth wall by cracking some self-deprecating gags about how poor their aim is.

In addition, it’s fair to say that Finn’s Stormtrooper-turned-good sub-plot was a bit of washout in the latest sequel trilogy. Really, Disney could’ve done a lot more with the concept, but I guess with hindsight everything is much clearer, right?

Long story short, the Stormtroopers in Star Wars are pretty two-dimensional foes who deserve a bit more respect. Speaking of which, after seeing these phenomenal pieces of artwork inspired by the Imperial Army, you’ll be wanting to turn to the dark side – but not to be the big bad villain, Darth Vader – oh no. Instead, you’ll want to enlist in the Imperial Army as a lowly Stormtrooper.

If you don’t believe us, go ahead and check out the amazing art below courtesy of concept artist and freelance illustrator, Edouard Groult:

As you can see in the images above, the life of a Stormtrooper sure looks pretty compelling, eh? Frankly, we’d love to see a sci-fi war movie centered on a ragtag band of Stormtroopers as they take on a nasty alien threat, but we’re probably in the minority there. Nevertheless, it sure is great seeing the Imperial Army in a bit more of a positive light for a change.

The Flash May Be In Jeopardy As Warner Bros. Debates Release Due Ezra Miller’s…

Damon Lindelof: Marvel Should Make Fewer Movies So “Each One Can Be A Bit More…