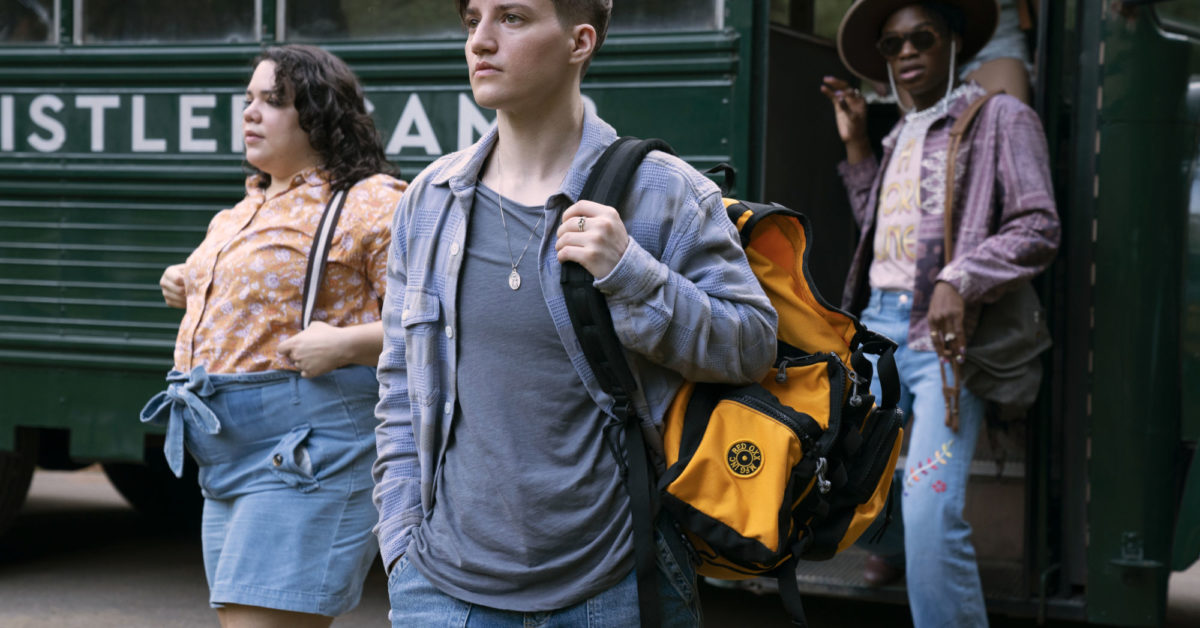 They/Them, pronounced “They slash Them,” is a new horror film coming to Peacock from writer/director John Logan and Blumhouse. It stars Kevin Bacon, Anna Chlumsky, Theo Germaine, Carrie Preston,  Quei Tann, Austin Crute, Monique Kim, Anna Lore, Cooper Koch, and Darwin del Fabro. It is set at an LGBTQIA+ conversion camp, where, in the first teaser trailer released today, Bacon’s camp director assures everyone is “A safe space for all.” That is not exactly true, though. A lot is going on in this one, and the first teaser for They/Them is down below.

“Kevin Bacon plays Owen Whistler in this slasher horror film set at an LGBTQIA+ conversion camp. Several queer and trans campers join Whistler for a week of programming intended to “help them find a new sense of freedom”. As the camp’s methods become increasingly more psychologically unsettling, the campers must work together to protect themselves. When a mysterious killer starts claiming victims, things get even more dangerous.”

“They/Them has been germinating within me my whole life. I’ve loved horror movies as long as I can remember, I think because monsters represent ‘the other’ and as a gay kid, I felt a powerful sense of kinship with those characters who were different, outlawed, or forbidden,” said the writer and director, John Logan. “I wanted to make a movie that celebrates queerness, with characters that I never saw when I was growing up. When people walk away from the movie, I hope they’re going to remember the incredible love that these kids have for each other and how that love needs to be protected and celebrated.”

This should be great and a tough watch for some. An important one for sure. I wish this was getting a theatrical release, but Peacock it is. They/Them will be on the streaming service starting August 5th.

Where Was Obi-Wan Kenobi During Order 66 in Star Wars?