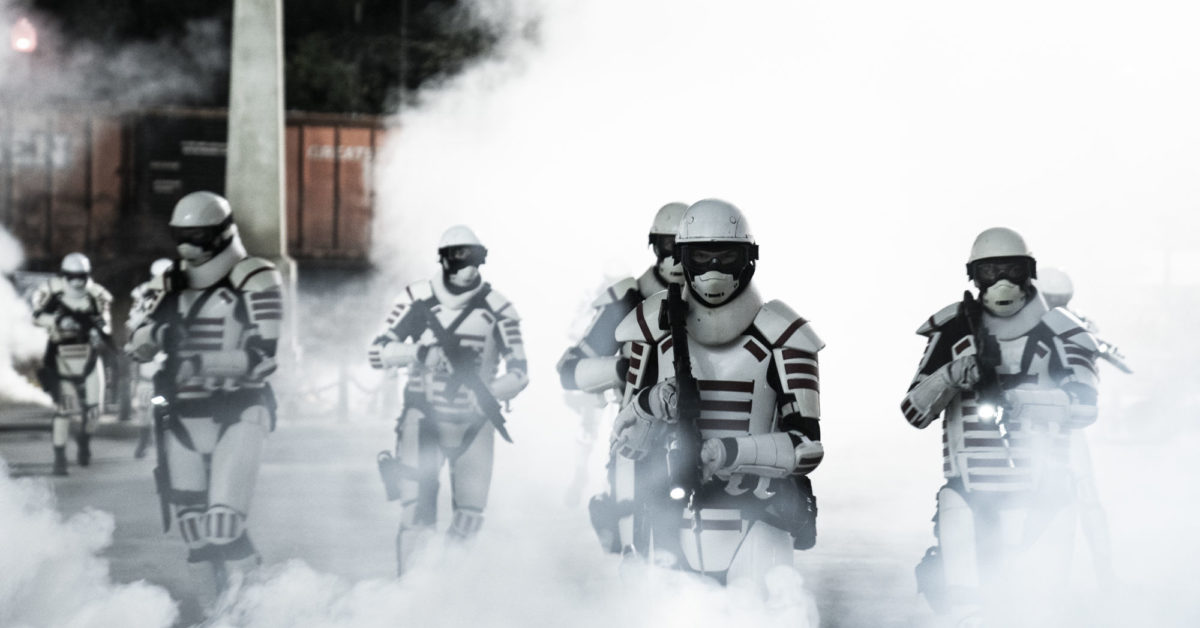 Tonight, Chris Hardwick will be joined by a number of familiar faces for AMC’s Talking Dead: The Walking Dead Universe Preview. As you can guess from the title, we’re expected to learn a whole lot more about the final episodes upcoming spinoffs focusing on Norman Reedus‘ Daryl; Lauren Cohan‘s Maggie & Jeffrey Dean Morgan‘s Negan; Andrew Lincoln‘s Rick & Danai Gurira‘s Michonne, and the August 14th-debuting anthology series Tales of the Walking Dead (and maybe some Fear TWD news?). So what better way to celebrate the occasion than with a look at some preview images for Season 11C of the flagship series? And along with that, we have a look back at the San Diego Comic-Con (SDCC) trailer that was released, as well as an extended overview of the final run:

Now here’s a look back at the SDCC trailer released last month for AMC’s The Walking Dead Season 11 Part 3, with the series set to return on Sunday, October 2nd:

On the heels of the oppressive presence of locusts, an even greater force is bearing down on every single member of each community. With Commonwealth flags raised at Hilltop, Alexandria, and Oceanside, there’s no time to strategize for those on the road. It’s a race against the clock to stay alive and extract those still living in the Commonwealth before Hornsby can execute his revenge.

Inside the Commonwealth, Connie’s article has created more chaos than planned. By exposing the Milton’s corruption, their hope to create a better, more equal, life for all may instead put everyone at risk. With the vast debt our group owes and no other viable place to live, simply leaving has never been an option. But if their next move fails, staying won’t be an option either. What they’re about to embark on will only invite more danger with massive consequences. The clock is ticking for our heroes inside the Commonwealth as well.

As each group continues to get caught in uncontrollable situations, threats lurk around every corner, dead and alive. The looming pressure is cresting towards a day of reckoning for all. Will the sum of their individual journeys cumulate into one, or divide them forever? The fight for a future continues to be exasperated by the ominous population of walkers. Not all will survive, but for some, the walking dead lives on…

Showrunner Angela Kang shared some Season 11 Part 3 intel with the viewers via EW earlier this week. And while there will be a whole ton to cover between now and when the series does return, Kang promises that “there are going to be some twists and turns in the journey, but also some really beautiful emotional scenes,” too. So for this go-around, the franchise’s mastermind teases what the biggest difference is between Parts 2 & 3 for our heroes, as well as what’s ahead when it comes to the roles that Daryl (Norman Reedus) and Carol (Melissa McBride) will play in the show’s endgame.

The Band’s Back together for Season 11 Part 3: “In the second block of episodes, they were sort of torn apart. And in this last block, the gang is back together again, moving with a common purpose. There’s always a particular fun that comes with that for us and for fans who like to see what happens when the group is doing their thing as a unit.”

Daryl Will Step Up as Leader & Father Figure: “Daryl, more and more, is being thrust into the role of a leader. And the way he does it is different than some of the others. His style is not like Rick’s, it’s not like Maggie’s or Ezekiel’s. Daryl is Daryl. He’s not the guy who likes to give a lot of speeches. He kind of likes to do,” Kang explained. “You’re going to see Daryl have to step up in some of his decision-making in some key ways. And he’s going to be very crucial to the way all the events play out in this season. We also need to remember that Daryl is a parental figure to Judith and RJ, and that’s an important part of the story as well — his role with those kids and the things that they’ll all do to protect the children of the apocalypse.”

Carol Has Learned to Be Comfortable Being Carol: “Carol is somebody who’s come so far in her journey, and there’s been times when she’s been really, really tormented about the things she’s had to do, but I think Carol’s in a place of a pragmatic acceptance of the decision she has to make,” Kang shared. “We’ll get to see some really cool moments from Carol as she’s just outwitting and outlasting those that are seeking to do harm to her folks. She gets to have some memorable moments with both villains and our heroes. She’s like a chess master who’s playing 4D chess while other people are just kind of cranking along moment to moment.”

Successfully adapting the impossible after 30 years