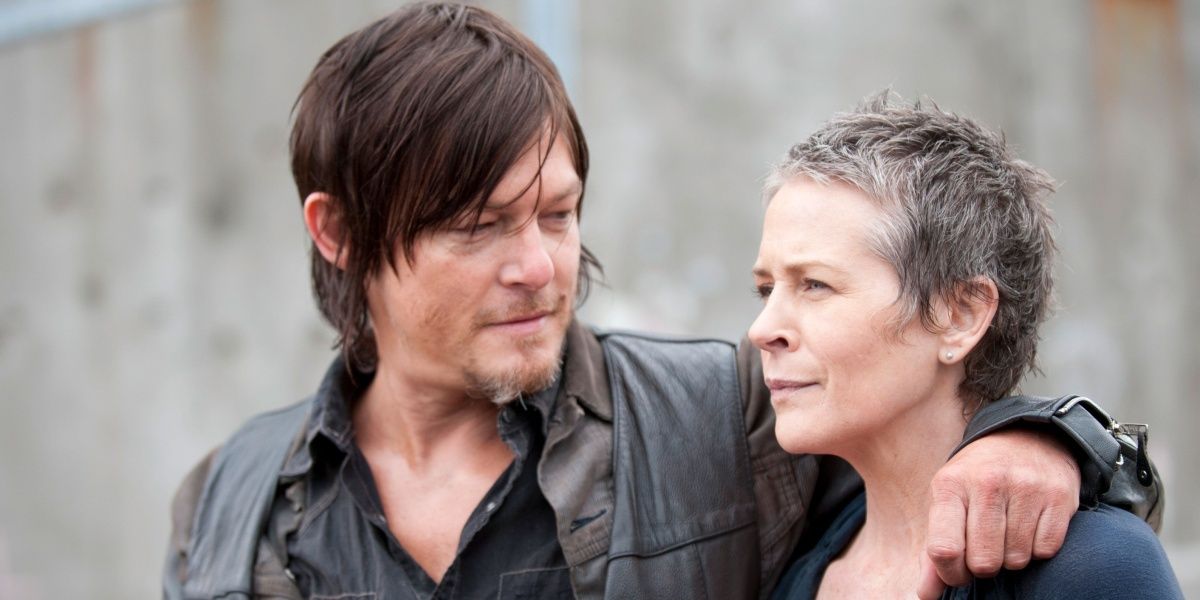 With the parent show of The Walking Dead universe now almost in our rearview mirror, more details have begun to emerge about the upcoming spin-offs lined up to engage fans when the curtains finally come down on the zombie show. One of those is the spin-off focused on Norman Reedus’ Daryl Dixon. Announced to be in development in 2020, the spin-off was initially planned to center on the characters of Daryl and Carol but was later retooled as a Daryl-only spin-off after filming logistics saw Melissa McBride who plays Carol exit the show. However, Reedus has now hinted at a return of his on-screen partner to the upcoming spin-off.

The actor divulged this in a recent interview with Variety. Asked to paint a picture of a Carol-less Daryl world, Reedus simply retorted; “How do you know she’s not gonna come back?” Daryl’s response, though a bit surprising, corresponds with McBride’s earlier indication that her character could return to the Walking Dead universe even after the parent show ends with Season 11. “I feel like Carol has more story to tell,” she had said at the time without completely revealing whether or not she had been back to the spin-off. Explaining the dynamics that led to McBride’s initial exit, Daryl further told Variety;

RELATED: ‘The Walking Dead’s Norman Reedus Says the Daryl Spin-Off Will Have a “Whole Different Vibe”

Back when McBride had announced her exit from the show, Reedus supported and defended her decision, explaining that filming a show for 12 years was a “grueling schedule,” and that McBride deserved some time off if she wanted it. Reedus’ comment on McBride’s exit had squashed speculations of a possible feud between the on-screen friends, and now it seems that their characters will be further explored in the upcoming spin-off. “You don’t, you don’t know she’s not going to show up on the spinoff. I’ll just leave it at that. She’s a very big part of Daryl’s story, It’s all gonna be OK,” Reedus adds of his co-star.

Reedus and McBride’s friendship has extended beyond the screens as both have in the past spoken fondly of each other. “We discovered common interests, shared a bit about family, what brought us here. That meant a lot to me,” McBride once shared of her instant connection with Reedus in the early years of filming The Walking Dead. It will no doubt be interesting to watch their characters continue to evolve, maybe even take their relationship beyond the Platonic level. Reedus has upped fan expectations for the upcoming spin-off saying it’s going to bring a “whole different vibe.” Fingers crossed.

Filming for the spin-off has already begun in France and is expected to premiere on AMC sometime in 2023.

The Iconic Science Fiction of Planet Comics #1, Up for Auction