The Valorant Chamber Nerf Was Too Strong; Here’s How to Fix the Problem 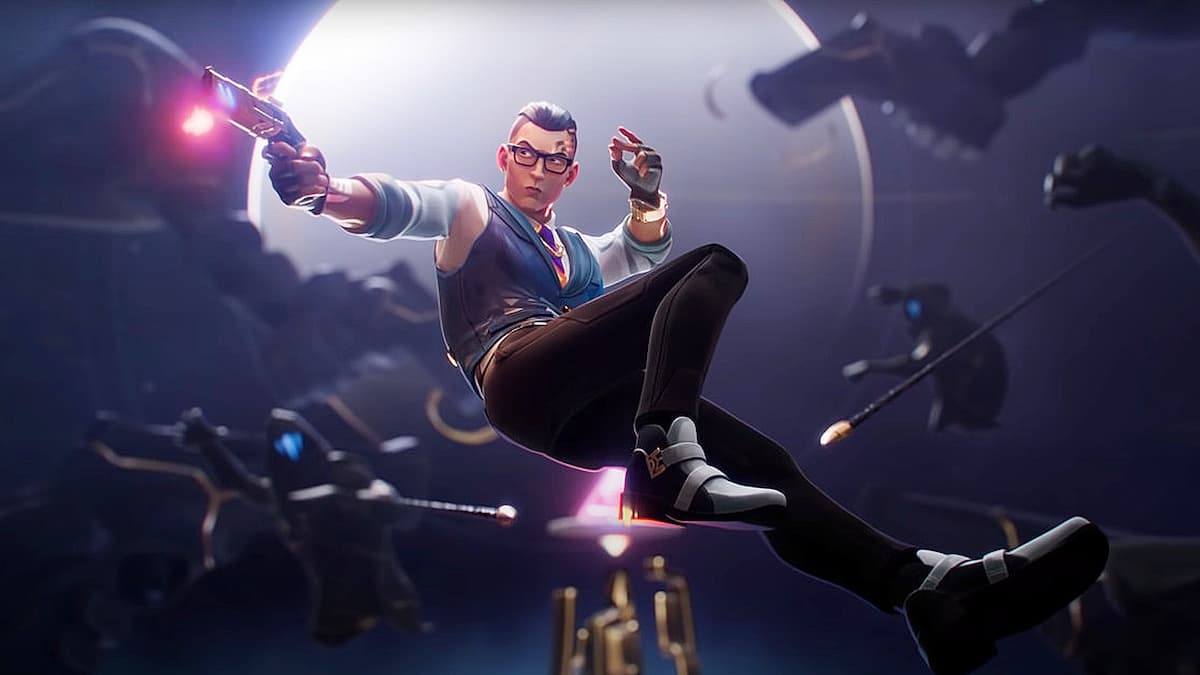 At one point he was Valorant’s most popular Agent, but Chamber has now been smashed so far outside of its meta that it’s almost as though he’s vanished from the game completely. I think we knew his fall from grace would be significant following Riot Games’ big nerf late last year… but not this significant!

Chamber is dead in pro play. Completely and utterly dead. The pick rate from recent esports competitions makes for shocking reading; he’s gone from a 67% pick rate at Champions, 2022 to a sub-5% pick rate at the recent North American Challengers qualifier. Look at the infographics below; it’s literally as though he doesn’t even exist!

Sure, it has to be said that the 67% pick rate at Champions was stupidly high and Chamber’s domination of the meta was far too much last year, but equally, a less than 5% pick rate is silly. The meta has gone from one extreme to the other, and I think it probably needs to be looked at… again.

Yep, The Great Chamber Problem still isn’t over. It’s just been swept under the rug with a nerf that removes him from the game — out of sight, out of mind, right? But destroying Chamber isn’t really a solution. It feels as though Riot gave up on trying to balance the Agent and has opted instead to temporarily delete him from the meta. I’m not a big fan of that approach; all it does is potentially begin a weird cycle whereby the meta is artificially changed according to public opinion. It’s true that something needed to be done, and it’s fair to say the player base was a bit over Chamber’s domination of Valorant, but did we want him nuked?

I’m not exaggerating when I say nuked, either, because even if you’re not into esports and don’t care about pro pick rates, you will surely have noticed that Chamber has disappeared from ranked too. And actually, that was almost the more damning moment for me — when you see that Chamber doesn’t even feature in ranked games anymore. Last year I wrote a piece about Chamber’s second nerf (there have been three attempts to fix him since his launch) and that it was effective at the pro level but not in ranked. I mentioned then that I could always see Chamber being picked for obvious reasons: he has powerful guns for utility, and his teleport allowed him to peek stupid angles that made him a perfect fit for your average ranked demon. I just couldn’t see Chamber players switching out to Cypher and Killjoy even if their utility was a better fit for a certain map.

In reality, though, that’s exactly what’s happened. Well, most of the ranked demons are just instalocking Jett and Reyna, to be fair, but you get my point — even the appeal of a pocket Guardian and an Operator for an ultimate isn’t enough to warrant picking Chamber anymore. He’s done, over, finito in ranked. I have to admit I didn’t see that coming.

So, what’s the answer, then? I think it’s about balance, and there’s an easy solution to the problem that would see Chamber at least register on the meta needle without spoiling the welcome return of Cypher and Killjoy. Riot, if you’re listening, here’s what needs to happen:

Now, I totally get what the goal of the Chamber nerfs was. He’s not supposed to be able to flank watch as effectively as Cypher, and he shouldn’t have such a global impact across the map with long-range teleports. It should also be possible to effectively trade Chamber after he’s teleported away. But the issue with the current state of his utility is the simple fact by design Chamber just isn’t strong enough to site-hold. There’s no way you can justify having him in place of a Cypher or Killjoy when it comes to locking down a choke point or site, and if that’s the only thing he can really do due to his shorter teleport and trip range then that’s a big problem. The concept behind the nerf works, but the utility doesn’t allow it to play out as intended right now.

What we want is to get to a state where Chamber can actually be once again considered for use on maps like Icebox, Fracture, and Haven. Not to dominate, not to be an instapick, but just to factor in as a potential part of a composition. For that to occur we need, for example, the trip to be active in Kitchen when holding B on Icebox. And since a massive (and often overlooked) part of Chamber’s ability to hold sites is about playing rat spots and off-angles, the cast range of his TP and the range of the TP itself need to be higher. Not massively, just a bit. You can see examples below that showcase the sort of ranges I’m talking about. Increasing the distances by just a small amount would still localize Chamber while still allowing him to perform roles that make him a decent option on some maps.

Again, to be clear, I think it’s great that Cypher and Killjoy have found a place in the meta, both as a result of Chamber’s decline and recent buffs to their utility. None of that needs to change, and none of it should change with the buff to Chamber suggested here, which I think would simply balance the meta more evenly across all the sentinels and actually bring Chamber into consideration on some maps.

Of course, the real question is whether Chamber’s eradication from the meta is by design. Did the development team at Riot Games make an error in judgment and nerf the Agent too much, or was the intention to artificially change the meta that public opinion was so against? I hope it was the former and the team is committed to either walking back changes in a way I have suggested or some creative new solution that makes Chamber even slightly more viable.