The Territory Trailer Exposes Criminal Exploitation of the Amazon in Brazil 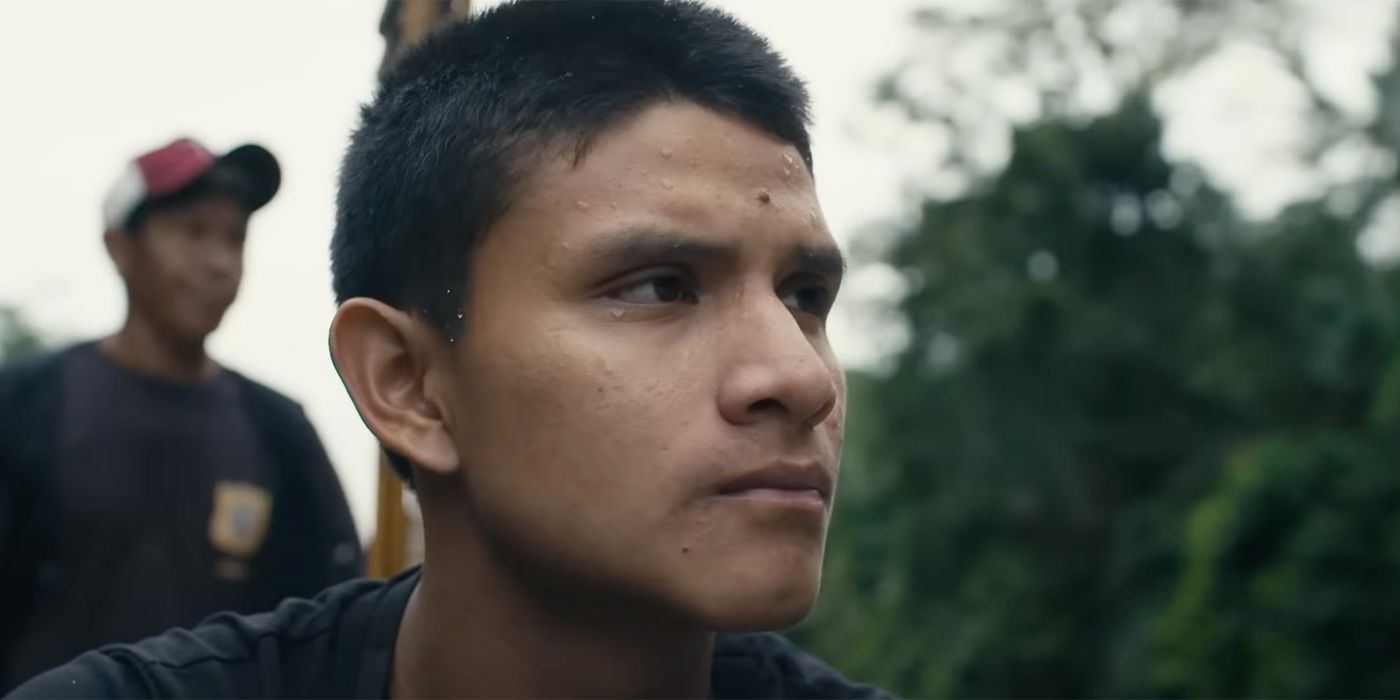 If you’re not in South America, there is a big chance you don’t know what’s been happening in the Amazon. Frequently dubbed “the lungs of the world” due to its dense vegetation, the territory has suffered from illegal deforestation for years. However, in recent years the deforestation has reached unprecedented levels largely thanks to a Brazilian government that not only turns a blind eye to it but also encourages it. The Territory, a documentary that premieres in August, is set to expose what’s been happening in the Amazon over the last three years with important accounts from locals and shocking footage.

The trailer for The Territory reveals yet another piece of history and culture that has been neglected by the Brazilian government: At the risk of their own extinction, the Indigenous Uru-Eu-Wau-Wau people fight tooth and nail against deforestation, but their efforts have been met with severe retaliation by farmers and illegal settlers. The local government has shown no support for the Uru-Eu-Wau-Wau people, which prompted the community itself to form its own news media team to make their voices heard across the world.

Also revealed by the trailer is the overwhelming juxtaposition of the footage that shows the great natural treasure that the Amazon is and the people who carelessly destroy it. Due to its incredibly massive geography, the Amazon is a difficult place to monitor, which makes it a huge advantage for illegal settlers to turn it into a no man’s land with its own set of rules.

Produced by acclaimed filmmakers Sigrid Dyekjær (The Cave) and Darren Aronofsky (mother!), The Territory is coming to theaters in a timely fashion: In the last couple of weeks, activist Bruno Pereira and The Guardian journalist Dom Phillips went missing deep in Amazon. Both men dedicated their lives to exposing illegal fishing, hunting, and mining of the territory, and ongoing investigations repeatedly point to the conclusion that they have been shot to death, possibly due to their working together on exposing illegal activity and violence against Indigenous people.

The Territory premieres in theaters in select cities on August 19, including New York City, Los Angeles, Toronto, Seattle, and Austin. A continued nationwide rollout is set to follow.

‘The Territory’ provides an immersive look at the tireless fight of the Amazon’s Indigenous Uru-Eu-Wau-Wau people against the encroaching deforestation brought by farmers and illegal settlers. With awe-inspiring cinematography showcasing the titular landscape and richly textured sound design, the film takes audiences deep into the Uru-Eu-Wau-Wau community and provides unprecedented access to the farmers and settlers illegally burning and clearing the protected Indigenous land. Partially shot by the Uru-Eu-Wau-Wau people, the film relies on vérité footage captured over three years as the community risks their lives to set up their own news media team in the hopes of exposing the truth.

Xbox Cloud Gaming will soon have mouse and keyboard support