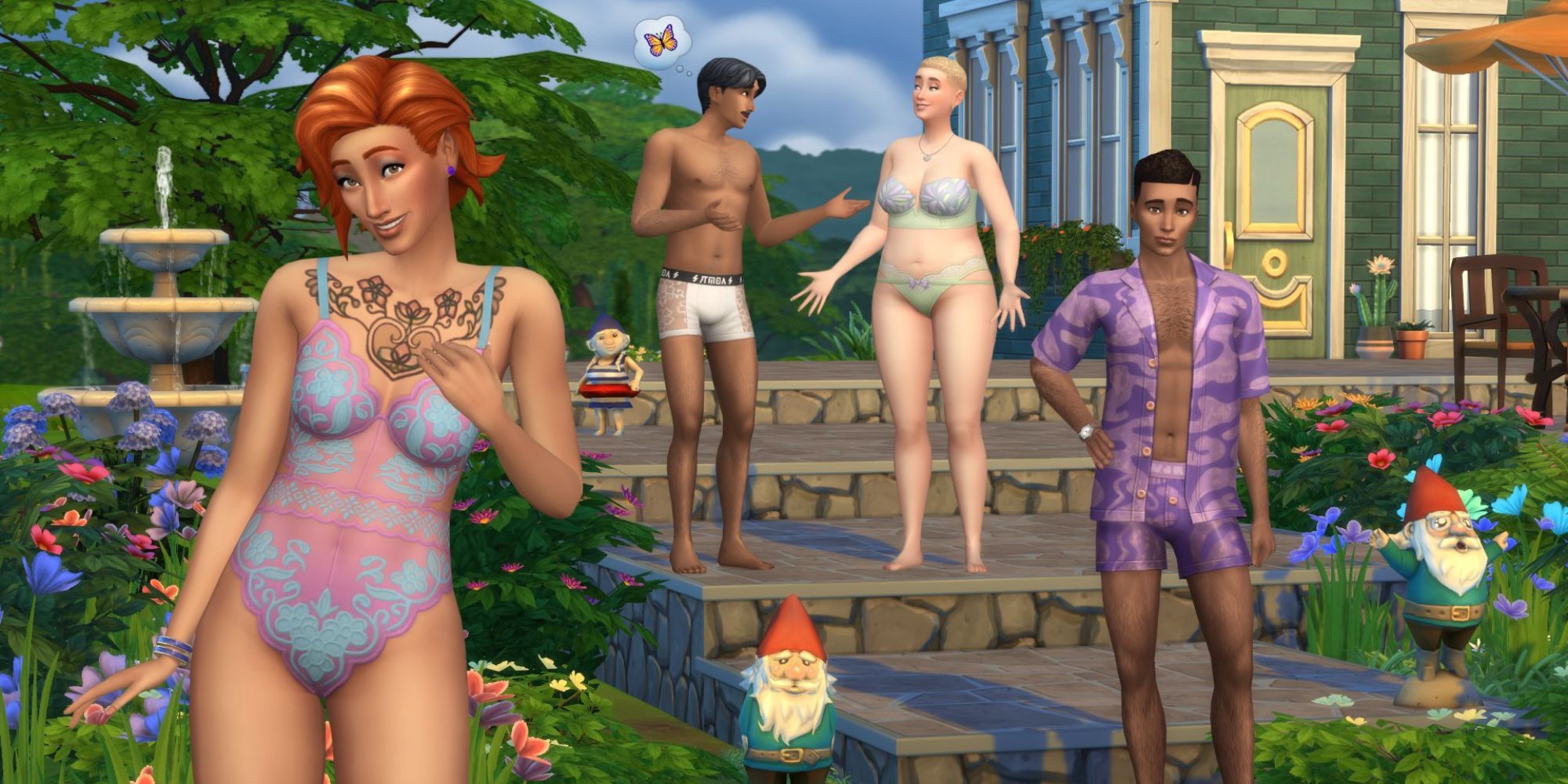 The Simtimates Collection and Bathroom Clutter packs arrive on January 19.

The Sims 4 has announced the release of two kit packs coming later this week on January 19. The Simtimates Collection and Bathroom Clutter kit packs will add another dimension of customization options available to the ever-popular life simulator game. If The Sims stays true to previous patterns, each DLC should be available for around $4.99.

As the name suggests, the Bathroom Clutter pack adds a variety of hair dryers, selections of toothpaste, towels, and other sundry items for players to spice up their Sims bathroom experience.

Where things really get spicy is with the inclusion of the Simtimates Collection Kit, which adds a host of new underwear and lingerie to let your Sims “WooHoo” in style. According to PC Gamer, The Sims has partnered with underwear brand MeUndies to bring the brand’s colorful patterns to the virtual household.

RELATED: 10 Best Sims 4 DLCs, RankedThese two kit packs join the long and varied list of The Sims 4 DLC with no end in sight thanks to the dedicated support of custom content from diehard fans of the series. DLC ranges in size and impact from the innocuous inclusion of individual new hairstyles to the addition of entirely new play areas like high school.

Despite this extensive monetization approach and recent bug debacles, the Sims remains a smash hit. Last year, EA reported the game was played for a total of 1.4 billion hours. This massive recorded playtime could be due to the title going free to play last October. If so this means The Sims 4 may even see an increase in playing time in 2023.

Fans of the game should get their playtime in now, however, as the possible release of a new installment of the franchise looms on the horizon. Following on the heels of the free-to-play announcement, EA revealed details of its next-gen The Sims title, “Project Renee.” It may be about time because The Sims 4 was released in 2014. Even though it may be getting a little long in the tooth, the huge playtime figures and the constant stream of new DLC show that there is an evergreen fanbase for the most curiously interesting topic for video games – our everyday lives.

NEXT: The Sims 4: 10 Essential Cheats