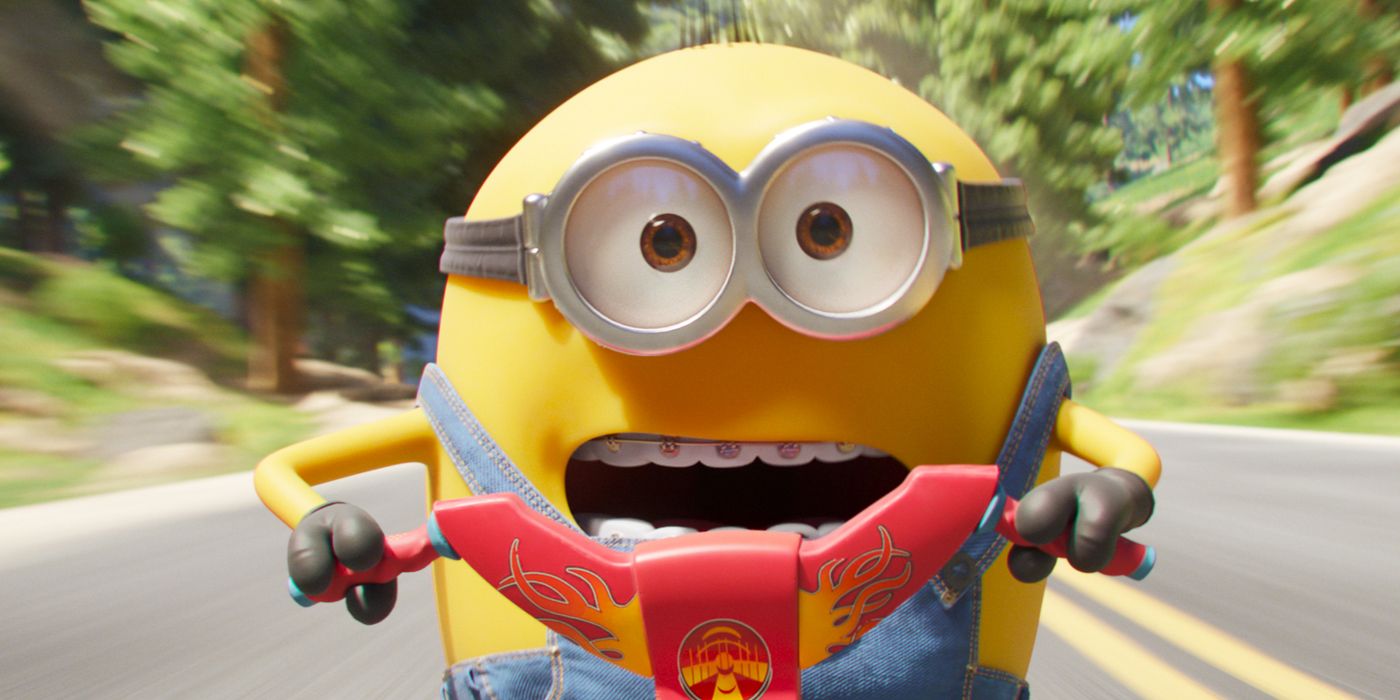 In honor of the newest Despicable Me movie, Minions: The Rise of Gru, a new pop-up vinyl swap shop called Despicable Discs is expected to open to the public in London on June 18 and will be open for a week. The film itself will debut in theaters on July 1.

In the Soho area of London, guests can expect a trip back to the ‘70s where they can swap records for different era items from ‘50s, ‘60s, and ‘70s. The best part about the shop is its overall goal to support charities. Every record swapped for a prize will be donated to Oxfam, a set of charitable organizations on a mission to help end global poverty. From there, the records will be sold to raise money for the cause.

There are other activities guests can expect to find in the groovy pop-up shop. Every day there will be new challenges awaiting to complete along with the option of exploring hidden rooms and photo opportunities. More details regarding the pop-up vinyl swap shop can be found at the main website for the event at EventBrite. There, potential guests can find more details regarding the shop schedule and how to book a visit, as well as the terms and conditions. It is also important to mention that there will be a set number of walk-ins per day.

RELATED: ‘Minions: The Rise of Gru’: Release Date, Trailer, Cast, & Everything We Know So Far

Executive Director at Shaftesbury, Simon Quayle, released a statement regarding the shop, stating:

We are delighted that the ‘Despicable Discs’ pop-up is coming to Carnaby in celebration of the premiere of the second Minions movie. We hope visitors to the area can enjoy transporting back in time to the ‘70s whilst immersing themselves in the vinyl pop up. It is exciting that vinyl lovers can come together to swap vintage records and donate to charity alongside a whole range of immersive Minion themed experiences. It is set to be a fun experience which we hope the whole family can enjoy.

The Despicable Me franchise made its debut with the first release of the same name in 2010. Starring Steve Carell as Gru, a typical supervillain, who finds himself the caretaker of three orphaned girls: Margo, Edith, and Agnes. In his attempt to steal the Moon, he steals a shrink ray from rival supervillain Vector. When things don’t go according to plan, he must choose between the girls and his plans to become the greatest supervillain in existence. The movie received overall positive reviews and several award nominations as well as a win for Favorite Animated Movie by the Nickelodeon’s Kids’ Choice Awards.

After its success, the film would spawn several sequels, prequels, spin-offs, and shorts. The most recent of these is the film Minions: The Rise of Gru, a sequel to the 2015 Minions movie and takes place right after the events of the first film. It follows a 12-year-old Gru as he develops his first evil plan in hopes that he will become a member of his favorite supervillain group the Vicious 6. Things don’t go according to plan, and with the help of the Minions, young Gru finds himself the number one enemy of the group. It’s a tough lesson on learning to accept help portrayed in an unorthodox way, to say the least.

The Despicable Me film has made possible so many creative projects due to its success. This is a really awesome idea to advertise the film that gives a pretty refreshing twist to such a long-running franchise.

Minions: The Rise of Gru will hit theaters July 1.

Jordan Peele’s Nope Will Explore Our Addiction to Spectacle